The European Commission’s document on the credible enlargement perspective for the Western Balkans offers least novelties in the area of the rule of law, assessed Milena Milosevic at a conference organized in Belgrade.

The Conference on the European Union and the Western Balkans was held in Belgrade in organization of the Directorate General for Neighborhood and Enlargement Negotiations of the European Commission, the European Policy Center from Serbia and TEN Network whose member is Institute Alternative. 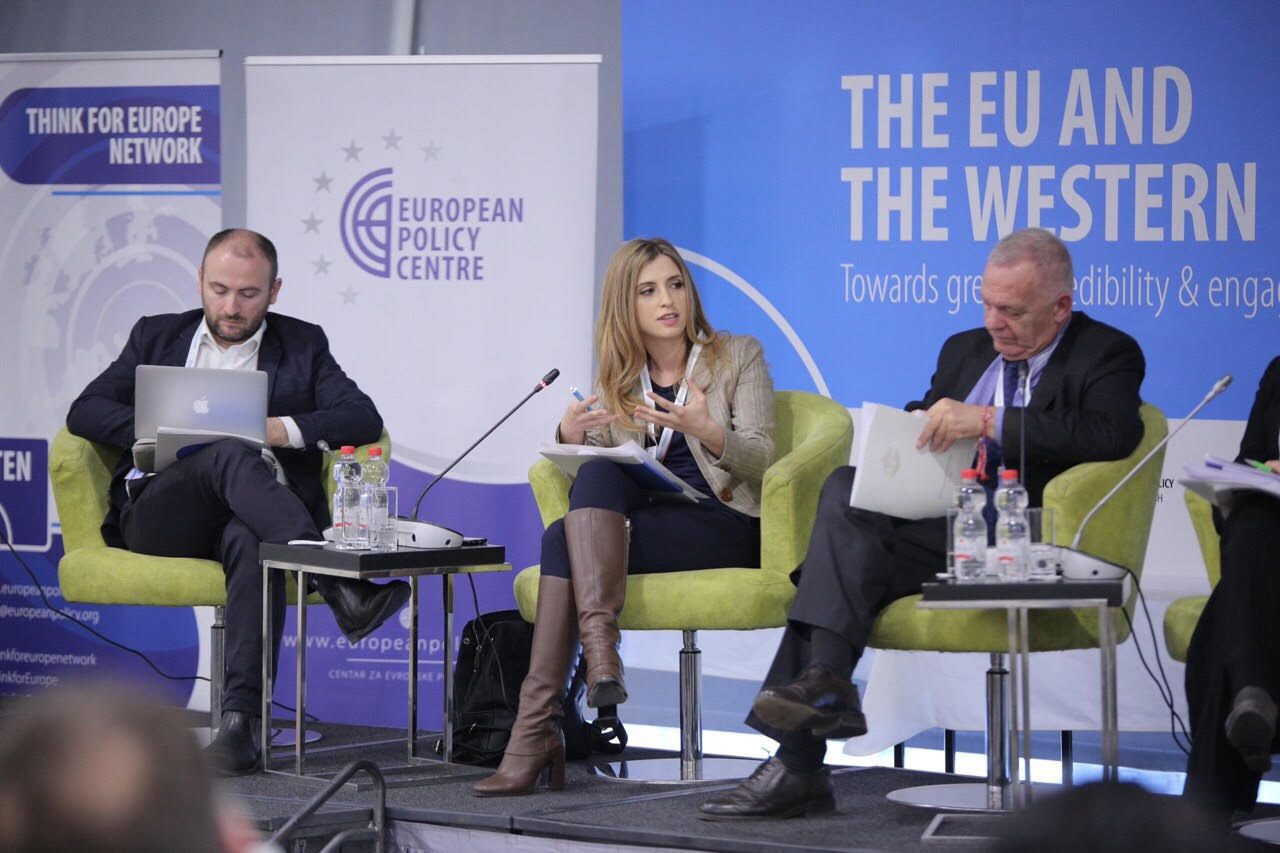 Certain elements of this document, which will officially become the new enlargement strategy after all EU member states confirm it, are not new and it is hard to say in advance how bad or good they are, said Milena Milošević.

She noted that everyone considers the new Enlargement Strategy to be a kind of a “wish list” where everyone’s priorities are to be found. However, it is much more important what will happen on the basis of initiatives proposed by the document.

Milena recalled that the European Commission had previously used special expert missions as well, which are proposed in the document as one of the elements for strengthening the rule of law.

“The role of these missions, however, was problematic. On one hand, they are good for providing evidence of progress on the ground and providing advice about further developments of certain policies to national governments and the European Commission. On the other hand, however, domestic actors often manipulate the findings of these missions to justify certain decisions even though the wider public is not familiar with the opinions of the experts commissioned by the EU, “Milena said.

She added that due to this, Institute Alternative advocated that the reports of expert missions, commissioned by the European Commission, be made public.

It is equally important that implementation of new conditions and mechanisms in the framework of enlargement to the Western Balkans is more transparent than it has been so far.

Ownership of the reforms that stem from the EU conditions and the new enlargement approach is one of the key challenges.

“If it is written in the document that everyone in the region suffers from elements of captured state, and at the same time it seeks reforms ownership from the same persons who are responsible for the state capture, I have no idea how this ownership can be achieved,” she stressed.

We recall, on 6th February this year, the European Commission presented “A credible enlargement perspective for and enhanced EU engagement with the Western Balkans”. The document presents six flagship initiatives for the improvement of the region, related to strengthening the rule of law, good neighborly relations, security and migration, socio-economic development, digitization and strengthening infrastructure and connectivity.

In the area of rule of law, it envisages adoption of detailed action plans for overcoming current difficulties in implementing reforms. Measures are also expected for improving expert missions and measuring judicial reform, introduction of monitoring over important court processes, and establishment of special endowment for democracy with the aim of improving media freedoms.