Skip to content
Institute Alternative » Parliamentary program » While Affairs Pile Up, Parliament Needs to Step In

We have sent proposals to MPs to intensify oversight activities, reminding them that most of the committees have not yet adopted annual activity plans, while they failed to discuss important reports, including the semi-annual report of the police director on the fight against organised crime.

Reiterating the relevance of our last year’s proposals, we pointed out to MPs the importance of their role in monitoring negotiations with the European Union (EU), especially considering the promise of the recently formed Government to intensify workload to meet the EU’s conditionality. The previous Government also adopted an Action Plan to address the recommendations from the 2021 Montenegro Report of the European Commission, but it failed to involve Parliament in its adoption and monitoring. 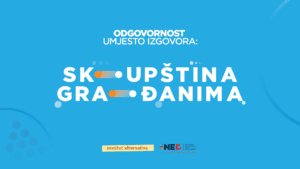 Recent affairs and allegations that high-ranked public officials  were involved in organised crime and corruption require a systematic response and insight into the functionality of internal control mechanisms (General Inspector in the Agency for National Security and Internal Police Control). That is why we called the Anti-Corruption Committee and the Security and Defence Committee to organise joint control hearings and to contribute to shedding a light on evolving corruption scandals and weaknesses of existing internal control mechanisms, which were obviously not effective enough to prevent the worrisome links between organised crime and public officials.

We have also urged the Security and Defence Committee to consider the police report on the fight against organised crime and corruption, which is long overdue, and to seek additional clarifications, especially in the light of the most recent reports which have showcased the level of infiltration of certain organised criminal groups into the security and judiciary sectors.

We have reminded MPs that the reports on the work of judiciary, including the Prosecutorial and the Judicial Councils, have been submitted to the Parliament. We hope that this time MPs will discuss these reports in a more detailed way and that they will offer conclusions and recommendations depending on the information presented in the reports.

In line with our previous recommendations, we believe that the more active role of the committees and the Parliament in monitoring the in-year budget execution is an imperative of more efficient parliamentary oversight. Considering that the ambitious reform called “Europe Now” came into force this year, the responsibility of MPs to get involved in the timely monitoring of budget execution is even greater.

Control and consultative hearings should also encompass subjects and policies, addressed by important reforms, planned laws and recently adopted strategies. We have thus invited MPs to get involved in analysing and regulating the position of the Protector of Property Interests, conflicts of interest in public procurement, security and defence procurement, implementation of the Public Administration Reform Strategy and Ombudsman’s recommendations, resolution of complaints of candidates for public office, and use of early integration measures into the European Union (EU) to promote gender equality.

At the end of 2021 we have published five monitoring reports:

· Committee on Economy, Finance and Budget,

They also offered evidence-based recommendations for improving the work of parliamentary bodies.

Proposals we sent to MPs are available here.