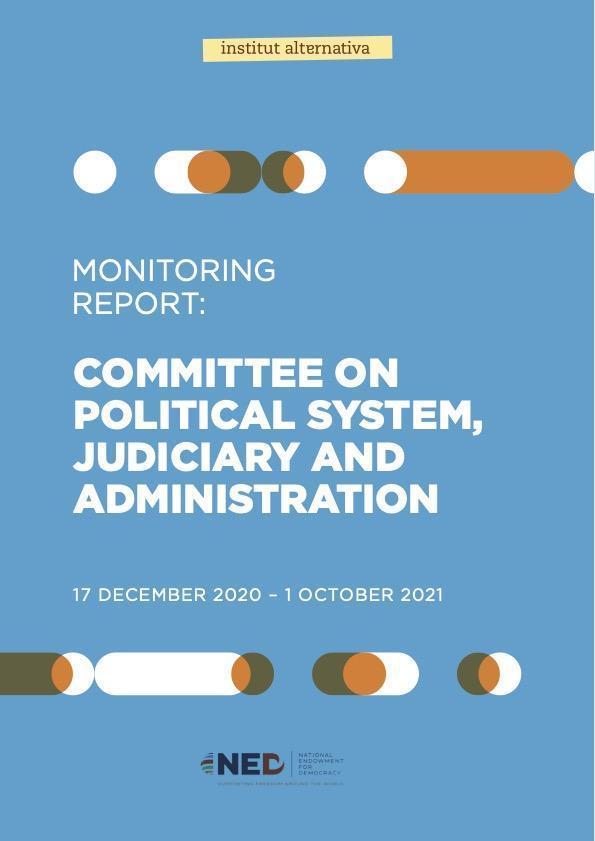 With 24 meetings held and 45 points included in the agendas by October 2021, the Committee on Political System, Judiciary and Administration was the most active one in the 27th Parliament of Montenegro. Overall, this Committee put in 44 hours more than the Anti-corruption Committee, which was the most passive working body of the Parliament during the observed period.

However, the implementation of the Committee’s Work Plan over the three quarters of 2021 was not satisfactory, with just 40% of planned activities implemented. The fact that the Committee was not working at full speed during this period resulted from the poor implementation of the Government Work Programme and delayed tabling of proposals for laws, as well as the stalled legislative activity of the Parliament, noted also in the European Commission’s latest Report on Montenegro.

The Committee on Political System, Judiciary and Administration adopted the Plan for enhanced oversight at its 24th meeting, ten months after establishment. On the occasion, the majority and the opposition expressed conflicting views on the possibilities for adequate discussions on the selected topics. There was no political will to exercise the oversight function prior to the mentioned initiative, as the Committee held only one control hearing and the opposition did not initiate any hearings during this period.

In order to improve the work of the Committee, it is necessary for opposition to initiate the exercise of the control role of Committee, to organize consultative hearings to consider relevant acts, and to strengthen the professional capacities of staff in the Committee Secretariat.