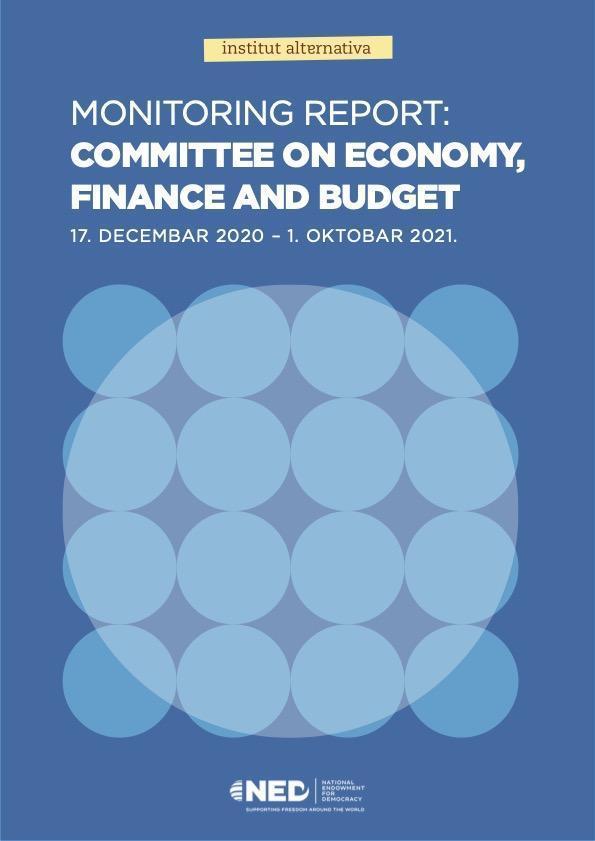 Most of the activities of the Committee on Economy, Finance and Budget fall within the scope of its legislative function, and are driven by the numerous acts of the regulators that are in the competence of this working body. Despite the ambitious Work Plan for 2021, the work of the Committee is faced with a standstill, bearing in mind that a meeting was not convened for three months. Only a quarter of the planned activities were implemented in the first three quarters of 2021.

The Committee does not consider the effects that the draft laws will have on the state budget in sufficient detail. There was no detailed discussion by MPs, and the law introducing child allowance was adopted in the plenary, although the Committee on Economy, Finance and Budget did not have insight into the necessary budget expenditures for this purpose, so it could not assess the effect on the budget.

The fact that the Draft Law on Amendments to the Law on Tax Administration, although sent for adoption in an expedited procedure, has been waiting for consideration for five months, speaks of the insufficient passage of government legislative proposals in the Parliament.