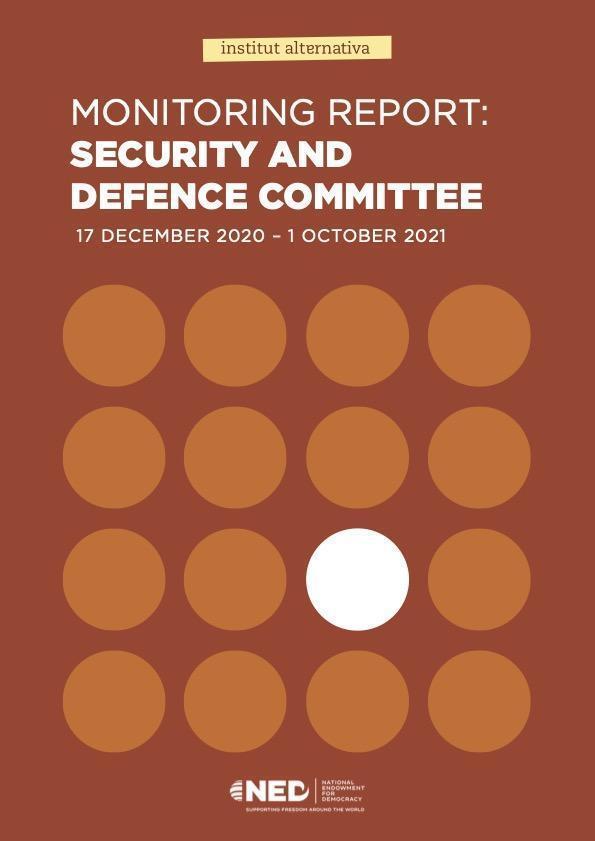 In the first three quarters of 2021, the Security and Defence Committee has been the most active parliamentary working body in terms of exercising the control function, bearing in mind that this committee held as many as two thirds of all control hearings in all working bodies of the Parliament during the first three quarters. In the period from December 17, 2020 to October 1, 2021 the Committee held seven sessions during which control hearings of 15 representatives of the executive power were conducted, while there were no consultative hearings.

However, the Committee predominantly exercised its control function through control hearings, while considerations of reports on performance and the situation in the security and defence sector was not sufficiently employed as a control mechanism. Additionally, the Security and Defence Committee has particularly neglected its role in controlling budget execution.

On the other hand, the Committee’s openness to opposition proposals is worth mentioning as a point of improvement in its overall performance. The fact that all three opposition initiatives to hold control hearings were accepted by the majority of Committee members, and that they resulted in scheduling control hearings of representatives of the executive, can serve as a positive example to other parliamentary working bodies.

In order to improve the work of the Committee, it is necessary to employ the institute of an interested working body and consider those draft laws that are relevant to the security and defence sector, and to propose conclusions and recommendations on reviewed reports and control hearings.