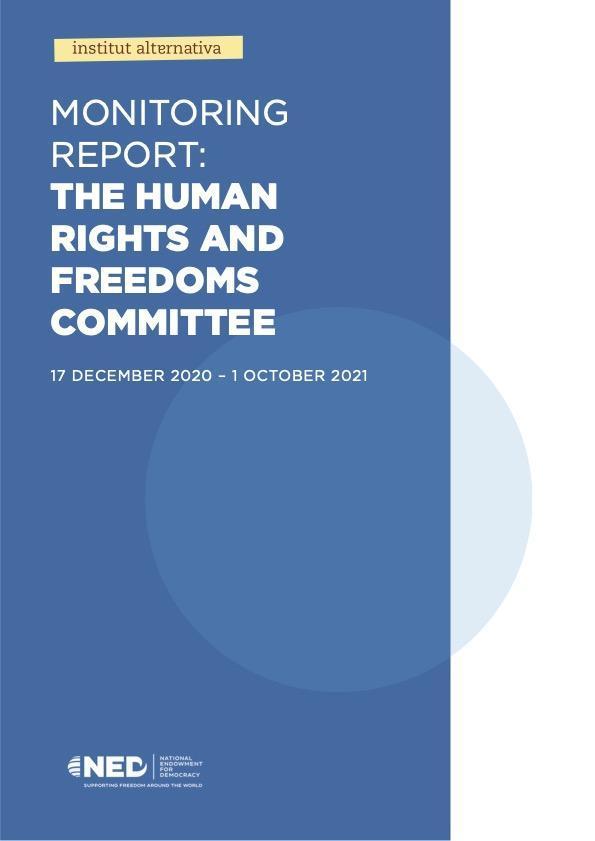 During the first three quarters of 2021, the work of the Human Rights and Freedoms Committee was marked by the opposition boycott. On average, its meetings were attended by just 1.3 opposition members. In addition, the Committee’s activity plan for this year was not prepared in time and was adopted as late as April 2021; this was in part prompted by the delayed adoption of the Government Work Programme for 2021.

The boycott of the opposition members led to the absence of any initiatives for a stronger oversight role of the Committee. During the 13 Committee meetings, the MPs tabled no initiatives for control or consultative hearings. The three hearings included in the Committee’s Work Plan were not held either.

The Parliament’s Rules of Procedure do not stipulate clear criteria and procedures for the involvement of external stakeholders in the law-making process, which leads to unequal treatment. During the period covered by this Report, although it involved a large number of representatives of institutions, international organisations and the civil sector - the Committee did not demonstrate openness to the involvement of all stakeholders, as the Committee Chair rejected the Montenegrin Orthodox Church request to attend a meeting.

The Human Rights and Freedoms Committee stood out in terms of the number of conclusions and recommendations that it shared with the relevant institutions, for their information and follow-up action. However, no conclusions or recommendations for improvement were provided concerning the two reviewed reports on the state of personal data protection and access to information that were not endorsed by the Committee members.