Skip to content
Institute Alternative » Security and defense » Should NSA records be open?

I think there is no simple answer to the question of whether the records of NSA should be open and whether broader social consensus on this issue is necessary.

The positive side of it would be dealing with the past, especially with repressive character of the communist period and, of course, the system that followed. Both systems have had the unjustified victims, among others, persons who were under surveillance because of their political views, even though they had a constitutionally guaranteed right to freedom of speech and opinion.

The difference between an individual who poses and does not pose a risk to national security is not in opinions, but in methods for achieving a particular goal, and only if the methods are violent, NSA has the statutory authority to document such action and report it to the competent authorities.

However, reason for resistance in opening the records lays in suspicion of the accuracy of data in those records, which could lead to some people being unreasonably defamed, whether there are characterized as a potential risk due to certain effects, or whether they are named as contributors to the service.

The intelligence work is considerably subjective because it is a matter of someone’s interpretation of our activity. Precisely for this reason, the law provides court and parliamentary control of the intelligence service, as well as oversight by independent institutions such as Ombudsman and the Personal Data Protection Agency. However, in Montenegro, despite good legal bases for control, no monitoring practice has been developed and none of these bodies conduct regular controls.

Since I do not believe there is any chance in opening of these files, because I do not see that there is a critical mass of citizens who would put pressure on the government in order for something like this to happen, I think it is essential that the supervisory authorities begin to do their job and, instead of citizens, oversight NSA in its premises, controlling each paper and each operation as required by law.

If you are interested in this topic, you can look at very interesting piece on eavesdropping in TV Magazine (RTCG) where our Dina Bajramspahić has spoken on the topic. 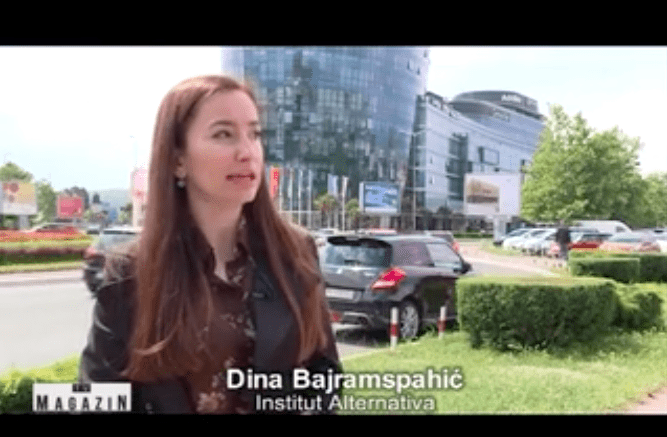