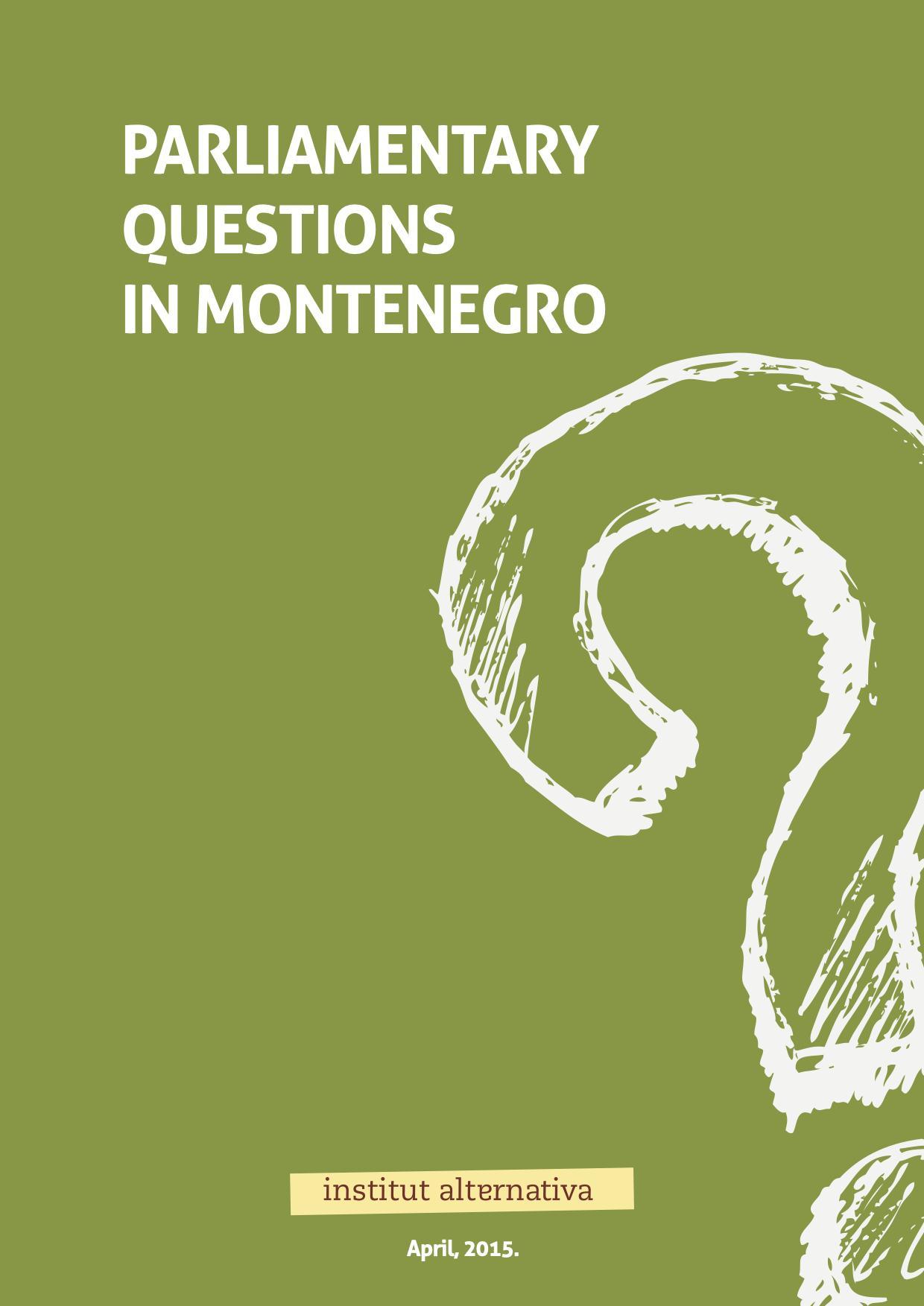 Questions to the PM and the ministers are a significant instrument of parliamentary control and an important channel for informing the public about the most relevant topics for the whole of society. An added benefit of the control mechanism of asking questions of the executive branch is that it is being broadcast live on TV and on the Parliament’s YouTube channel, allowing MPs to attract the broader public’s attention to important topics.

Owing to the fact that the questions are published at the Parliament’s website, it is possible to analyse which areas of control the MPs/political parties are interested in and to what extent, to what degree the MPs deal with citizens’ problems and interests, as well as whether the questions are used solely for political promotion of the MPs and parties. The MPs communicate directly with the executive, and they ‘test’ the ability of the state authorities to respond with good arguments and facts to the questions they are being asked.

The impact analysis of the parliamentary questions and the Premier’s Hour as control mechanisms available to MPs was conducted on the basis of a detailed overview of all the questions publicly available for 2013 and 2014 and the ministries’ responses.

The qualitative assessment of the impact of the control mechanisms in practice was done through conducting in-depth interviews with eight MPs in December 2014, the Secretary General of the Parliament, and the Secretaries at the Ministry of Justice and Ministry of the Interior. In choosing our interlocutors we ensured the representation of all MPs’ clubs as well as gender balance, and we took into consideration the previous practices in using this mechanism by the MPs.