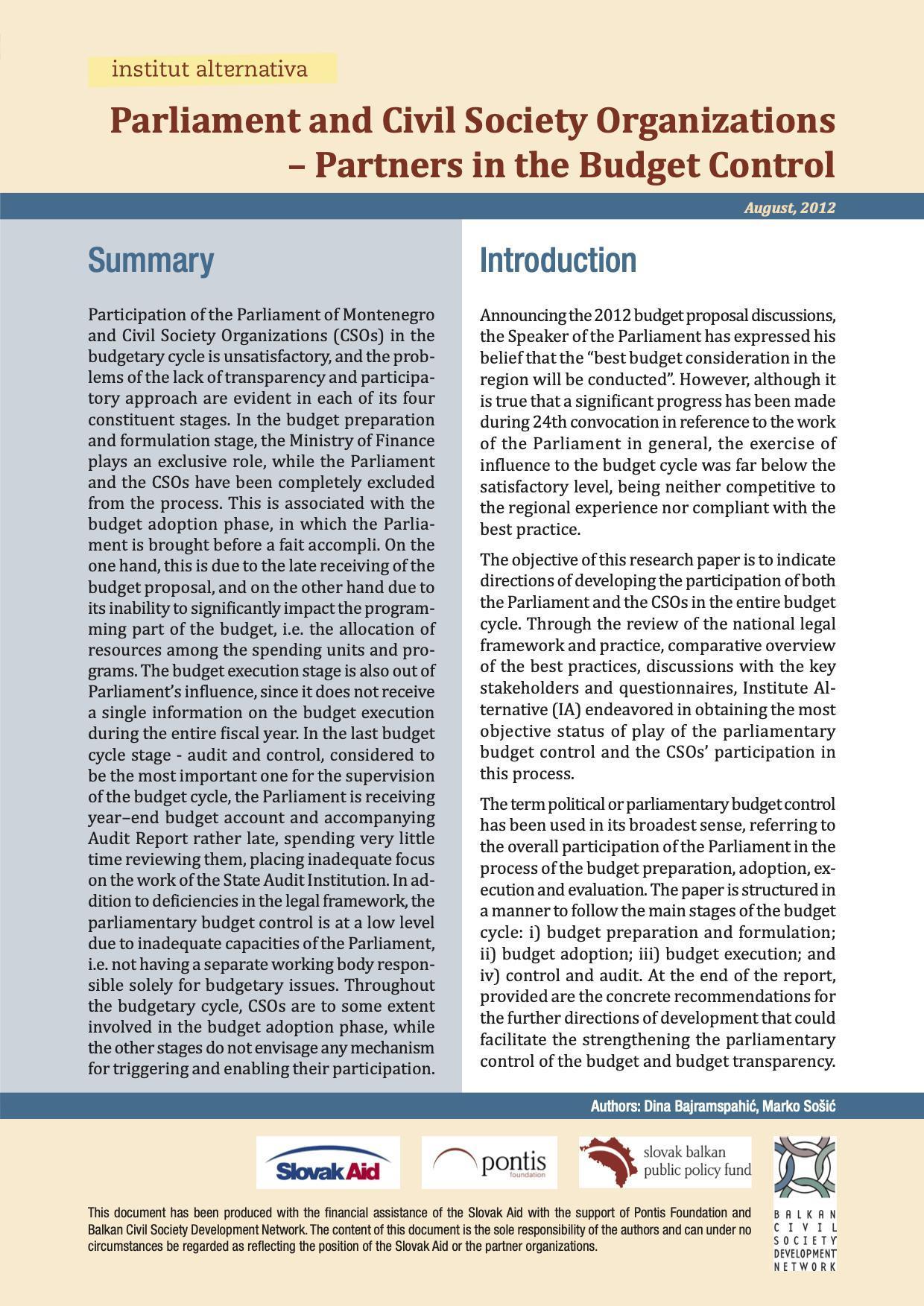 Announcing the 2012 budget proposal discussions, the Speaker of the Parliament has expressed his belief that the “best budget consideration in the region will be conducted”. However, although it is true that a significant progress has been made during 24th convocation in reference to the work of the Parliament in general, the exercise of influence to the budget cycle was far below the satisfactory level, being neither competitive to the regional experience nor compliant with the best practice.

The objective of this research paper is to indicate directions of developing the participation of both the Parliament and the CSOs in the entire budget cycle. Through the review of the national legal framework and practice, comparative overview of the best practices, discussions with the key stakeholders and questionnaires, Institute Alternative (IA) endeavored in obtaining the most objective status of play of the parliamentary budget control and the CSOs’ participation in this process.

The term political or parliamentary budget control has been used in its broadest sense, referring to the overall participation of the Parliament in the process of the budget preparation, adoption, execution and evaluation. The paper is structured in a manner to follow the main stages of the budget cycle: i) budget preparation and formulation; ii) budget adoption; iii) budget execution; and iv) control and audit. At the end of the report, provided are the concrete recommendations for the further directions of development that could facilitate the strengthening the parliamentary control of the budget and budget transparency.