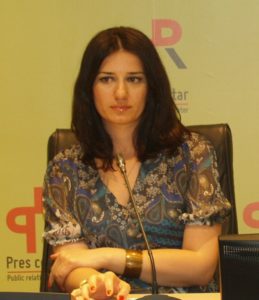 ““The European Union will not allow repetition of Romania and Bulgaria”, “Problems of organized crime and corruption in Montenegro caused that the most difficult chapters will be opened at the beginning of negotiations”, “EUROPOL investigate the relationship of the underground and politicians.” These are just certain sentences used by different domestic and international political entities in order to “explain” a new, more difficult, approach to negotiations with the EU, which started with Montenegro. What it actually means and how it will affect the obligations of the State in the negotiation process?

The entire Montenegrin political circles welcomed the decision of the Council of the European Union from 26 June 2012 (confirmed by the European Council three days later) on the beginning of negotiations for membership in the Union. However, this euphoria was shadowed with the Council’s request in which the reports on compliance of Montenegrin legislation with the acquis under chapter 23 and 24 must be accompanied by a report of the European Police Office (EUROPOL) on the state of organized crime in the country. Such an unexpected development is another in a series of stringent criteria for membership which, according to announcements by Swedish foreign minister – who insisted on it, will also apply to the following candidate countries. As a reminder, the decision to start negotiations with chapters relating to the judiciary, human rights, the fight against corruption and organized crime, is also a novelty. And although it is often misinterpreted, this means that chapters 23 and 24 will be “opened” during the entire negotiation process. The negotiations within these two chapters will scroll off along with other chapters. This approach allows the EC/EU more time to monitor progress in particularly sensitive, listed, fields, which is necessary for successful integration of the country into the EU, without disrupting the functioning of the internal political and economic system of this supranational formation.

The beginning of negotiations is a success itself. Continued political blockade of the negotiations with Macedonia supports this conclusion. Montenegro should not be burdened with similar foreign policy barriers in this process. It remains, therefore, that Montenegro have “only” to fulfill the process of harmonization. With a comprehensive and systematic fight against corruption and organized crime. Taking into account first, legislative, condition, intensive lawmaking activity must be adequately monitored alongside with improvement of its enforcement. The obstacle in this direction is a highly politicized and limited state administration.

In the second case, the situation is complex and implies a number of conclusions. Current progress in these areas is sufficient to start the negotiations. The process of negotiations will create additional pressure, momentum and commitment for accelerated prosecution of cases related to the fight against corruption and organized crime. Beyond the need to strengthen inter-sectoral cooperation (particularly the police and prosecution), it is necessary to improve the capacity for financial investigations and confiscation of illegally acquired assets. However, for fight against corruption and organized crime, equally important, is the segment of the political commitment to eliminate this phenomenon in society. The task is even more complicated as the corruption and organized crime are usually associated with the political leadership.

It is certain that the first next step in fulfilling the EU requirements will be determined by assessment of the European Commission on the review of legislation under Chapter 23 and 24. This report should be submitted by the end of the year, and will also include EUROPOL’s reflections on the problems of drug trafficking, money laundering, trafficking in stolen vehicles, etc. The report will comprise benchmarks for opening negotiations on issues / areas within chapters 23 and 24. The practice shows that the benchmarks entailed the development of action plans to improve areas that are subject to negotiations. Report on compliance legislation will not be public, and whether the EC will allow public access to the EUROPOL report remains to be seen.

Taking into account the current course of fulfilling the obligations within the European agenda, the adoption of the action plans is expected in the fall 2013. Once negotiations are opened, progress will depend on the pace of reform process. Hence it can already be said that the new government will have serious challenges. In case that it really want to avoid (time) dynamics of the negotiations of Turkey.