While the Government is implementing austerity measures by reducing social welfare, for lost judicial and labor disputes, it paid 71 million euros in the last four years. Regardless of these high costs, competent authorities do not bear consequences for mistakes and non-compliance with their contractual and legal obligations.

“The fact that tax payers paid more than 70 million euros since 2012 for labor disputes indicates the collapse of the principle of accountability and sanctions in public administration,” said deputy of SNP, Aleksandar Damjanovic, for the Center for Investigative Reporting (CIN-CG). He pointed out that, if it continues this way, the figure could exceed a hundred million euros during this and the next year.

New levies are introduced and vested rights of socially vulnerable groups are diminishing, Damjanović says, instead of “naming and shaming” those who are accountable for millions lost on court expenses.

“Wrong and illegal action or inaction of part of the state administration results in an enormous damage paid by the state, which counts in millions. For those purposes, the state spends annually, on average, the sum, which is almost the same as the amount reduced by the Government from the so-called ‘compensation for mothers’ (with three and more children)“, explains one of the leaders of the SNP.

The State Audit Institution (SAI) earlier this year reported high legal expenses on the basis of labor disputes, which are paid from the state budget. Auditors found that civil servants usually launch labor disputes against the ministries of interior, defense, justice and finance. These ministries were thus required, among other things, to enforce final verdicts and avoid uneconomical spending of budgetary funds; to determine the method of keeping records of disputes; to appoint persons responsible for cooperation with the Protector of Property and Legal Interests; but also to analyze the causes of disputes. Ministries were given six months to comply with the recommendations from the report.

A member of the Senate of State Audit Institution, Branislav Radulovic, said for Centre for Investigative Reporting in Montenegro that Ministry of Finance, in accordance with the recommendations, must plan expenditures for court disputes based on realistic projections. He stressed that the funds for court expenses should be planned in the budget units allocated to specific institutions, in order to be able to pay money based on final verdict, within the legal deadline. Despite the SAI’s recommendations to institutions to enforce court verdicts, funds for these expenditures very often are not planned in the budget. As a consequence, debts are accumulated and they are still piling up, due to the interest rates.

Centre for Investigative Reporting in Montenegro obtained a response of the Ministry of Justice to the recommendations of the SAI based on the request for free access to information. This Ministry argues that large number of complaints are because of the unpaid overtime work of employees in the Institute for Execution of Criminal Sanctions. It further claims that the management of the Institute had requested funds for overtime work in their budget plan proposal during previous three years, but the Law on Budget never approved the required funds.

“So far, Ministry of Justice planned in the budget item for ‘court rulings’ funds in the amount of one euro, in accordance with the instructions of the Ministries of Finance,” states the report submitted by the Ministry.

Ministry of Interior also has not foreseen any funds for court rulings this year. This means that recommendations of SAI for enforcement of final court verdicts were not implemented.

The MoI explained that it keeps electronic records of all suits submitted against the Ministry since 2013. There is also a unit dealing with the Protector of Property and Legal interests and the Agency for peaceful settlement of litigation.

“In next year’s budget, the Government provides only 1.87 million for this purpose. That does not correspond to real needs and it suggests that other budget projections are also not based on facts and logics”, Aleksandar Damjanovic warns. He adds that, not only that the Government does not respect the SAI’s recommendations, but it also does not respect their own views “that budget of institutions responsible for this damage (high court expenses) should be reduced, which would introduce the principle of accountability for the people’s money”.

Institute Alternative points out that the state spends a lot of funds on mistakes of state authorities and that it is well illustrated in the “Limenka” case. 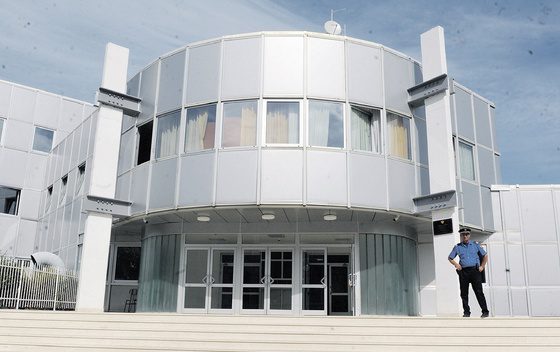 “In this case, failure of Police Administration and Ministry of Interior to comply with contractual obligations regarding the sale of land to the brother of Prime Minister Milo Djukanovic costed the country more than 10 million euros (the so-called “Tin” case). This is only an illustration of how obligations undertaken by the state can have a negative impact on the state budget and, therefore, on citizens, ” it is pointed out in the IA publication.

Millions from “Tin” case (“Limenka”) were paid by the citizens, not by accountable individuals who have enabled by their reckless action the Prime Minister’s brother to gain huge amount of money in dispute with the state. Finally, the following question arises: are these mistakes intentional?

According to the IA research, only two senior managers were dismissed due to “performance of duty in unprofessional and reckless manner, or unlawful work and task performance “.

The ministries of labour and justice have not conducted any disciplinary procedure since 2013, even though these are known as the state authorities against which employees often file complaints which often have a positive judicial outcome. During this and previous year, the MoI conducted only one disciplinary procedure, and two in 2014 against civil servants for misinforming the citizens. They were fined with 20% salary reduction.

The Ministry of Finance fined one civil servant last year, on the grounds of improper use and allocation of funds, which caused damage to the state authority. During 2014, one state employee was financially sanctioned due to unjustified absence from work.

IA’s data show that the same year, one state employee of the Ministry of Finance was fired, but this authority provided no information on the type of violation of duty committed in this case.

The Protector is overloaded, with no capacity to deal with the problem

According to the IA findings, the work of the Protector of Property and Legal Interests, the institution that was established six years ago within the Ministry of Finance and has the primary task to represent state authorities in disputes, is questionable.

IA’s information show that, out of the total number of cases completed in 2014 and 2015, the Protector defended state administration bodies in 6.194 cases, and sued other subjects on their behalf in only 27 cases. This institution rarely resorts to the out-of-court dispute resolution, as one of the possible tools to reduce the workload, even though this year certain positive progress was noted.

In its publication “What does the Protector protect?“, IA points out that the available reports on the Protector are not informative enough, as well as that the Government has never discussed the 2012 and 2013 annual activity reports of the institution. The Protector has, in its most recent report, complained about poor communication with state authorities, which do not have contact persons for delivering necessary information for a timely dispute settlement.

IA also points out that the institution is swamped with cases, given that last year only it acted in 15.486 disputes. This means that there were 1.406 cases per an employee of the Protector, as the legal representatives of state authorities in this institution.

Author: Ana Komatina
The article was originaly published on the internet page of the Centre for Investigative Reporting.
Here you can read the research story in Albanian.

This article has been produced with the assistance of the European Union within the project “Civil Society for Good Governance: To Act and Account”, implemented by Institute Alternative, Bonum, Natura, Novi horizont and Centre for Investigative Journalism. The contents of this article are the sole responsibility of the authors and can in no way be taken to reflect the views of the European Union.