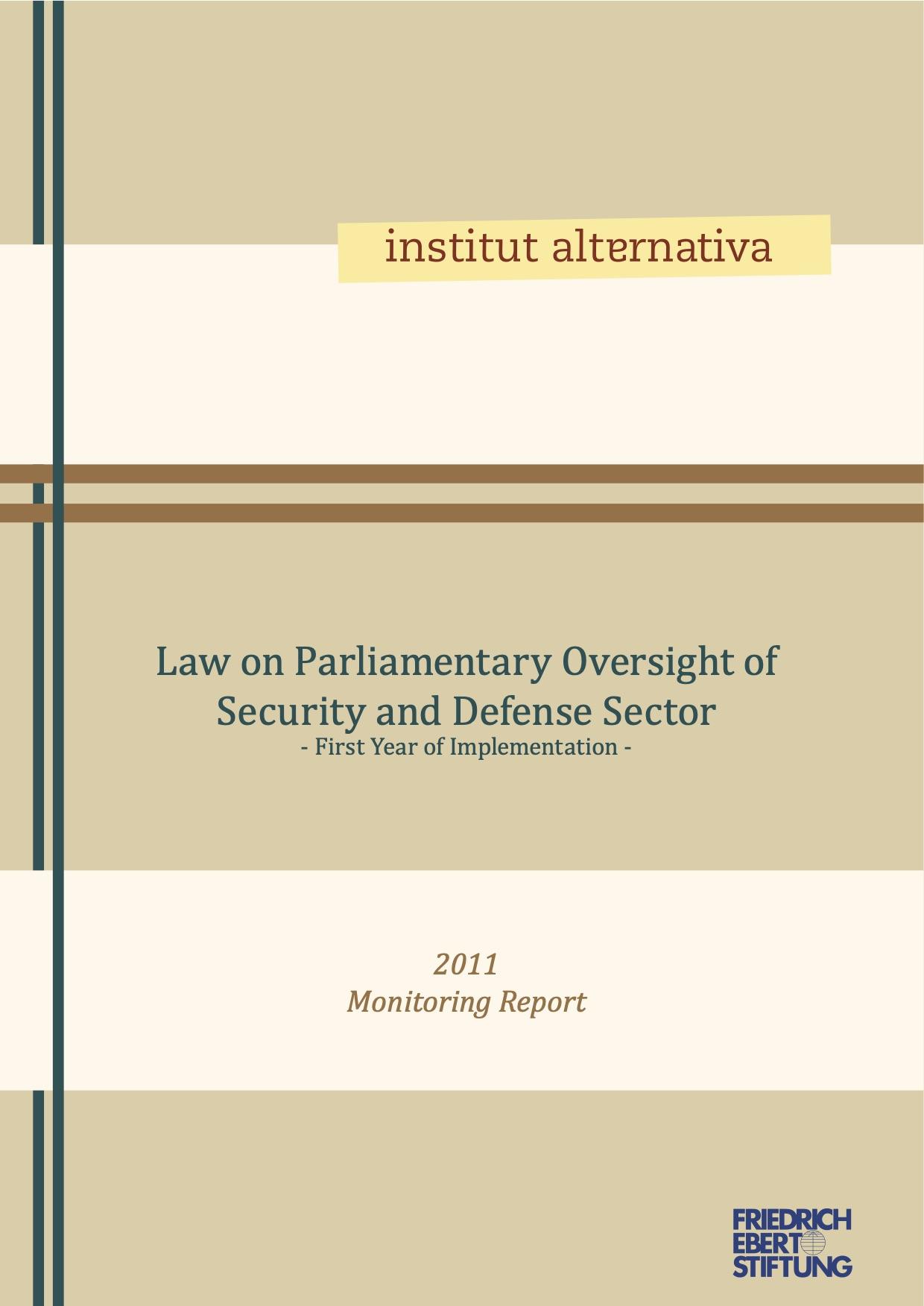 The Law on Parliamentary Oversight of Defense and Security Sector was unanimously adopted by the Parliament of Montenegro in December 2010, after nearly three years since the conception of idea of the need for its adoption.

The basic objective of the Law was to enable the Parliament of Montenegro, directly through the Committee for Defense and Security conducting the oversight of authorities in charge of security and defense, to ensure the protection of citizens’ freedoms and rights against possible abuse, as well as to contribute to the development of a comprehensive and modern security system of Montenegro.

The Law specifies the manner of conducting parliamentary oversight of actions of authorities and institutions dealing with the security and defense issues, their duties, as well as the relationship of the Committee for Defense and Security to the Parliament and Government of Montenegro.

The authors of this paper endeavored in providing an objective and comprehensive overview of the work of both the Parliament and the Committee for Defense and Security in 2011, being important as the first year of implementation of the Law on Parliamentary Oversight of Defense and Security Sector. The scope of this paper is not limited to the numbers and statistical data, and it simultaneously represents an overview of meeting the key competences defined by the Law and Rules of Procedures of the Parliament. Furthermore, the objective of the paper is to underline the problems encountered in the parliamentary oversight functioning, as well as to emphasize that the Law has failed in thoroughly addressing certain issues that the authors of this paper have raised during its development.

With this paper, the Institute Alternative aims at strengthening the discussion and public dialogue tradition in reference to the work of the Committee for Defense and Security and, generally, the functioning of the parliamentary oversight of the defense and security sector.

This is the first in a series of annual reports through which we will endeavor in developing the oversight methodology of both the Parliament and the Committee in reference to this issue, benchmarking the fulfillment of the legal provisions, and finally to assist in the process of planning the parliamentary oversight performance.