The president of the Managing board of the Institute Alternative, Stevo Muk, has given an interview for the daily newspaper “Dan”. Topics of the interview range from daily political issues, relations in the ruling party coalition, over questions related to the negotiation process with the EU up to some of findings of Institute Alternative in the fields of the Public administration reform and the Security sector reform. Interview published on August 6th can be read here:

Do you expect the coalition DPS-SDP to fall apart soon?

That coalition has de facto already fallen apart, but it is possible that it formally 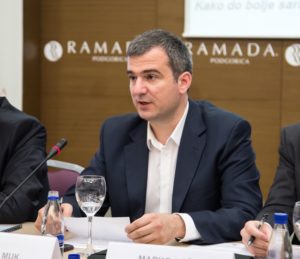 endures even until next parliamentary elections. Now no actor has the interest to terminate the mandate of the Government and to run for new elections. DPS wants to maintain the stability of the Government towards expected NATO invitation and the new European Commission Progress Report. It is obvious that all actors, DPS, part of the former SDP led by Krivokapić and even Social Democrats led by Ivan Brajović who now have two ministers in this Government have the intention of maintaining the status quo. While the part of the opposition has expected that Krivokapić and SDP set the motion of no confidence to the Government, without any doubt they see keeping their places in Government as the best way to consolidate internal forces, while the management of the political resources as still most efficient modus to achieve success in next elections. I wouldn’t say that the statement by Positive Montenegro that they would support the current Government if SDP left has contributed to that kind of attitude of SDP. In my opinion, it is easier to welcome elections as the part of the Government rather than as a part of the opposition. Also, it seems that Social Democrats have clear pre-election coalition path, while the SDP doesn’t have clear direction which is one the reasons why does it need additional time. For aforementioned reasons, I don’t expect the DPS-SDP coalition to fall apart soon.

Do you think that the clause balance in the EU negotiation process could be activated until the end of the year?

No, I don’t think so. However, I wouldn’t be surprised if that happens next year, if the results in fight against corruption and organized crime stay on the same level. Namely, by the time of next year’s Progress report, the Special Prosecutor’s Office will have worked for more than one year, so there won’t be any space for the further delays in prosecution of cases. Taken that into account, it is possible to expect it activation if our institutions continue to work in this pace. On the other hand, it seems that the European Commission will try to show, in an unusual bureaucratic language, how much Montenegro has formally advanced in its negotiation process in relation to other candidate countries. That’s nothing new to us, but that formal progress means that many Chapters were open, but it didn’t bring any substantial progress and sustainable results in practice. Moreover, it is so obvious that we didn’t make any visible progress regarding two provisionally closed chapters. Additionally, I believe that results in Chapters 23 and 24 do not deserve to be praised at all, if we don’t take into consideration recently finished process of establishing two “new” institutions for the fight against the corruption and organized crime. We, however, consider that it is much more indicative that in last two years almost nothing has been done against the corruption and very little against the fight against the organized crime. It is also reported by others, for example by the U.S. Department of State Human Right Report, new Freedom House Report which doesn’t record a single improvement in any areas, but it records the decline in area of media freedom, and some other that report negatively on other topics, such as money laundering. etc.

Are you satisfied with the transparency of the negotiation process, i.e. does the Government report on all aspects of it?

No, we are not satisfied with the transparency of the process and since its beginning we have objected to the access to information, limited reporting on the realization of measures, the way the key data are being presented and so on. Unfortunately, it seems that problems with transparency, reporting and the coordination are more frequent, starting with Government not allowing full access to the European Commission’s comments on some of key draft laws such as Public Procurement Law, following with classification of European Commission’s Peer review reports with the designation of confidentiality in fields crucial for the fight against corruption and organized crime and the rule of law. Without these and other reports, it is difficult to conduct a debate with the Government which refers precisely to these reports claiming that they confirm the Government’s allegations. What we know from talking to various officials and managers from police, prosecutors, the judiciary is far away from positive results. For example, statistics in judiciary is made up: for example, a case that is returned for a retrial at a lower instance is given a new number, thus formally you have a new case, and in fact this is a case that is being delayed in court procedures for years. A number of measures which are marked as realized, in fact they are not, because the Government is giving it a “green” status even for the start-up of some minor activities, or if the measure is implemented “continuously”, but during the reporting period there was no progress. Rule of law Council is getting more and more competencies regarding the Chapter 23, but not a single civil society representative is a member of the Council, neither does the Council inform the citizens about its work.

How do you assess hitherto public administration reform? 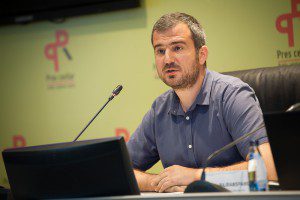 twelve years and two cycles of reform. We still have the problem with the politicization of public administration at all levels, which is particularly evident in the recruitment and promotion. Also, the administration is still cumbersome, and we have a surplus of people to unnecessary jobs, while we record the deficit with jobs that are essential for the provision of services, monitoring and control, the development of regulations and public policies. At the moment, the new Strategy for the period 2016-2020 is in the stage of preparation. The Ministry of Interior has decided that only three days after the first meeting of the working group for preparation of the new Strategy, put the draft for the public hearing agenda. I was appointed as a member of this working group as a representative of the NGO, but I left the meeting after I told them that I find this way of working unacceptable. Besides me, the representatives of the Union of Municipalities and the Human Resources Management Authority have also objected to that kind of work dynamics, but the Ministry of Interior did not give up of their intention, which I find deeply wrong. The public debate on such an important document during the August, it is known to all, is not a good way of involve the public. In addition, the Ministry of Interior, with the exception of one round table, doesn’t plan any other major and important meeting and discussions with key service users and stakeholders for public administration reform. Needless to mention, creative methods or the usage of IT are lagging behind.

Do you think that there is political will in the Government to properly implement the new electoral legislation?

I think there is only a part of the problem in the new electoral legislation, but it is sad indicator that it cannot be changed and implemented in responsible and timely manner. Our key problems with the regularity of the elections are the widespread practice of abuse of state resources, the practice of buying and selling votes, as well as a wide range of different pressures, blackmail and influence that come from the government will not be easy to resolve with the new legislation. These practices known to all, kept in recordings of DPS leadership discussions, must be made observed in advance, before the election and during the election, through investigation led by the Special Prosecutor’s Office and special units of the police. That is the only way to prevent the repetition of such actions. Is it realistic that these issues are going to be addressed by the police whose human resources structure is created by the ruling party? Unfortunately, not. I believe that among the police, the National Security Agency and other state bodies, there are still many of those who work for the interest and the electoral result of the DPS rather than for the equal treatment of all actors in the elections. The opposition should find the lowest common denominator with regard to the electoral rules and practices to meet the coming elections.