Candidates for the membership in the European Union should resolve the disputed issues in the spirit of regional cooperation, stated ten civil society organisations from Montenegro and Serbia, adding that it is necessary to urgently calm the tensions between the two countries.

In a joint statement, CSOs pointed out that, at a time when leading candidates for EU membership are expected to show stronger political leadership and credibility in fulfilling the commitments and values ​​on which the Union is based, calming the tensions between Serbia and Montenegro and ending the use of inflammatory and passionate speech in statements by officials of these countries is imperative.

Civil society organisations have stressed that it is the duty of the leaders of both countries to show their readiness to resolve existing disputes through dialogue, instead of inciting low nationalist passions that may bring votes in the upcoming elections, but can have long-term and serious consequences.

“The responsibility lies with the officials of both countries, who should lay the foundations of the European path for all other countries of the Western Balkans, to act rationally and diplomatically when resolving disputed issues, respecting the sovereignty of both countries. We appeal for such issues to be resolved through a dialogue between representatives of relevant institutions in both countries, and not through statements by media officials,“ the statement said. 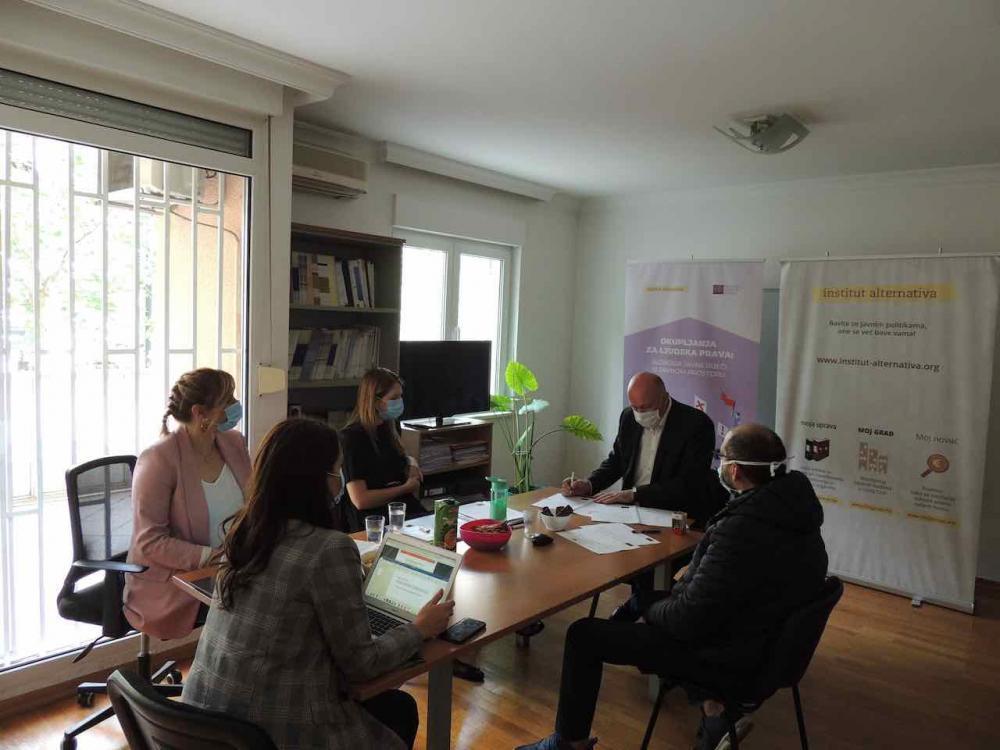 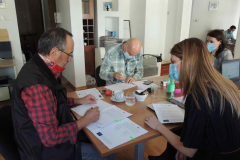 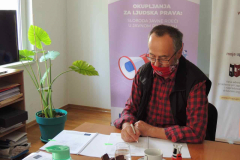 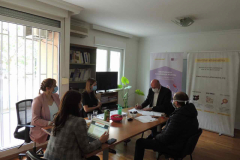 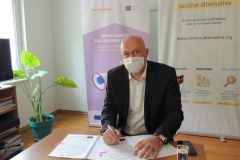 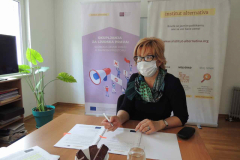 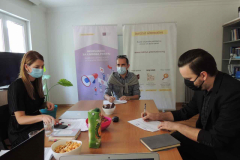 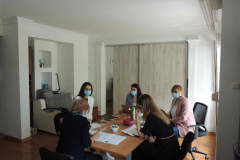 Human Rights Action (HRA) and Institute Alternative (IA) call on the National Coordination Body (NKT) and the respected minister of health to abolish the ban on public assemblies in Montenegro. We think that amid abolishing many measures for suppression and prevention of spread of the new coronavirus, the need for banning public assemblies has ceased to exist. Alternatively, if the epidemiologists really consider it necessary, we call for the public gatherings to be made possible under the same conditions under which assembly of believers or the work of shopping malls is allowed, with adherence to the physical distancing of 2 m and the spatial area of 10m2 per participant.

NKT has since 4th of May until today made several decisions towards the relaxation and abolition of temporary measures, which relate to assemblies and movement of the populace, so they (although under certain conditions) allowed: assembly of religious people in religious objects, work of shopping malls, organisation of public city and inter-city traffic and taxi rides, group sport activities are allowed both in closed and open spaces, it is allowed for persons who are not members of the same household to gather in the same residential place, the work of cafes and restaurants is allowed, and the ban on movement and gathering in public places for more than two persons was also been abolished.

It is illogical to allow gatherings of persons in closed spaces, such as shopping malls, where hundreds of people can be found at any given moment, and that, at the same time, an organised or spontaneous public gathering of more than 20 persons still presents a criminal act ,,Failure to act according to health regulations for suppression of dangerous communicable disease’’ from Article 287 of Montenegrin Criminal Code, which provides for a severe penalty.

Also, the latest assemblies of citizens at city squares across Montenegro, which happened in honour of Independence Day and silent enabling by the power structures for those assemblies to be held without limitations, are obvious indicators that public assemblies do not present a real threat of spreading the virus anymore, which is why the restrictive measures were put in place to begin with.

The right to peaceful assembly is guaranteed to every individual in Montenegro by the Constitution, and so the general measure of complete limitation of this right represents one of the most severe measures which the NKT has adopted. European Court for Human Rights has in several of its judgements highlighted that the right to peaceful assembly and the right to freedom of speech present a base of a democratic society and that limitations which the countries apply to these rights must be proportional to the legitimate goal pursued by those limitations (Ezelin vs France, 1991). The same ban was abolished in Croatia and Serbia and also remind that the Constitutional Court of Germany has took up stance that general measures against the spread of coronavirus must be harmonised with the constitutional right of citizens to peaceful assembly.

IA and HRA together carry out the project ,,Assemblies for human rights: freedom of public word in the public space’’ with support of the European Union, through Instrument for Democracy and Human Rights, Programme for Montenegro 2018. Contents of this initiative represent sole responsibility of HRA and IA and in no way reflect the stance of European Union.

Below you can take a look at the infographic on the mysterious income of one of the members of the Senate of the State Audit Institution:

Within the project ‘’Voice Your Rights! – Expanding Space for Free Assemblies” Institute Alternative (IA) supported four civil society organisations. Together with IA and Human Rights Action (HRA) they will monitor public assemblies in the next six months and work on expanding the space for activism.

“At the time when we applied for the project, public assemblies were not something that is now almost ordinary. With this project, we wanted to change the worrying trend of narrowing the space for activism to act in public space. In the meantime, this has actually become a burning issue”, said Dina Bajramspahić, Public Policy Researcher at IA and project coordinator, for PR Center.

She added that public assemblies are interesting human rights because they are both a right but also a way to achieve other rights. The aim of the ‘’Voice Your Rights! – Expanding Space for Free Assemblies” project is to contribute to democratisation and  expansion of space for activism.

“At the time we started thinking about this as an important issue, the only public assemblies were International Women’s Day March, International Workers’ Day March, Pride Parade, and “Odupri se“ movement. There were no public assemblies in sight. That is why we wanted to use the space to talk about this right, and to highlight not only the importance of its use, but also its proper use”, Bajramspahić said.

Ana Đurnić, Public Policy Researcher at IA and grant scheme coordinator explained for PR Center that Institute Alternative with the support of the European Union Delegation granted 34.190 EUR for these four projects.

“We are excited to see what these four organisations will achieve through their projects, and what goals will they reach”, Đurnić added.

Asked why the grant scheme and why these four organisations, Đurnić explained:

“Just as no man is an island, so no NGO is an island. It would be very difficult for us to individually reach to every citizen in Montenegro. Therefore, we needed help of both, our project partners and other NGOs to help us spread key messages from our project as far as possible”.

She added that IA is satisfied with both, the number and the quality of the received projects proposals. “We received a total of 12 applications for the Call for Proposals. That is a really big number considering that we could support only four”, Đurnić said.

She explained that these four organisations will implement their projects in Budva, Podgorica, Pljevlja and Nikšić, and added that all projects will last six months. 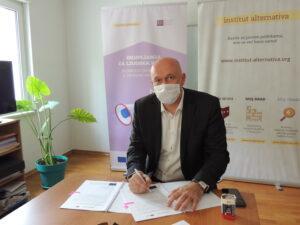 Boris Marić, Executive Director of Center for Civil Liberties (CEGAS) which will implement the “Freedom of Assembly between Local Self-government and the Constitution of Montenegro” project, said that they will shed light on the position of local self-governments in the context of public assemblies.

“As a case study we will primarily have religious protests, which are interesting for many reasons and aspects. And finally we will have conclusions and recommendations.I think that will make an essential contribution to something that is freedom of assembly and further democratisation od Montenegrin society”, Marić added. 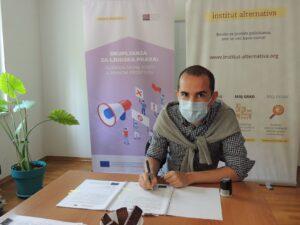 John M. Barac, Executive Director of LGBTQ Social Center explained that their project “Freedom of Assembly of LGBTQ persons at the Local Level” will focus on the case of Nikšić Pride.

“This event has been banned three times and there is still no court epilogue”, Barac added.

He said that the primary target group is the LGBT community. In that context  this group needs to be empowered and made sure to receive adequate information and knowledge, to know their rights, their position and their opportunities.

“Of course, not only the LGBTQ community, but also the general public and the public in Nikšić”, Barac concluded. 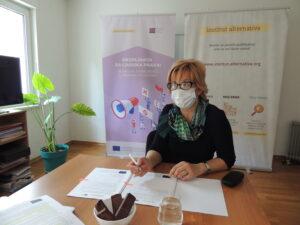 Mila Radulović, Secretary General of the Association of Professional Journalists of Montenegro (DPNCG) said that one of the key goals of the “Journalists for Freedom of Assembly” project is to help professionalisation and knowledge improvement of colleagues when it comes to professional reporting on these assemblies.

“Our target group are citizens in local communities and journalists and editors in order to professionalise their reporting. The expected goals are to increase the capacity for professional reporting on assemblies at local level and to improve the knowledge of citizens about their rights related to assemblies”, Radulović said.

“We have seen in recent years that people use their constitutional rights in different ways – gather in public space and express their views and opinions on various controversial issues in society”, Dragoljub Vuković said. He is President of NGO Media Center Assembly, organisation that will implement “Professional Reporting on Public Assemblies” project. 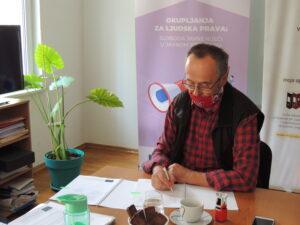 Vuković added that it has been noticed that the public media do not report in a quality way on public assemblies and that type of manifestation of free political will.

“Our goal is to contribute to better informing the public about the enjoyment of this right, to improve the reporting of the public service broadcaster – RTCG and local public services on this type of assemblies”, Vuković said.

He said that there is a lot of one-sided reporting. In a way that supports one or the other side, depending on what is preferred in the editorial policy of the public media.

“Public service should not do that. Public service must ensure all views on a particular matter in a good way, to provide a appropriate context for its reporting and to correlate with an appropriate background so the people can understand what it is about, who represents what and whose interest it is”, Vuković concluded.

Four organisations are supported through the grant scheme of the ‘’Voice Your Rights! – Expanding Space for Free Assemblies” implemented by Institute Alternative in partnership with Human Rights Action and supported by European Union through the Instrument for Democracy and Human Rights, Program for Montenegro 2018. Content of this publication are sole responsibility of IA and in no way reflects the views of European Union.

Details about projects, their goals and activities find in the next video links:

Four more organisations have joined our efforts to improve freedom of public assembly in the upcoming period, with the support of the European Union in Montenegro. 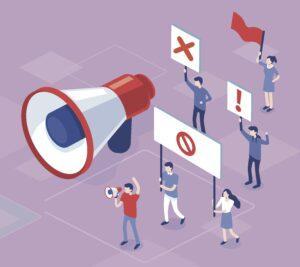 We supported the organisations within the project ‘’Voice Your Rights! – Expanding Space for Free Assemblies” implemented by Institute Alternative in partnership with Human Rights Action, and supported by European Union through the Instrument for Democracy and Human Rights, Program for Montenegro 2018.

The content is the sole responsibility of IA and HRA, and in no way reflects the views of the European Union.

Watch a short video about what we want to achieve with these projects: