Milena Milošević has been a guest in TV Show “Reflektor”, airing on TV Vijesti, where she warned on the lack of results in the rationalisation of public administration 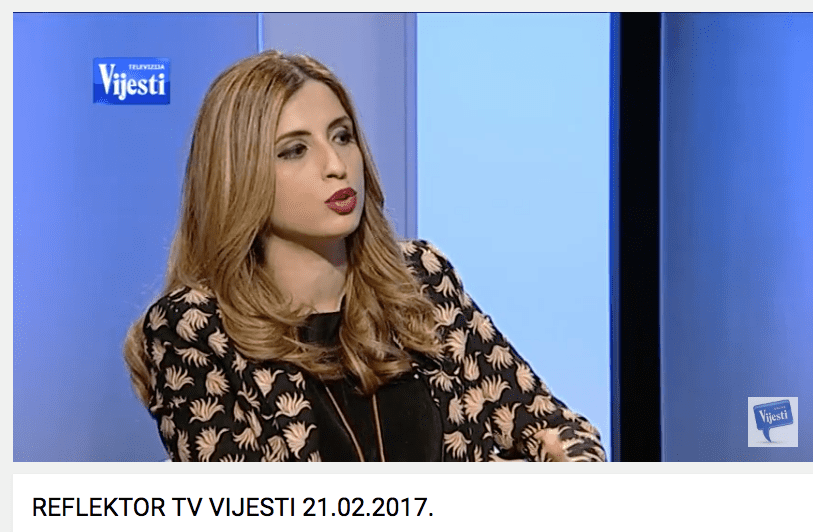 Milena reminded that earlier Government’s initiatives aiming at reducing the number of employees in administration have achieved the opposite effect and that the public sector is even more numerous nowadays when compaing to the period of adoption of the Plan of internal reorganisation of public sector in 2013.

She also pointed out her doubt that the party politics will be of a great importance in reducing the number of employees.

“We mustn’t forget the famous formula: one working position for four votes”, Milena reminded, emphasising that the rationalisation should not only include the reducing of staff in administration, but also abolishing of respective public institutions, which unnecessarily do the same work as other state authorities.

Rationisalisation involves reducing public spending on other ground as well, in particular through the reduction of expenses for litigations.

Ivan Šikmanović on behalf of Ministry of Public Administration and Željka Vuksanović, Mayor of the Municipality of Kolasin, have also been the guests in TV Show.

TV Show Reflektor can be seen below.