Lack of control, strategic procurement planning, as well as lack of reporting are the main problems related to procurement in the security and defence sector. It is necessary to implement substantial reforms, proactive internal and external controls, as well as identify corrupt practices in this area. 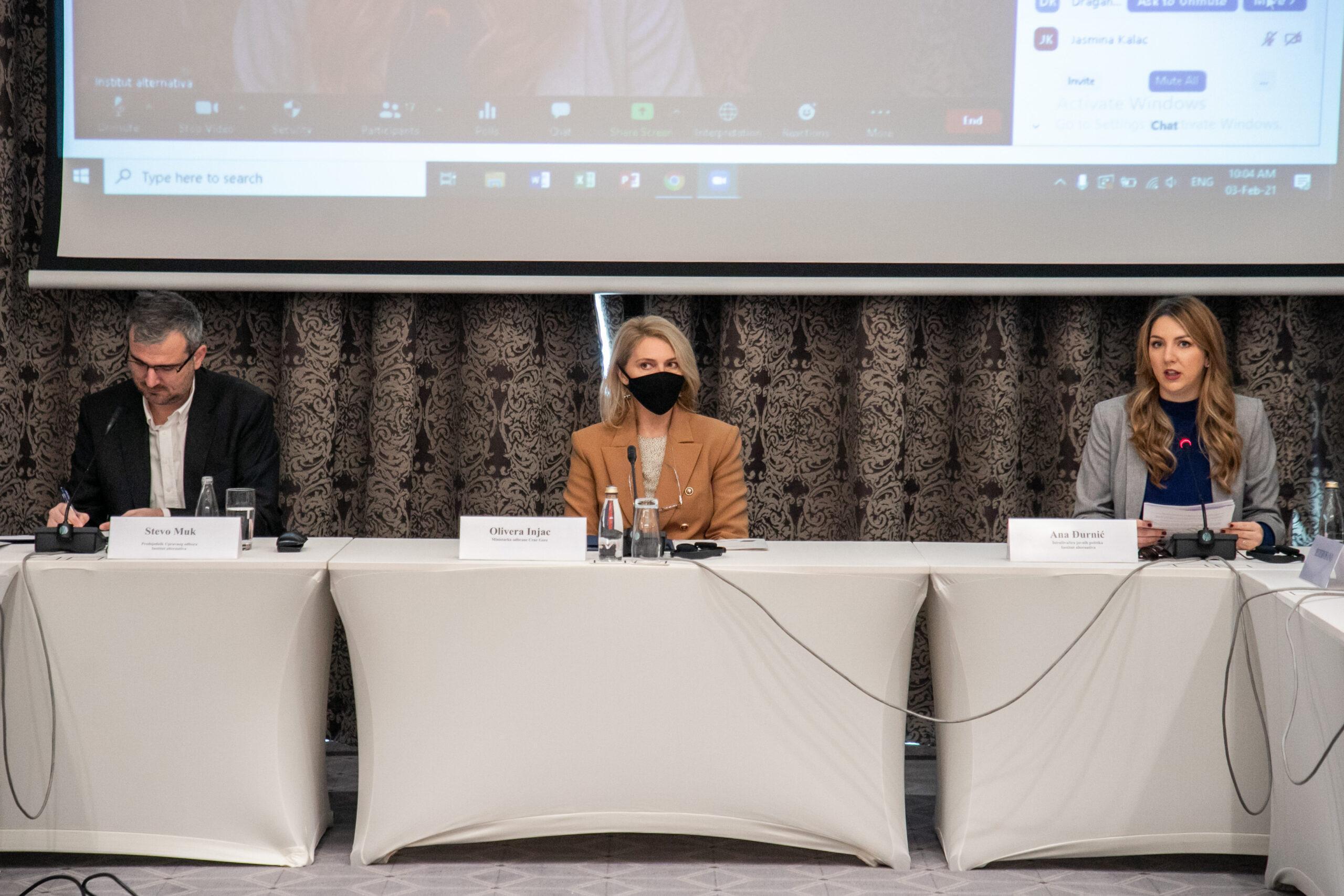 This is stated at the panel discussion ”Procurement in the security and defence sector: New „game rules”, old issues”, organised within the project ”For the better use of public money!’’. Institute Alternative conduct this project with financial support of the Embassy of the Kingdom of the Netherlands. 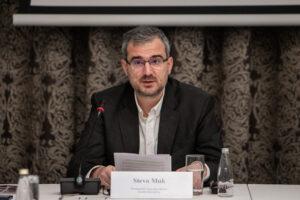 Stevo Muk, president of Managing Board at Institute Alternative, said that we have not yet witnessed significant progress in terms of public spending transparency for public procurement in general, and especially for those in the security and defence sector.

”Having in mind that Montenegro is a NATO member, we believe that those reforms should have happened much earlier. Our earlier research, similar to the one we present today, which was conducted in 2018 has shown that security procurement most often happens far from the eyes of the public, institutional and public control. The term confidential procurement has domiciliate in the regulations and the practice has fully justified that name’’, said Muk.

Although the regulations have changed slightly, the practice, as he pointed out, has remained the same.

”We believe that the time for substantial public procurement reforms in general has come. It is time for identifying corrupt practices and risks for corruption at all stages of public procurement, for more proactive internal and external control and for more responsibility of all stakeholders involved in the process from planning to execution and control of contract execution and especially more transparency and less discretionary powers in all stages of the process’’, concluded Muk. 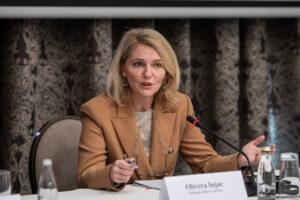 Olivera Injac, the Minister of Defence of Montenegro, pointed out that the key goal is to improve normative and legal framework in the field of security and defence procurement, but also to pay attention to affirmation of transparency when conducting public procurement.

”It is obvious that this has not been the case so far. On the other hand, it is necessary to emphasise something that is a matter of integrity policy, but not only on the paper. This should be one of the main policies of our Ministry, as well as of other institutions within the security sector. This proactive approach is important in order to eliminate all potential risks for corruption’’, said Injac.

Public procurement and the whole area of finance, as she pointed out, require absolutely clear, consolidated and targeted activity within each institution, that must create preconditions to avoid any potential risk which can disturb integrity of any individual or institution through that process.

”Our attention is to improve all procedures in order to simply create conditions to understand the degree and form of transparency that must exist, but also to harmonise what is confidentiality and the need for the public to know’’ , said Injac.

”A completely new reform is coming, while the best solutions will be kept’’, said Injac.

Ana Đurnić, Public Policy Researcher at the Institute Alternative, said that the main problems at the security procurement area are lack of control, strategic procurement planning and lack of reporting. 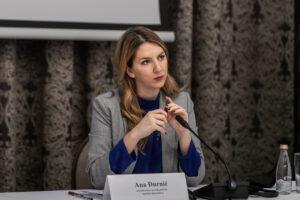 ”We believe that the future work of the Ministry of Defence, the Ministry of Finance and the Government of Montenegro should start from the changes of the Regulation on Procurement in the Security Sector. On that level, we believe that it is possible to improve this system without too much work and too demanding reforms. We believe that the improvement of the reporting and planning system should be in focus and that should be clearly defined which are the levels and procurement in the security sector that can be accessed to the public in terms of data availability. Also, it should be defined which are the ones that can be used to reach a certain level of external oversight institutions and which are the ones that can be accessed only by those institutions that have access to confidential data’’, stated Đurnić.

She added that according to the findings of Transparency International, Montenegro is classified in the group of countries with an increased risk of corruption in the area of security procurement spending, bearing in mind the complete absence of external oversight of these procurement.

‘’The last time we did a similar analysis was in 2018 and we wanted to see what happened in the meantime. Apart from legal regulations, very little has changed in practice, we can say nothing. We have a new Law on Public Procurement and a new Regulation and they have contributed in terms of harmonisation with European Union directives and in the terms of the fact that is clearer what is procurement in the security and defence sector. We are satisfied because the Law has crystallised the types of procurement in the security sector and the level of transparency that can be provided for them, but we are extremely dissatisfied that the planning and reporting system on these procurement has not been improved in any way” , said Đurnić. 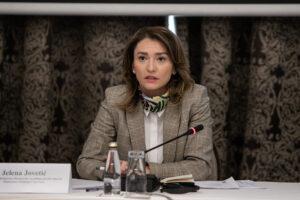 Jelena Jovetić, General Director of the Directorate for Public Procurement Policy in the Ministry of Finance, has pointed out that the ministry was previously committed to regulatory reforms in public procurement and that the result was achieved, which the European Commission marked as one of the most stable systems in Western Europe.

‘’In the previous six months, we paid special attention to transparency, not only in the security and defence sector, but also in all other procurement in that part. As far as the Ministry of Finance is concerned, I can say that in terms of transparency, we have an enviable level even comparing to the member states of the European Union”, said Jovetić.

It is very important that now we have a clear separation between what is procurement, what is public and what is sensitive procurement, which segments of procurement, in what way and in accordance with which regulations can be declared as confidential. 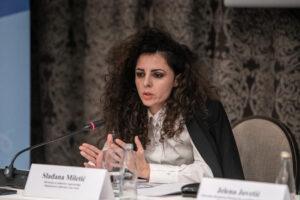 Slađana Miletić, the representative of the Direction for Procurement and Contracting in the Ministry of Defence, said that the new Law came into force in July, and in August the Contracting Authority’s Internal Act, Rulebook on special public procurement in the security and defence sector was adopted. She added that this Act is available on the website of the Ministry of Defence.

‘’This document covers the procurement procedure based on all three points that deal with special public procurement in the security and defence sector”, said Miletić.

It is very important, as she believes, that for special public procurement in the security and defence sector there is a procedural procedure in the system, documented and justified reasons for choosing such a method of procurement that allows procurement without provisions of the Law, but in accordance with by-laws. 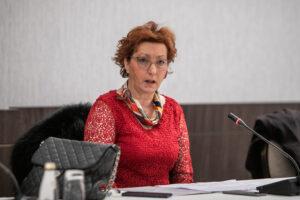 During the discussion, the deputy in the Parliament of Montenegro Zdenka Popović, said that it is in interest of all citizens to know how their money is spent when it comes to confidential procurement.

Panel discussion was organised by the Institute Alternative within the project ‘’For the better use of public money’’. The project is financially supported by the Embassy of the Kingdom of the Netherlands. The opinions and views expressed do not necessarily reflect those of the Embassy.