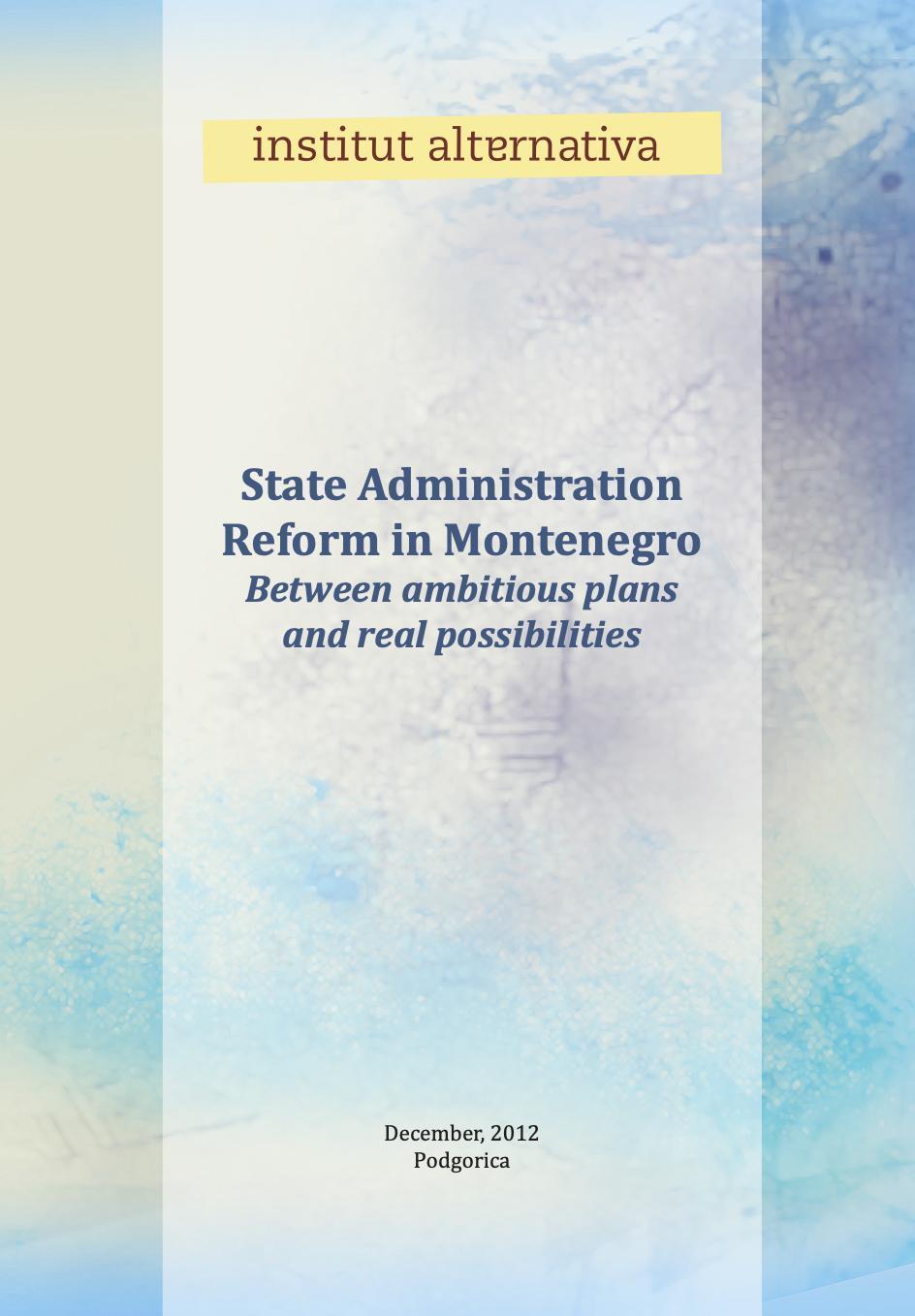 State administration reform has been ongoing for more than a decade in Montenegro. During this period, two strategies were adopted, legal and institutional frameworks for management of the reform have been changed, as well as the mere structure of the state apparatus. However, there has not been much progress. State administration is still, according to the remarks of European Commission, highly politicized, cumbersome, and with limited capacities. As such, it represents obstacle to the country’s faster integration into the EU. Precisely this strategic goal of European integration poses the need for an accelerated professionalization, depoliticization and modernization of the state staff and its enabling to respond to the challenges of Montenegro’s accession negotiations with the EU.

Institute conducted a public opinion survey in 2012 in cooperation with Ipsos Strategic Marketing, at the representative sample of 840 adult Montenegrins. Their attitudes about the work of state administration have been surveyed. Data have been collected during the face-to-face field research in the respondents’ households. People assessed the quality of work of state administration at the ten levels scale. Higher grade implied higher level of quality. The average grade by which Montenegrins assess the quality of work of the state administration is 4,5 and it is lower than in the previous surveys. This trend and perceptions of respondents suggest that the public confidence in work of the state institutions is decreasing.