Prosecutorial investigation is much more efficient than judicial investigation, while cooperation of the Police and State Prosecutor’s office is generally good and with mutual trust, although some minor problems are still present, showed a research of Institute Alternative (IA). 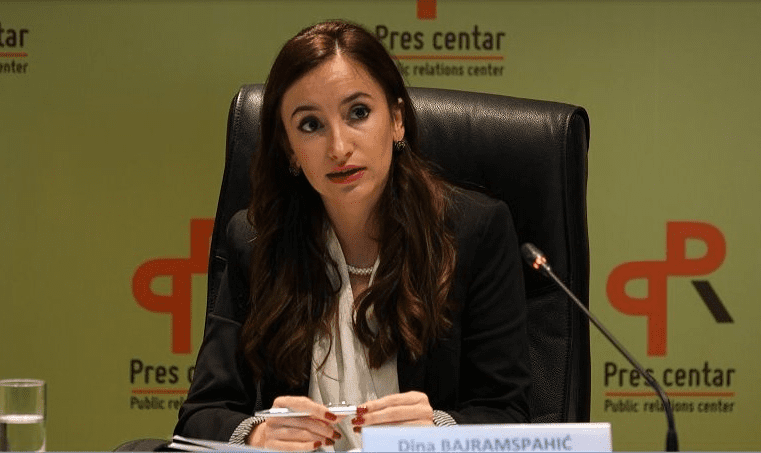 The aim of these interviews, she explained, was to get to know about cooperation and practices of work from their point of view, and focus of the research was on the pre-trial stage.

Bajramspahić reminded that IA conducted a research on the same topic in 2014, when dissatisfaction of police officers and judges who assessed the differences in comparison to previous period was at much higher level.

“This time, most of the interviewees expressed their view that prosecutorial investigations is much more efficient than judicial and cooperation of the Police and State Prosecutor’s Office is generally good and with mutual trust, although some minor problems are still present”, said Bajramspahić at PR Centre.

As she said, a practice of shifting responsibility for the lack of results in some areas from one side to another is still present. “In particular, the question of accountability for unsolved cases remains open”.

Bajramspahić said that, based on the official reports, one could get an impression that either the number of committed criminal offenses in Montenegro have halved in the last ten years or proactivity of the police in detecting crimes have decreased.

Along with that, said Bajramspahić, the number of persons convicted by the competent Prosecutor’s Offices in Montenegro is in decline.
“In 2008, we had 8,677 of them, and only 3,765 in 2015, which is five thousand less before the prosecutorial investigation was introduced”, she said.

“However, it is reasonable to question if the prosecutors now hesitate more whether to issue an indicting proposal, compared to the practice from the time of the judicial investigation”, stated Bajramspahić.

She said that one of the significant problems is that prosecutors managing the work of the police are not sufficiently familiar with their capabilities and limitations, as well as their forensic science techniques.

“In some examples, especially at the basic level, the prosecutors have expressed interest to participate actively during the investigation, but more often they accept the role of just sitting in their offices waiting for the police to entirely solve the case and bring evidence that prosecutors would represent in court,” explained Bajraspahić.

“Prosecutorial investigation, even in the most complex cases for the most serious crimes – organized crime and corruption, which are under the jurisdiction of the Special State Prosecutor’s Office, lasted an average of two months and 22 days,” said Bajramspahić.

She said that, according to some statistics on secret surveillance measures ending with 9 June 2015, the results achieved by applying these measures are extremely weak.

In the prosecution and the police, as she pointed out, a problem of uneven workload of prosecutors and inspectors is present, as well as tolerance of less involvement of others.

“That’s why it is necessary to improve the procedures of allocating cases, but also the assessment and measurement of professional performance”, said Bajramspahić.

She pointed out that it is necessary to provide premises for public prosecutors in security centers, in order to be at the disposal of police officers for at least part-time.
“Since the Criminal Procedure Code prescribes as an exception that police can interrogate the suspect, with the approval of the state prosecutor and in the presence of a defense attorney, this provision should be applied when needed, which was not the case so far”, said Bajraspahić.

She said that there is a series of actions in which the contribution of citizens is extremely important, such as testimony, searches and identification.

IA has presented the results of the analysis made with the support of the Kingdom of the Netherlands Embassy. The research was conducted within the project “Prosecutorial investigation in the Western Balkans – How to become effective?”, which Institute Alternative (IA) is conducting in cooperation with the Association of Public Prosecutors of Serbia (UTS).