Skip to content
Institute Alternative » Accountable public finances » Press release: Ministry of Interior checked off the box by simulating a public debate on the Strategy of Police Development 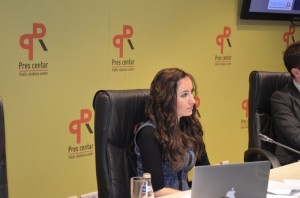 Ministry of Interior (MoI) has without any particular explanation refused to enhance the work of the internal control of police and the increase of its authority, without including measures related to depolitisation, the enhancement of transparency and improving of finance management in the Strategy of Police Development.

The Government has adopted the Strategy of Police Development for the following 5 years (2016 – 2020) as well as the Action Plan for the period from 2016 -2018 at yesterday’s session. These documents are particularly important having in mind the fact that the Strategy focused only on the improvement of the functioning of the police was made in 2010, and that a new strategy must include various questions dealing with police and include the analysis of the issues in current police functioning in a thorough and comprehensive manner.

However, the very process of developing the Strategy and the Action Plan was neither transparent nor participatory. There was no publicly available information on the work of the working groups of these documents and there was no invitation for participation for interested expert public parties in the development of the draft form.

There was an attempt of retaliation by organising public expert consultations, but with no sincere intention that the Drafts be improved, rather to create a sense of the Ministry’s openness to citizens’ suggestions and proposals. The lack of appreciation of public opinion is best seen in the fact that the Report on Public debate contains 7 pages of listed proposals and half a page of Ministry’s reply where allegedly 5 proposals are accepted, out of which two are technical, while everything else is denied.

Institute Alternative (IA) has delivered 46 concrete suggestions to the MoI which have stemmed from the qualitative research of the Assessment of Police Integrity in Montenegro, which analyses the issues in six areas of priority: transparency, finance management, depolitisation, human resources management, internal control and exterior supervision.

Out of all the suggestions, only one has been adopted: 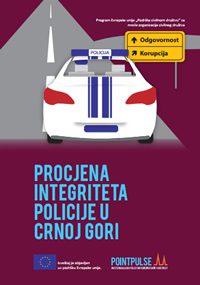 ‘’The analysis of citizens’ complaints submitted to administrators in the context of a high level of ungrounded reasoning.’’

Therefore, all nine suggestions related to improvement of transparency of MoI have been rejected with an explanation that ‘’the obligation of continuous transparent work is conducted in line with the legal provisions from that area’’.

MoI has therefore completely neglected 16 proposals from the area of Human Resources Management, meaning that in fact it refused to:

What has been particularly emphasized in our comments was that the entire area of finance management was excluded from the Strategy, which is a high-risk area for corruption. In our comments, we have particularly emphasized that there should not be any artificial boundary between MoI and Police Administration, because the police cannot be reformed without a simultaneous reform of the ways and procedures that the Ministry is managing and making decisions related to the police, in accordance with its competence. Despite all that, MoI stuck to its argument that ‘’the financing is the competence of MoI, and strategic documents are related to the development of the Police Administration’’, therefore, all proposals for improvement of finance management have been denied.

In addition, we should not neglect the fact that the Government has with its Conclusion put the MoI in charge of developing and delivering to the Government a new Strategy of Development of Internal Affairs for 2016-2020 by the end of 2015, and not only for the Police. The Strategy of Development of Internal Affairs was foreseen by the Government work Programme and the MoI Work Programme for 2015. However, the Ministry has on its own initiative changed the conclusion, without a formal initiative for amending both the conclusion and and the Government work Programme, which is required, and therefote the reform was inevitably focused only on the Police instead of the reforms of the entire MoI.

However, the fact that the internal control is an integral part of MoI, has not stopped the MoI to put some additional measures in the Action Plan related to the promotion of administrative and technical capacity of the internal control. But that still got them to disregard 13 of our suggestions in the area with the explanation that:

‘’The recommendations related to the work of supervisory bodies are rejected, particularly those related to the internal control because the given solutions are already stipulated by law and are being implemented in practice.’’

In other words, the MoI has among other things refused:

MoI has also refused to include the measures for promotion of the work of the Disciplinary Commission, as well as the measures for promoting the implementation of conclusions and recommendations for the working bodies of the Parliament, the Parliament, the Protector of Human Rights and Freedoms as well as the Council for Civil Control of Police by the MoI and Police Administration.

This way of working completely voids of meaning the concept of participation of the interested parties in public debate , since there is no serious commitment or will to improve neither the documents nor the work of the Police and the MoI. Instead, a fake image of reforms is being made with partial activities and cosmetic measures while all crucial issues are being neglected – without the sense of responsibility for what will the police look like in two, better yet five years.

Related news – TV Show: Who is police guarding, the Government or the citizens?