Skip to content
Institute Alternative » Publications » Negotiations between Montenegro and the EU: Data access for the privileged only 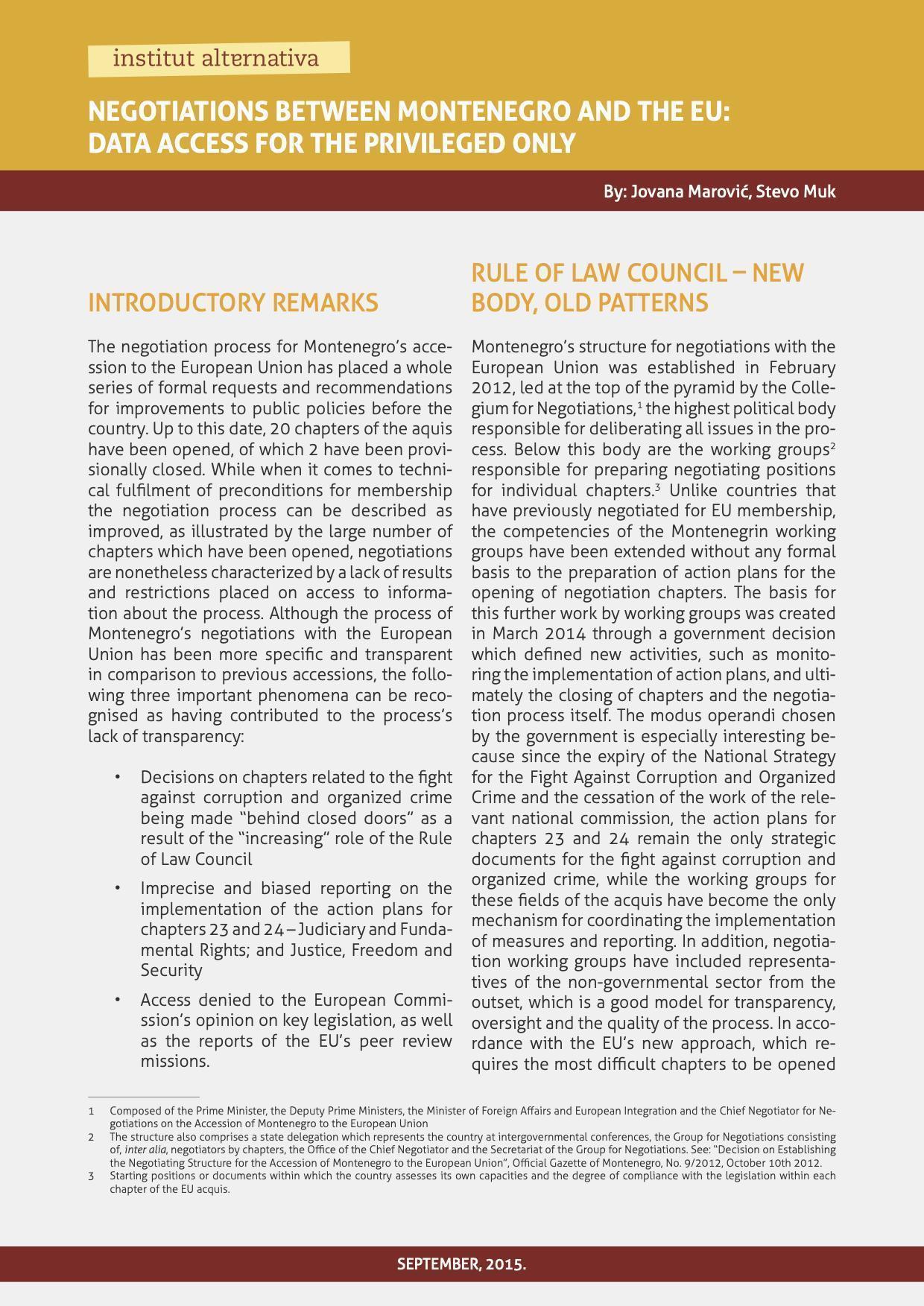 The negotiation process for Montenegro’s accession to the European Union has placed a whole series of formal requests and recommendations for improvements to public policies before the country. Up to this date, 20 chapters of the aquis have been opened, of which 2 have been provisionally closed.

While when it comes to technical fulfilment of preconditions for membership the negotiation process can be described as improved, as illustrated by the large number of chapters which have been opened, negotiations are nonetheless characterized by a lack of results and restrictions placed on access to information about the process. Although the process of Montenegro’s negotiations with the European Union has been more specific and transparent in comparison to previous accessions, the following three important phenomena can be recognised as having contributed to the process’s lack of transparency:

- Imprecise and biased reporting on the implementation of the action plans for chapters 23 and 24 – Judiciary and Fundamental Rights; and Justice, Freedom and Security

- Access denied to the European Commission’s opinion on key legislation, as well as the reports of the EU’s peer review