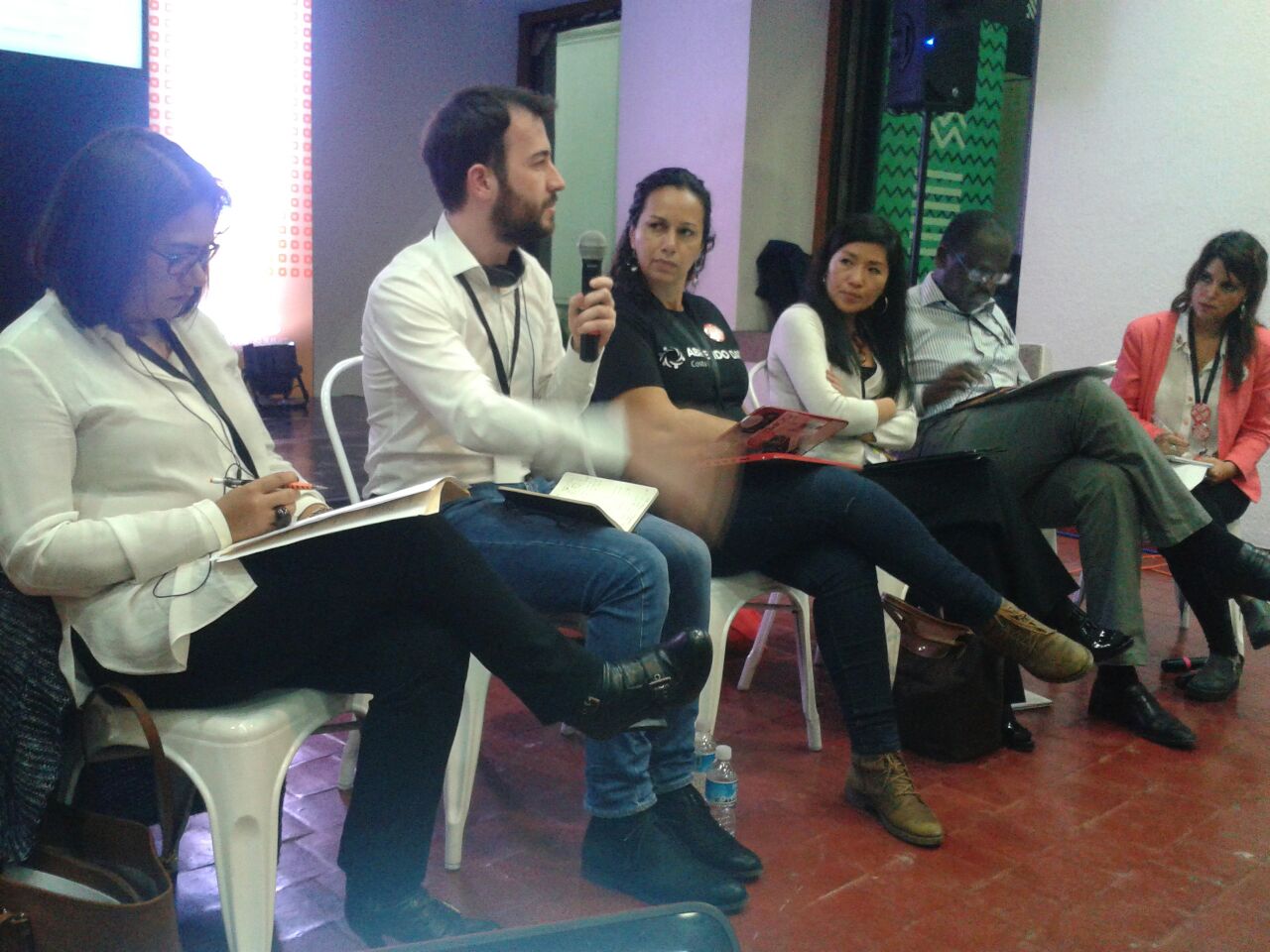 Our public policy researcher Marko Sošić has spoken on a panel on cooperation between independent institutions (such as State Audit Institutions – SAI, Ombudsman, etc.) and civil society, organised within the OGP – Civil Society Day at the Open Government Partnership Global Summit in Mexico City (27-29 October).

The panel entitled “Advancing engagement of Civil Society-Accountability Institutions in OGP National Action Plans” was organized by the U4 Anti-Corruption Resource Center (Norway), the World Bank and the Civil Association for Equality and Justice (Argentina).

We have shared our past experience in cooperation with the SAI and paid special attention to lessons learned from our this year’s project within which, through various activities, we have connected SAI with civil society, the Parliament and the internal auditors.

In March this year, IA has organised the first consultative meeting between SAI and the civil society. The event “Cooperation between the civil society and State Audit Institution – Together on the same task” represents our attempt to bring closer the work of the civil sector to the SAI, in order to make the analysis, findings and the overall work of NGOs part of the process of planning audits. In this way we want to “open” the SAI for the exchange of information and other forms of cooperation with civil society, which is in the spirit of the principles of Open Government Partnership.

Institute alternative was part of the last OGP summit held in London (2013), where we have participated at the round table “When Supreme Audit Institutions engage with citizens”.

Our work in the field of the state audit is continuing with the project supported by the Embassy of the United Kingdom, within which we will work on strengthening cooperation between the SAI and the State Prosecutor’s Office in filing criminal complaints.

On the other hand, we also articulate our work within the OGP initiative indirectly, through our membership in the Operational Team of the Open Government Partnership, which is working on the formulation of the second Action Plan.