Our researcher, Marko Sošić, took part in the Belgrade Security Forum at the special side event on civilian capacities for peace support operations.

The panel was an opportunity to publicly present the results of the first phase of the regional project “Civilian Capacities for Peace Operations – Case of the Western Balkans”, which we implemented in cooperation with the Belgrade Centre for Security Policy (BCSP) and the Norwegian Institute of International Affairs (NUPI). The project is supported by the Norwegian Ministry of Foreign Affairs.

The issue of civilian contribution to peacekeeping missions involves sending non-military personnel in international missions, which could include police officers, medical personnel, judicial experts, civil servants in general, and members of civil society and experts outside the public administration, with the mediation of the state.

Panelists emphasized the advantages of contribution to peacekeeping missions for the countries of the region, but also for the areas that are subject of the missions. They highlighted the problems and underutilization of this type of contribution in all countries of the region, of which some have done more than others (such as Croatia), while others are at the very beginning of formulating public policy in this area (Montenegro).

Besides Marko, the panelists were:

At the following links you can read short reports on the state of affairs in the countries that are the subject of this project: Serbia, Bosnia and Herzegovina, Croatia, Macedonia, Albania, while our report on the review of the situation in Montenegro is available here.

Fourth Belgrade Security Forum was organized by the Belgrade Centre for Security Policy, the European Movement in Serbia, and Belgrade Fund for Political Excellence. It was held from 30 September to 2 October 2014, under the working title “Closure and/or New Beginning?”. 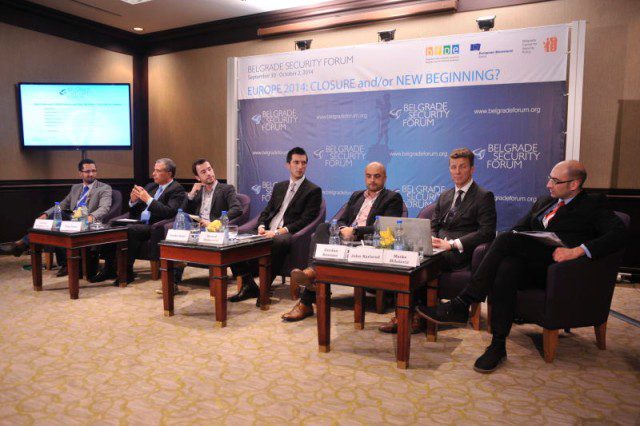