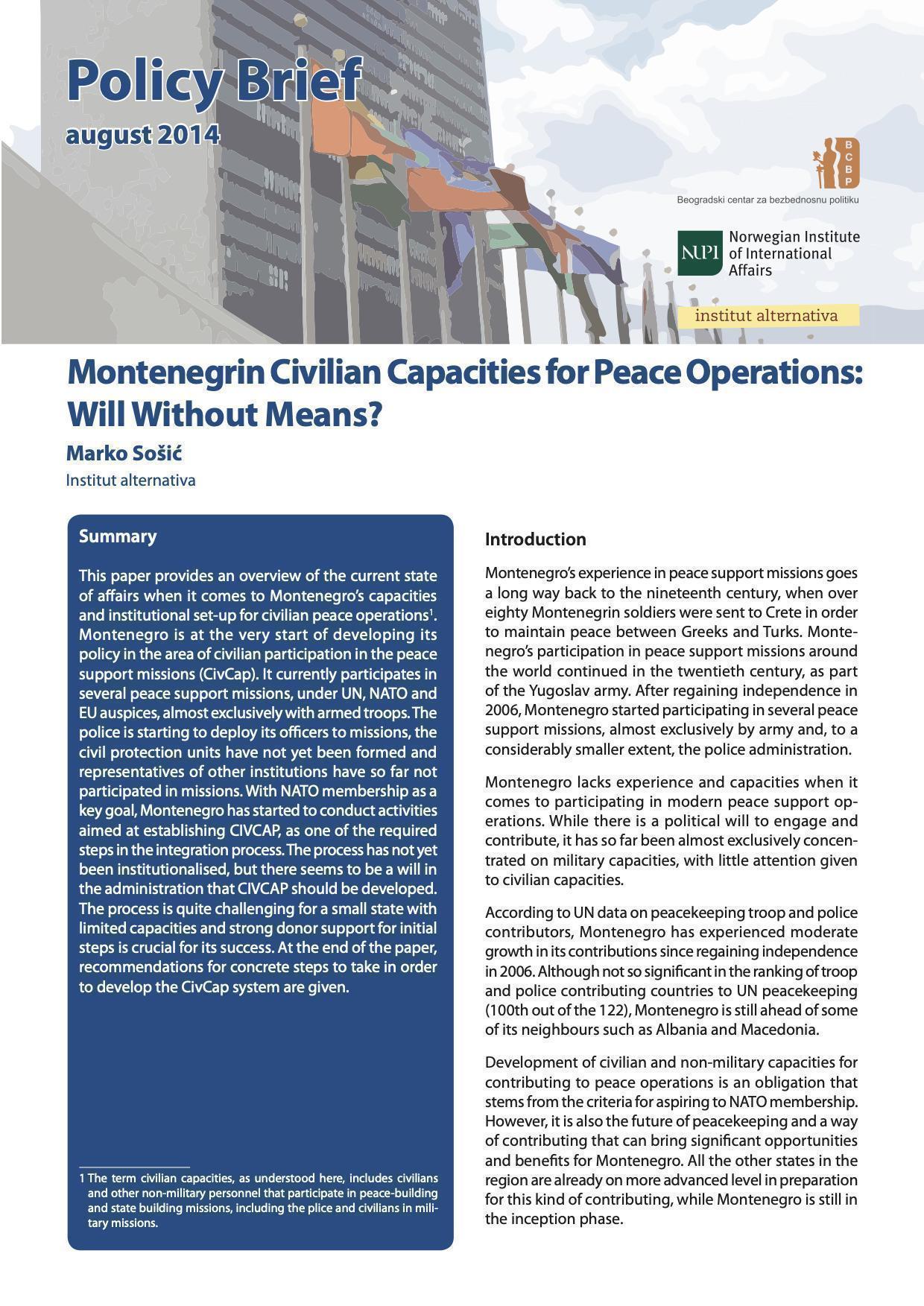 Our new policy brief brings an insight into whether Montenegro is preparing for providing non-military, civilian contribution to peacekeeping.

The term civilian capacities (CivCap), as understood in the brief, includes civilians and other non-military personnel that participate in peace-building and state building missions, including the police and civilians in military missions.

This paper provides an overview of the current state of affairs when it comes to Montenegro’s capacities and institutional set-up for civilian peace operations.

Montenegro is at the very start of developing its policy in the area of civilian participation in the peace support missions (CivCap). It currently participates in several peace support missions, under UN, NATO and EU auspices, almost exclusively with armed troops. The police is starting to deploy its officers to missions, the civil protection units have not yet been formed and representatives of other institutions have so far not participated in missions. With NATO membership as a key goal, Montenegro has started to conduct activities aimed at establishing CIVCAP, as one of the required steps in the integration process. The process has not yet been institutionalized, but there seems to be a will in the administration that CIVCAP should be developed. The process is quite challenging for a small state with limited capacities and strong donor support for initial steps is crucial for its success. At the end of the paper, recommendations for concrete steps to take in order to develop the CivCap system are given.

This policy brief is a product of cooperation with the Belgrade Centre for Security Policy (BCSP) and the Norwegian Institute of International Affairs (NUPI), in the framework of a regional research initiative „Western Balkans Civilian Capacities in Peace Operations“, supported by the Royal Norwegian Ministry of Foreign Affairs.