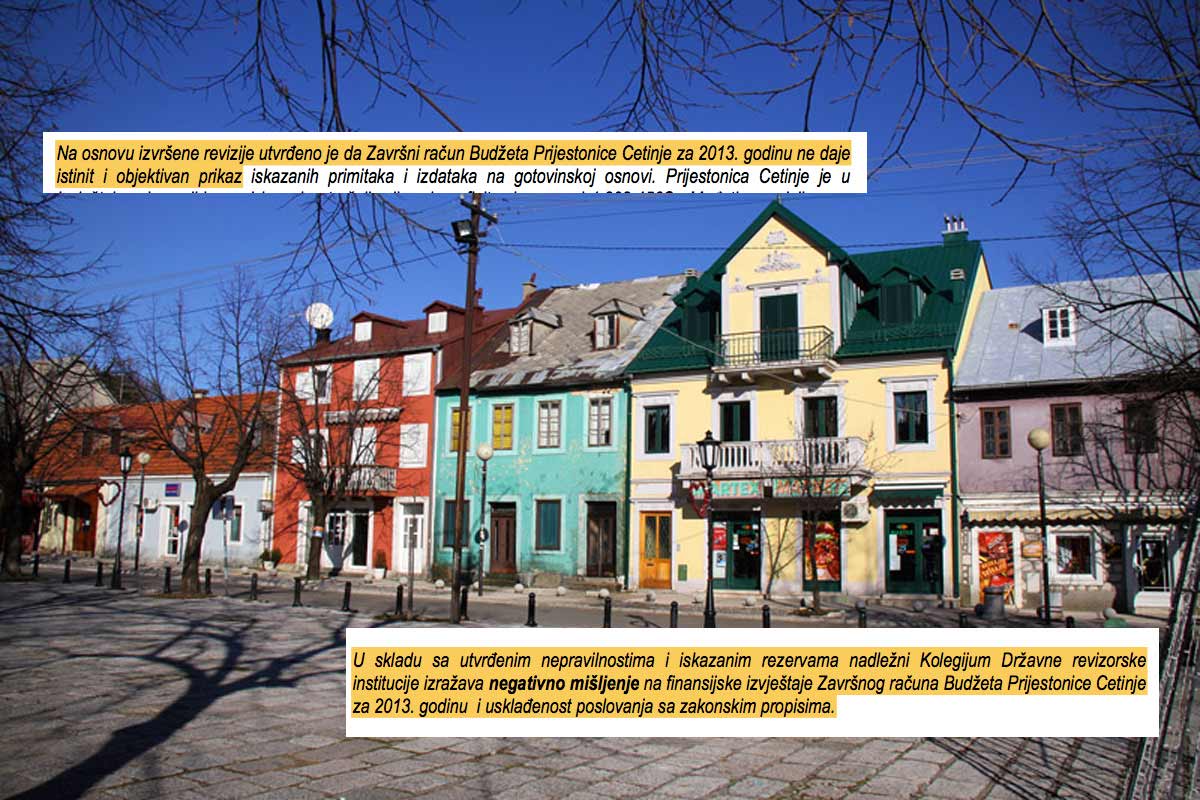 Institut alternativa calls upon the Ministry of Public Administration to withdraw the Draft Law on Old Royal Capital Cetinje from the procedure. The Ministry has suddenly opened the public debate for this law, without prior notice, without a working group, and with no indication about this law in the Government’s program of work for this year.

The solutions proposed in the Draft Law on the Old Royal Capital are anti-systemic, unsustainable and unreasonable, as well as discriminatory against other local self-governments in Montenegro.

We are disappointed that the Ministry of Public Administration copied the draft law almost verbatim from DPS, which has tried to have it adopted by the Parliament in 2013 and 2014.

This will be the third time that DPS is trying to achieve the idea of founding the Old Royal Capital Development Fund, which was last mentioned just before the 2013 local elections. The plan is that this fund uses budget of 1% of the projected value of the current budget of Montenegro for each fiscal year, which for 2017 would be – 8.6 million Euros.

In spite of the planned 8.6 million Euros for the development fund, the accompanying rationale of the Draft Law on the Old Royal Capital Cetinje says that “no additional financial resources are required for the implementation of this law.”

All of this happens in a situation in which Cetinje is obliged to settle its obligations under a contract on tax debt reprogramming, but according to our findings, has not been paying current obligations for taxes and contributions to the state for several months.

The local government of Cetinje has certainly proven through double adverse opinion of the State Audit Institution that it is not able to manage the budget it currently has, either legally or economically and rationally.

Also, planning a development fund of minimum 8 million Euros occurs in a situation where the state is trying to reduce public spending and fiscal strategy proposes cuts in public expenditures and an increase in tax burden on citizens.

Problems in financing of local self-governments should be addressed at a systemic level, adopting solutions that will help all municipalities.

The working group of the Ministry of Finance is currently working on amendments to the Law on Local Government Funding, which, among other things, should increase the revenues for all municipalities, with greater oversight and transparency.

In this context, the move by the Ministry of Public Administration is anti-systemic and obviously based on short-sighted party interests. It is also revealing a devastatingly significant impact on the Ministry by the current administration of the Old Royal Capital Cetinje and DPS.

In order for the Old Royal Capital to have the status it deserves with its historical significance, it is not the development fund that will help, but the abandonment of abuses of existing revenues by ruling parties, as well as legal, rational and effective spending, in the service of its citizens.

Stevo Muk
President of the Managing board