Skip to content
Institute Alternative » EU accession negotiations » Will Montenegro be ready to start closing negotiating chapters by the end of the year? 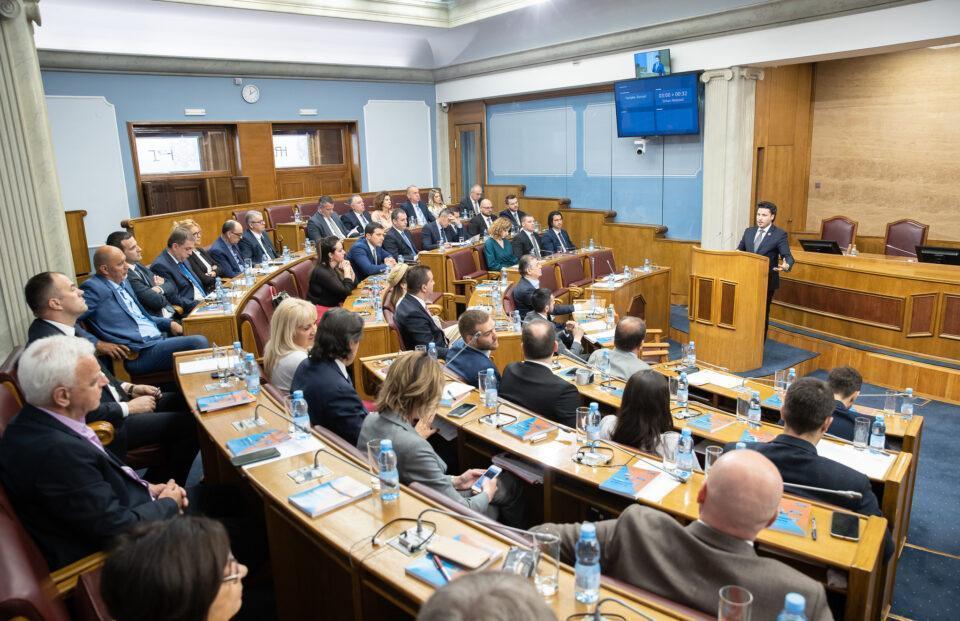 Montenegro is close to receiving the closing benchmarks for chapters 23 and 24, Dritan Abazović said last week during the Prime Minister’s question time in the Assembly of Montenegro. Recently, in Brussels, he claimed that this can be done by the end of this year.

“I am sure that there is great optimism for Montenegro to use this moment in the best way possible and to distinguish itself from other countries that want to become a part of the European Union”, Abazović said in the parliament on 27 May.

Since the start of the war in Ukraine, multiple officials from both the EU and the region urged for the acceleration of the accession process of the Western Balkans, arguing that it is in the geopolitical interest of the EU to do so. These prospects remain uncertain. Nevertheless, with the lack of bilateral disputes and a full foreign policy alignment with the EU, Montenegro might be the easiest place to start with a renewed enlargement momentum.

This is certainly what the new Government in Podgorica is hoping for. The main justification Abazović’s United Reform Action (URA) offered for its vote of no confidence against the Government of Zdravko Krivokapić in February was the stalling of the country’s EU integration process.

Montenegro has opened all negotiating chapters, which means that further progress of its entire accession process hinges upon receiving the closing benchmarks for chapters 23 and 24.

During a recent visit to Brussels, the new Prime Minister Abazović outlined an agenda of the priority reforms, also hinting that there is a political climate in the EU that would allow Montenegro to make significant progress.

“The most important message is that the doors of the EU are open to Montenegro and that we should not miss this opportunity. My appeal to all political subjects is that we should put the national interest of Montenegro front and center and that we should try to take at least one of the most important decisions by 31 July and that Montenegro receives closing benchmarks during the Czech Presidency, which starts on 1 July. That would be an extraordinary, spectacular situation. There is an enthusiasm in the EU for that, you can feel that energy”, Abazović said.

European Western Balkans interlocutors say that, under favourable circumstances, this goal is realistic. 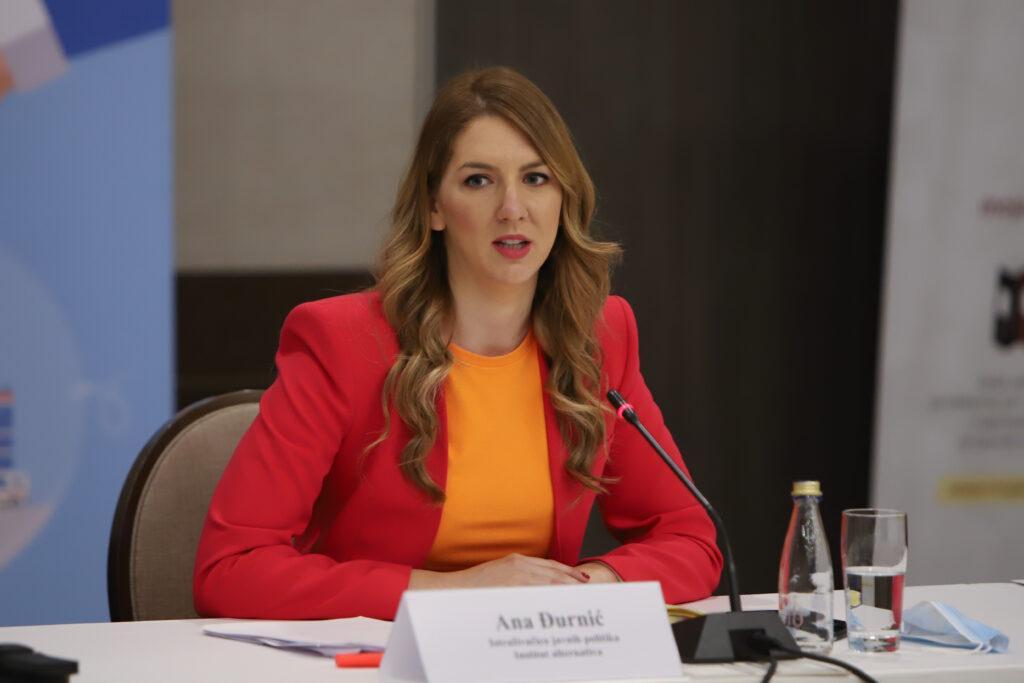 “If there really is a political will to accomplish the EU integration-related tasks – I believe it is realistic. Montenegro has been negotiating for 10 years now – this means that probably everyone in the country, and particularly among politicians and officials, knows the requirements. Depending on the political will, but also political stability, these requirements could be rapidly fulfilled”, says Ana Đurnić, a public policy researcher at Institute Alternative and a member of the Working Group for Negotiating Chapter 23.

She points out that the recently prepared non-paper for chapters 23 and 24, drafted by the European Commission and covering the period since October 2021, noted that “work has clearly intensified following the long-awaited finalisation of appointments to administrative structures in the area of rule of law”.

This is a signal, Đurnić says, that the EU appreciates positive developments in the field, but also notices the lack of it in some areas, such as the work of the Agency for prevention of corruption which still faces shortcomings in its decision-making.

Đurnić also noted that Montenegro is still more advanced in Chapter 24 compared to Chapter 23, mostly due to the fact that this Chapter is more focused on the “external factors and actors”, such as crime and organised groups, while Chapter 23 is more “self-regulatory”, since the progress in this Chapter clearly depends on building institutions, mechanism and laws which strongly interfere with the political interest of the parties.

Gordana Đurović, Professor at the Faculty of Economics and Faculty of Political Science University of Montenegro, agrees that Abazović’s plan could be achieved with some positive signals from Brussels and “good wind” at home.

She also notes that the non-paper received in May is much better than the EC report in October 2021 with a few important marks, including the “record of drug seizures”, the “appointment of the Prosecutorial Council, a new acting Supreme State Prosecutor and a new Chief Special Prosecutor”, as well as the fact that “the former President of the Supreme Court was arrested on charges of suspected abuse of office and of creating a criminal organisation”,

“Numerous processes in this area are ongoing and it is the base for Abazović’s optimism”, Đurović says.

However, she stresses that a number of appointments in the judiciary are still pending, including members of the Judicial Council, a permanent Supreme State Prosecutor and three judges of the Constitutional Court, which require a parliamentary majority.

A solid track record in the area of high-level corruption and results in the fight against organized crime is also the challenge for this transitional governance arrangement in Montenegro”, Đurović adds.

It is these issues that are still polarising the current environment in the country. Members of the Democratic Front and the Democrats, who supported the previous government of Zdravko Krivokapić, have been vocal about the fact that Abazović’s Government is supported by the Democratic Party of Socialists (DPS), led by country’s President Milo Đukanović. DPS, which ruled Montenegro uninterruptedly from 1990 to 2020, is still being accused of major corruption scandals that took place in that period. 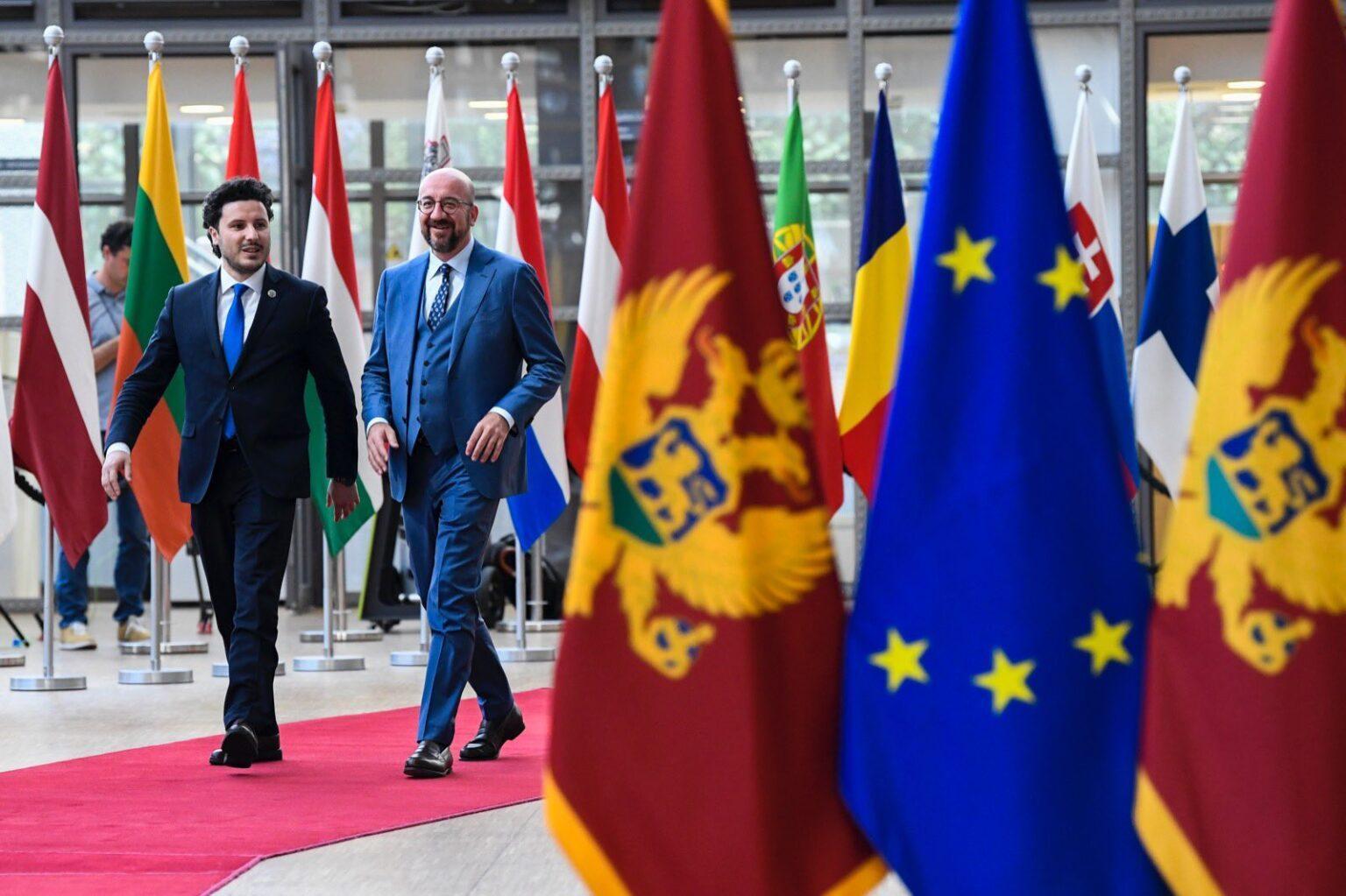 During the Prime Minister question time last week, one of the leaders of the Democratic Front Andrija Mandić asked Prime Minister Abazović “why the fight against organised crime has ceased” and “why the members of the mafia-cratic government are no longer put behind bars”.

Abazović responded that he was very satisfied with what has been achieved in the past month and the past year and that the “hand of justice has started operating”. He said that the EU officials in Brussels were particularly surprised that some of the highest members of the judicial branch of government had been arrested, which is a “very good message”.

“As far as I am concerned, no pressure, at any time, can disrupt us in what is our goal, and our goal is to fight organized crime and corruption. That’s it, whether someone will support it or not, I can’t get into it, nor do I want to”, Abazović stated.

The fight against organized crime and corruption is expected to remain a hot topic in the public, and the level of preparedness in this area will ultimately be decided by the Council of the European Union. If, as the government hopes, that leads to the closing benchmarks for chapters 23 and 24, the roadmap for closing other negotiating chapters, which are now organised into clusters, is clear, says Professor Gordana Đurović.

She adds that, at the same time, certain deviations from this plan are possible because the new methodology does not prescribe the obligation to close the chapter in a cluster.

“If Montenegro does not take advantage of this small window of opportunity related to the EU Agenda 2025, a Western Balkan convoy waits for us with all the risks that delaying the integration process carries, especially security, political and economic ones”, Đurović concludes.

Text is originally published on the European Western Balkans portal.