First data on state property ought to be made available by the end of April, but Montenegro is still a long way from a comprehensive state property register

How much property, real estate, securities, and money Montenegro owns is not known to this day due to the fact that the line authorities of the Government have still not drafted the state property register, even though the law required this to be done seven years ago. The years of violating the Law on state property, the disregard of auditors’ recommendations, the chaos that rules in the area of management and use of public property, and still to this day no one was held to account. It is expected that the first data on state property will be made available by the end of April for a small number of authorities, but given the current pace of collection of data on state property it is safe to assume that this obligation will not be fully met for many years to come. 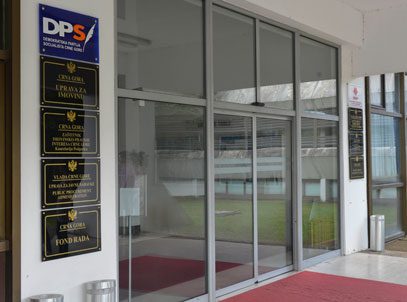 The Law on state property was adopted by the Parliament and entered into force in March 2009. It prescribes the obligation for state organs and public authorities established by the state of Montenegro and its municipalities to catalogue, evaluate, and record all real estate that fall within their remits and to submit data on them within one year to the public authority in charge for property affairs.

The law requires this public authority to establish a single list of real estate in state property within 90 days following the deadline set for state and municipal bodies. In line with these provisions, the state property register was supposed to be functional by summer of 2010. However, seven years later, the register still does not exist and its establishment will cover several phases where the data will first be entered for the property of direct budget beneficiaries, and only later for indirect budget beneficiaries and local self-governments.

In February 2010 the Government adopted a Decree on the manner of work of public administration, which prescribed that the programme for electronic data management for individual records keeping, registers, and single record keeping will be developed by the Ministry of Finance and the line ministry responsible for the information society. The ministries were obliged to set up compatible programmes with the view to establishing a single information system for keeping records of the property of the state.

Even though the decree did not specify whether someone else can do the job for the ministries, a private company from Belgrade, Serbia, called Atos, was hired to do this and they received 199.800 euro for the job. They were the single bidder at the tender published in October 2014.

DRI’s recommendations not applied in practice

The State Audit Institution (DRI) has noted problems in managing state property, as well as failure to abide by the law, as early as 2011 in their report on the audit of the annual financial report on the effectiveness of recording state property for 2010. It was established then that the Property Administration and the Finance Ministry did not meet the objectives and tasks set before them by the Law on state property, that the implementation of this law was not provided for, and that the state property register has not been developed. 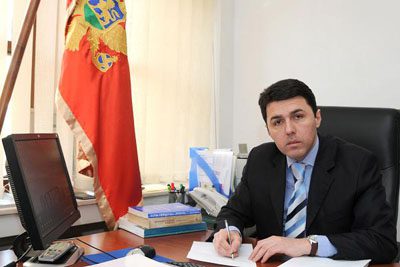 Last year’s report and data from this year paint a similar picture. DRI Senator Dr Bra­ni­slav Ra­du­lo­vić, who headed the 2016 audit entitled “Efficiency of tax debt settlement with the property of the taxpayer,” said that the latest controls have established that the records of the Property Administration do not provide complete information on how many subjects (state authorities and local government authorities) are required by the law to submit data on property and real estate.

The DRI gave a set of recommendations to the Property Authority, in which they stated that it is necessary to identify precisely and comprehensively all real estate owned by the state, collect legal, physical, financial, and economic data on state property, and then also to classify, measure, and establish a portfolio of all state property. The Administration was advised to create a database of all state and local authorities and public bodies that are established by the state or the municipality that are obliged to submit data on property and real estate, and that this database be used to monitor submission of data, as well as to undertake legal measures in cases when data is not being submitted. Among other things, it was recommended to draft and submit to the Government a strategy on the use and management of state property, as well as an annual plan of property management.

Mr Ra­du­lo­vić explained that the Property Authority is obliged to submit a report on the implementation of these recommendations by 17 April, as well that it submitted on 22 March an overview of the activities undertaken to implement the three recommendations.

– In all our financial audits and audits on regularity, the DRI puts a special emphasis on state property. The DRI will undertake special audits in 2017 that will focus on state property, such as the currently ongoing audit entitled “Management and use of the property by the Ministry of Defence,” – Mr Ra­du­lo­vić has announced.

First data by the end of April

The Property Administration noted that at the end of 2015 and in early 2016 they held trainings for direct budget beneficiaries and that 62 authorities responded to their call for training. So far, 106 beneficiaries have undertaken the training.

– Given that the drafting and submission of tables posed great challenges for the authorities, we were met with insufficient understanding and readiness to cooperate, which resulted in some delays in data submission. The tables we received were not complete nor drafted properly, so the Property Authority had to do additional editing, which required precise and detailed work and additional time – the Property Administration has said.

The Authority expects the state property register to be operational in the next month or two.

– However, the records will only show data belonging to the authorities that have submitted information in Excel sheets that are designed for data migration into a single record of state property. The purpose of the ARS web application is to enable the users to record the assets and it is a complex system based on several modules. Each authority will use the ARS to enter, modify, and sign the assets and at each moment they will be able to extract from it the reports on the state of play of their property, and the Property Administration will have a real-time insight into all the assets of all authorities and it will be able to produce reports on all assets – the Property Administration has explained.

The Administration expect the web application to be loaded with information and operational for those bodies that submitted data, no later than 30 April 2017. 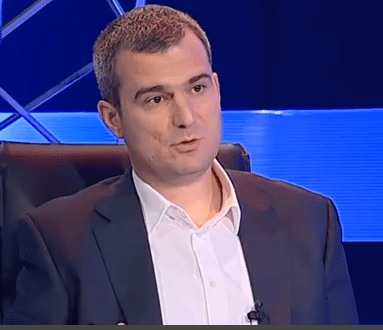 President of the Management Board of Institute Alternative Stevo Muk told daily newspaper Dan that after the years without the register we now have a database with no data. He said that someone needs to be held to account for such slow progress on the establishment of the register, and noted that the delay is now more than seven years. He also wondered whether any progress would have been made at all were it not for the pressure from the DRI and civil society.

– How much longer will the process of filling the database and checking the correctness of the data take is anyone’s guess, but certainly we are talking years and not months. The key issue is that a lot more time will pass until we can have a comprehensive and functional property register. Even at the central level the response of authorities is below 50%, and we can suppose that the data collection from other public bodies, especially local self-governments, will be even slower – Mr Muk has said.

He thinks that it is high time for the Government to direct its attention to this issue and to make all the institutions report the property in order to complete the register. It also needs to demand responsibility of the Property Administration people in charge for what will likely be a decade of delays in performing duties.

– This is not just some software we demand because it is a formal legal requirement – it is an instrument that will allow savings and more rational use and property management. It is degrading that in the 21st century the state of Montenegro does not know what it possesses – Mr Muk has concluded.

State of play in the re­gi­o­n

And as we may expect the first data on state-owned property in Montenegro to be published soon, the state of play in public property management in neighbouring Croatia and Serbia is at a higher level.

When it comes to the property records and its transparent management, Croatia is the frontrunner with its Ministry for State Property. Croatia’s public property register is publicly available. It contains a list of shares in trade companies and real estate and property. Their tables list full names of the shareholders’ companies or legal entities in which the state of Croatia has ownership, their seat, starting capital, and the like. The type of property is specified in detail – e.g. living quarters, office space, construction area, as well as size, address, …

In Serbia, this area is covered by the Law on public property and the Decree on the record of publicly owned real estate. The Property Directorate is in charge of keeping a single record on real estate and summary records of property owned by the state.