Effects on Good Governance, Rule of Law and Civil Society 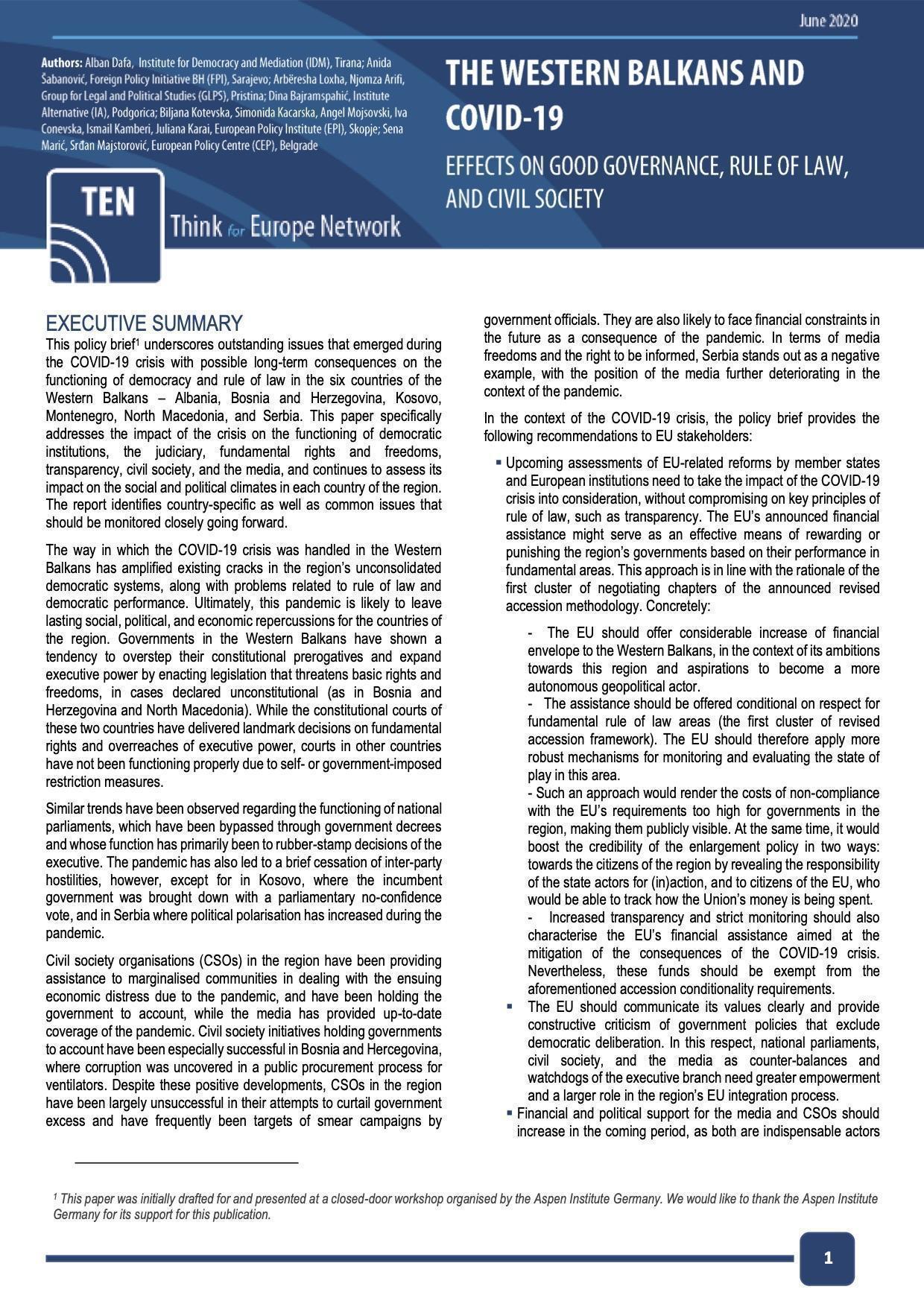 This policy brief underscores outstanding issues that emerged during the COVID-19 crisis with possible long-term consequences on the functioning of democracy and rule of law in the six countries of the Western Balkans – Albania, Bosnia and Herzegovina, Kosovo, Montenegro, North Macedonia, and Serbia.

It specifically addresses the impact of the crisis on the functioning of democratic institutions, the judiciary, fundamental rights and freedoms, transparency, civil society, and the media, and continues to assess its impact on the social and political climates in each country of the region. The report identifies country-specific as well as common issues that should be monitored closely going forward.

The way in which the COVID-19 crisis was handled in the Western Balkans has amplified existing cracks in the region’s unconsolidated democratic systems, along with problems related to rule of law and democratic performance. Ultimately, this pandemic is likely to leave lasting social, political, and economic repercussions for the countries of the region. Governments in the Western Balkans have shown a tendency to overstep their constitutional prerogatives and expand executive power by enacting legislation that threatens basic rights and freedoms, in cases declared unconstitutional (as in Bosnia and Herzegovina and North Macedonia). While the constitutional courts of these two countries have delivered landmark decisions on fundamental rights and overreaches of executive power, courts in other countries have not been functioning properly due to self- or government-imposed restriction measures.