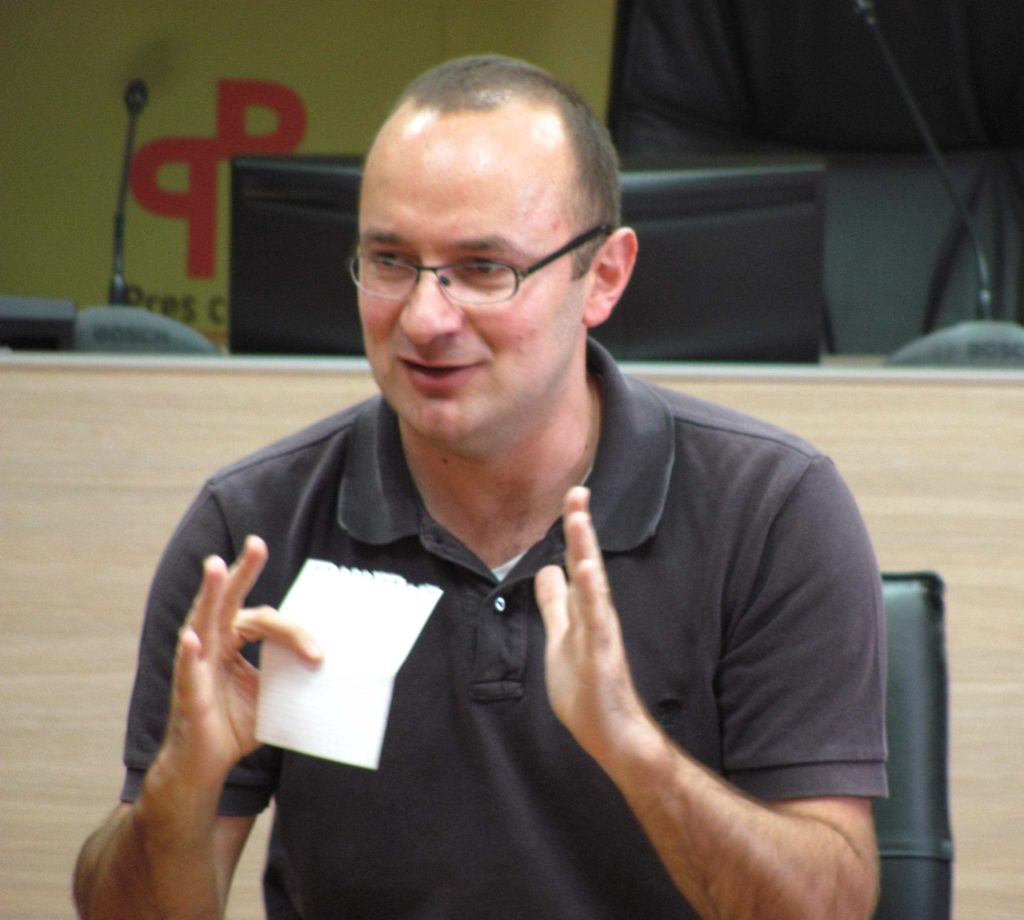 On April 29th, third block class of the Public Policy school has been held. The class was devoted to the topic “Academic writing Vs Policy paper writing“. Vladimir Pavićević held an interactive workshop.

Two hours long lecture was held at the PR Center in Podgorica.

The Public Policy school project is supported by the Commission for the allocation of gambling revenue and managed by Institute alternative in collaboration with the Centre for Research and Monitoring (CEMI).

Short biography of presenter:
Vladimir Pavićević graduated at the Department of International Relations, Faculty of Political Sciences in Belgrade, year 2001th, on thesis: “Civil disobedience in contemporary political theory”. He completed his master’s degree at the University of Bonn with theme: “Great Compromise: Experiences from the process of the constitution of the United States and Europe,” in 2003. Vladimir’s master degree was validated in 2004th at the Faculty of Political Sciences in Belgrade as a Master’s Degree in Political Science. He received his PhD in 2011th at the Belgrade’s Faculty of Political Sciences with doctoral dissertation:”The concept of consent in John Plamenac’s political theory.” In the period 2004 – 2011, Vladimir Pavicevic studied in Austria and the United States. He has published several works of political theory, political philosophy, and European studies. Since 2011, he is the President of the Research Forum at the European Movement in Serbia.