Transformation of Radio and Television of Montenegro (RTCG) from party to the Public Service must not be halted, since it would be a first step towards restraining of the European integration and European future of Montenegro, as it was stated from the performance ‘Independent Public Service and full stop’. 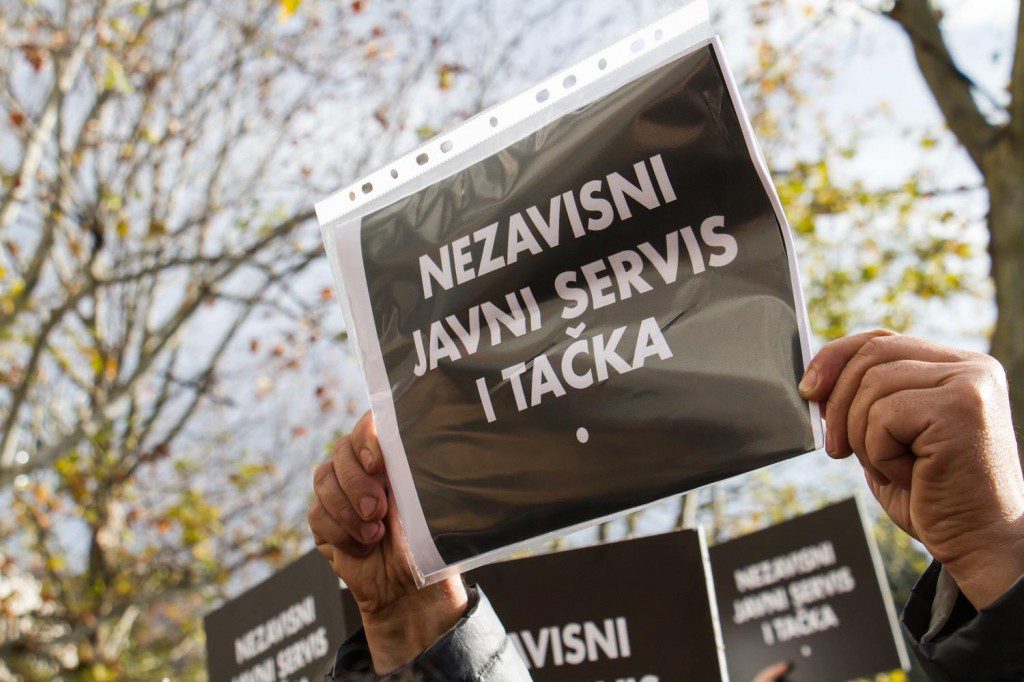 The protest performance, in front of Parliament of Montenegro at which today chains from RTCG were simbolically taken off, was organised by the Centre for Civic Education (CCE), Centre for Research and Monitoring (CEMI), Centre for Investigative Journalism (CIJ), Centre for Development Non-Governmental Organisations (CDNGO), Institute Alternative (IA) and Network for Affirmation Non-Governmental Sector (MANS).

Representative of CDNGO, Radoš Musović, said that transformation of Public Service is not completed and must not be halted. 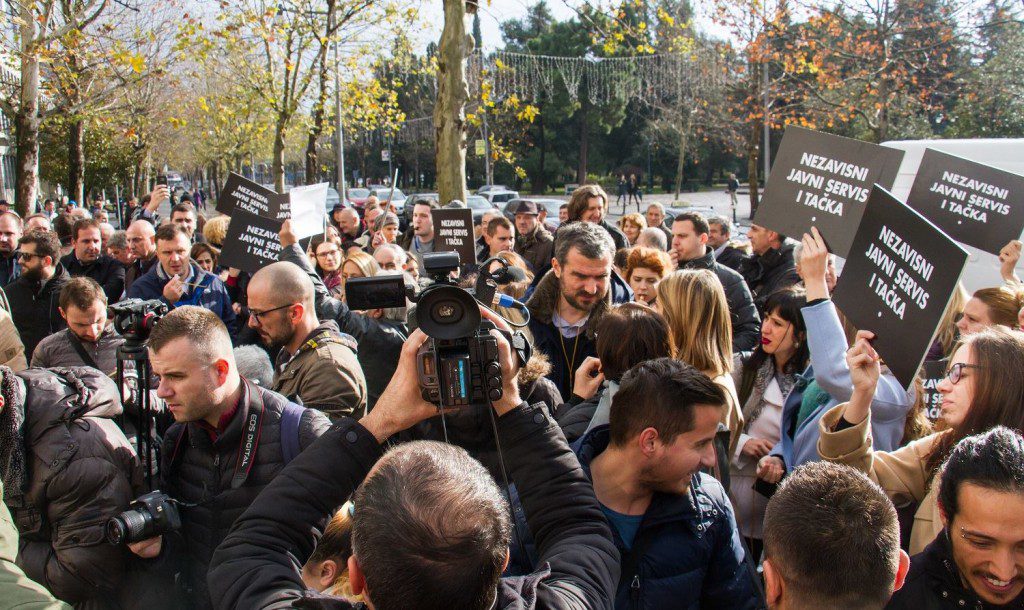 He pointed out that chains from RTCG are being removed and that ‘darkness will not return’.

‘We convey to MPs today to know that we are here, that we will not be silenced, that we remember what RTCG was like before, that we remember the darkness we were in, and that that darkness will not return again for Montenegro, which the European future belongs to. Free media are the only thing we want and for free media, we will fight’, Mušović said. 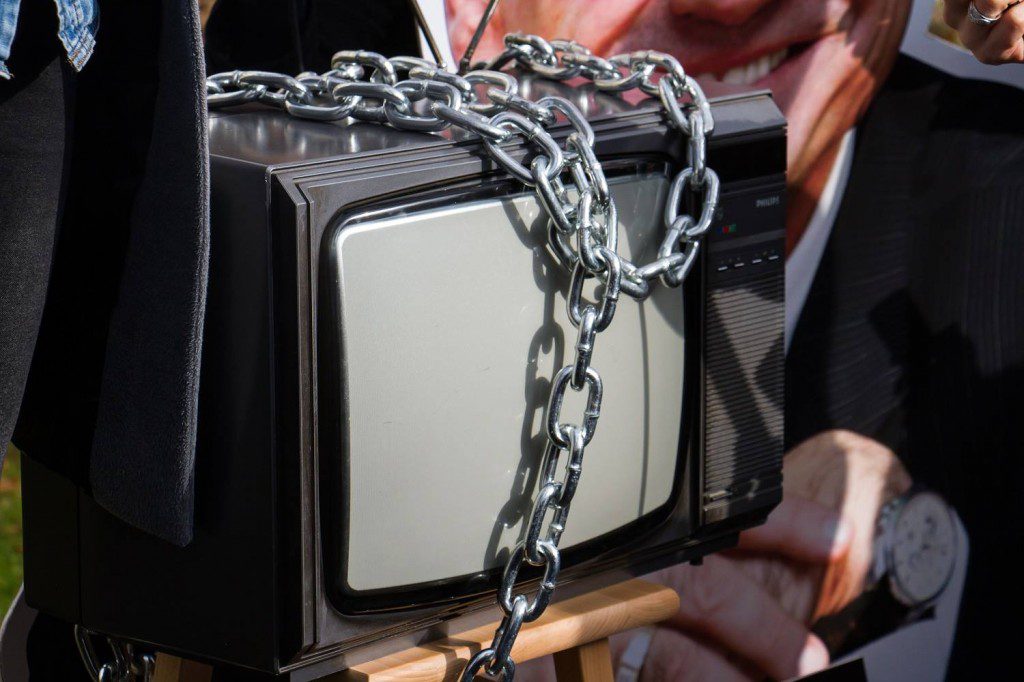 Member of the RTCG Council, Goran Đurović, stated that he expects the Administrative Committee of the Parliament of Montenegro to follow what, as he said, were orders from the top of the Democratic Party of Socialists (DPS) and to propose to the Parliament his dismissal.

‘This will be done in a completely unlawful manner, and the Parliament will, again, unlawfully make such a decision, and the Public Service will again, very soon, probably be returned under the auspices of the DPS. This year, as citizens have had the opportunity to see balanced, objective and timely reporting, this will no longer be happening. Everything will happen that has happened over the past 27 years while the previous management was leading the RTCG’, assesses Đurović.

Those who exercise power in Montenegro, as he said, have a need to control and influence the work of all institutions.

‘The Public Service in such a Montenegrin society must obviously not be independent’, Đurović said.

President of the Managing Board of IA, Stevo Muk said that there was a positive process occurring in the Public Service, but in the last few months ‘we are witnessing an attempt to return to the old one’. 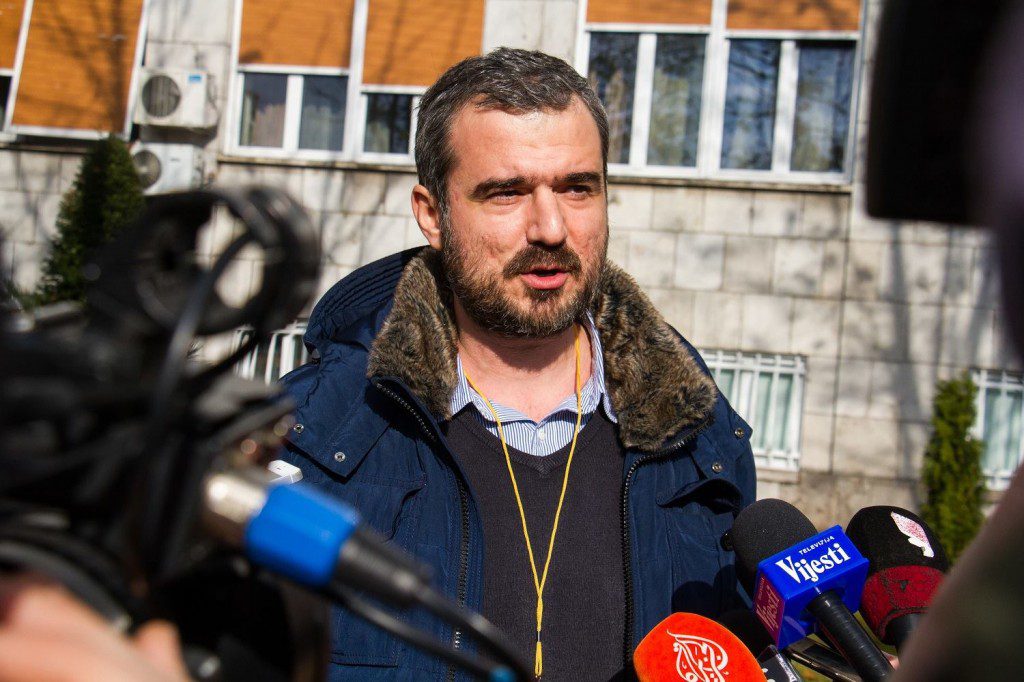 ‘We recognise that this comes from the DPS’s kitchen. Mr Ljuiđ Škrelja is only an executioner of decisions made by Milo Đukanovic and Duško Markovicć. We demand for this to be stopped. We appeal to DPS and their leadership to stop this process and preserve the independence of RTCG’, stated Muk.

He also appealed to other political parties in the ruling coalition to help stopping, as he said, the unlawful process of dismissal of Goran Đurović and other members of the RTCG Council. 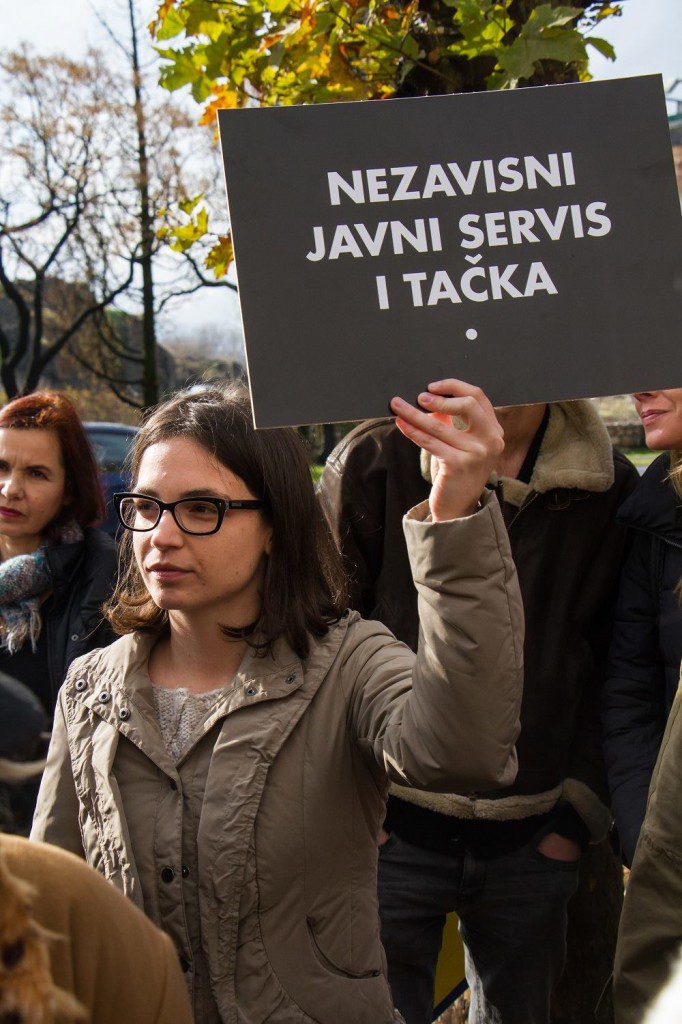 ‘We want to warn that everything we hear from diplomatic circles and what in official manner and in written come to the address of the Government of Montenegro indicates that with this attitude towards the independence of the RTCG, DPS and this Government risk halting the process of European integration, suspension of accession negotiations. We believe that it would be the worst that could happen to Montenegro at this time,’ assessed Muk.

He added that he believes there is enough strength in civil society to resist the pressures.

‘If this is not stopped, we will consider new gatherings and actions. We believe that there is not even a single legal requirement for dismissal of Goran Đurović. If today the Administrative Committee proposes his dismissal, we are ready to initiate proceedings before the courts, in this regard’, Muk said.

Executive Director of CDNGO, Ana Novaković, said that the Administrative Committee has no jurisdiction to act in the case of Goran Đurović and that it shows that, as she stated, it is only a tool in the hands of DPS.

CIJ representative, Milka Tadić Mijović, pointed out that transformation of the RTCG from a party into a public service must not be stopped, stating that for the European perspective it is necessary to have independent media.

‘This country has serious problems and will be having them even more if this transformation of the RTCG is stopped. We are still far from the freely expressed will of the citizens, from free media’, assessed Mijović.

Director of the Shelter, Ljiljana Raičević, said that the Public Service is very strong and viewed and that the citizens have nothing to hope for if, as she stated, the RTCG is not independent but in party colours. 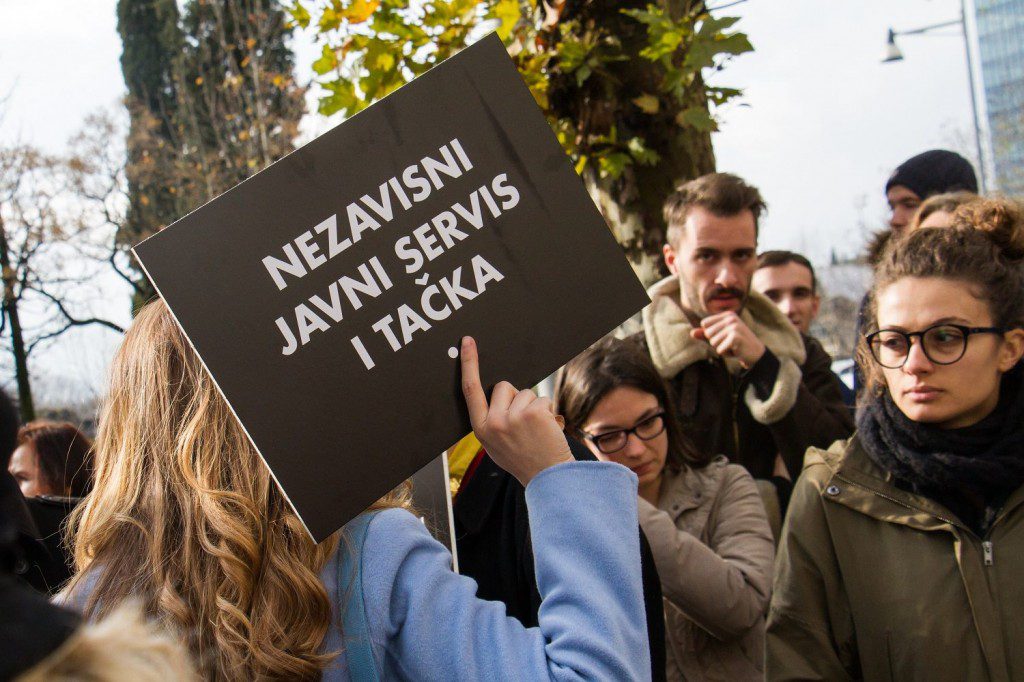 ‘I believe that world too is watching this and that they have some influence from the side, where it is not possible to do just about anything. The public service has been improving, it had good shows, we will see in the future how it will be. I hope that authorities realised that they can not control everything’, Raičević stated.

On the links below you can find more details from the protest: