Nearly 40 participants gained knowledge on the introduction of a gender perspective within all phases of budget process, practical examples and tools for achieving gender sensitive budgeting.

Training ”Gender Equality and Public Policies: Basics of Gender Sensitive Budgeting” was organised by the Institute Alternative on 27 and 29 October, 2020.

Purpose of the training and its main aim was to capacitate those who work on preparation, adoption and implementation of budgets, both on central and local level, as well as representatives of civil society, to be able to conduct gender budget analysis and create measures which will contribute to gender equality and gender-mainstreaming of existing budget programs.

Budget is the most important policy instrument of government, because without adequate funding no policy will be effective. Therefore, gender sensitive budgeting is used to design a budget that contributed to reduction of inequality of women and men, and allows active addressing of specific gender issues.

”Training was well designed. Online way of presentation has no disadvantages, on the contrary, this method of training could be more practiced even later, when the measures introduced due to corona virus stop. Material which I downloaded is really useful and is being read, because preparation of this year’s budget requires application of gender sensitive budgeting, and we are at the stage when we process the statements collected from units through explanations. I hope that there will be opportunities for the same training to be organised once again, because I am interested in attending it”, is the comment of one of the participants of the training.

Višnja Baćanović, expert in this area, led the training with a combination of theoretical approach and practical group work of participants, which included work on specific examples such as budget allocation for sports at the local level, gender budget analysis and defining of measured for achieving gender equality within budget programs.

Those who work in Budget Directorate and Directorate for Economic Policy and Development (Ministry of Finance), local secretariats for finance officials from municipalities of Berane, Kolašin, Bijelo Polje, Tuzi, Golubovci, Bar and Danilovgrad, representatives of Parliamentary Committee on Economy, Finance and Budget, as well as representatives of CSOs, Ombudsman institution and other institutions and organisations – have successfully completed training on gender sensitive budgeting.

”Budgeting is at the core of activities that are being conducted in public sector. In my opinion, it is necessary to organise trainings for introducing gender mainstreaming in all of the phases of strategic planning, action plans and reporting”, it is stated in the anonymous evaluation survey filled by the participants of the training.

Training was conducted within the project ”More Than Quotas: Gender Mainstreaming and Public Policies in Montenegro”, implemented with financial support of the Ministry for Human and Minority Rights. 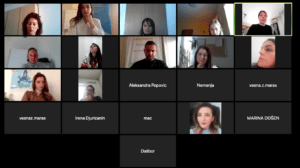 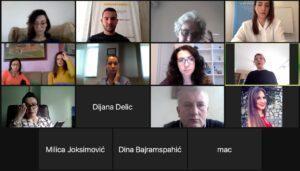