The Police Directorate has been misinforming the citizens about their rights during the conversation with the organizers of public assemblies, which is why Institute Alternative has filed an initiative to the Council for Civic Control of Police to further investigate this behavior 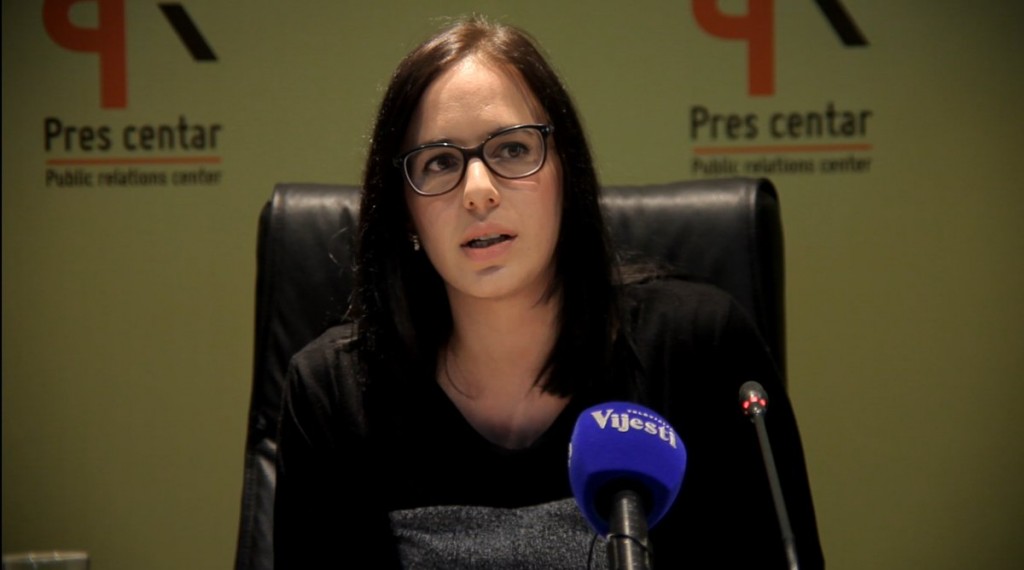 From the analyzed sample of nearly 400 official notes on conversations conducted in the first half of 2017 with the organizers of public assemblies, Institute Alternative warns that the Police Directorate is calling upon the Law no longer in force, which regulates this area much more restrictively than the Law in force.

The organizers of public assemblies were told that they are obliged to provide a sufficient number of stewards to maintain public order and peace, although the obligation to provide stewards was deleted from the law. The law, which entered into force in 2016, foresees this obligation only for organizers of public performances, which are gatherings organized for the purpose of generating income within the registered economic activity.

Additionally, it is stated that in accordance with the Law, the assembly cannot be held in the vicinity of hospitals and monuments of culture, motorways, main, regional and local roads, which is also not the provision of the Law in force.

By listing the provisions that do not exist in the applicable Law, the Police 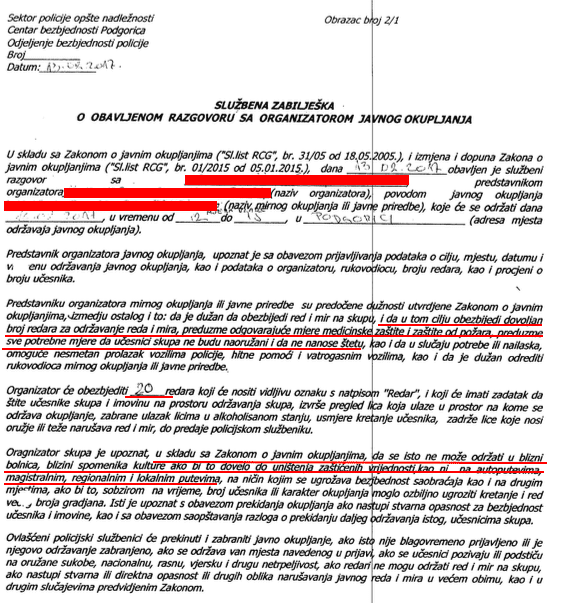 Directorate has been misinforming the citizens about their rights and obligations, showing the scope of citizens’ rights more narrow, and the scope of obligations greater than the law actually states.

We remind the public that it was precisely the “location suitable for public assembly” the controversial motive that the Ministry of Interior used to make the amendments to the law, thus introducing a ban on peaceful assemblies on the roads, while Institute Alternative has repeatedly claimed in recent months that such action would be contrary to the Constitution and international standards.

Taking into account the fact that there is a possibility that this form has not been adjusted in a way to correspond to the new law, we also remind that any omission which prevents citizens or legal entities in exercising their rights constitutes the basis for the disciplinary responsibility of all state servants, including police officers.

Institute Alternative urges the Police Directorate to correctly and legally informs the citizens about the planning of the public assemblies in accordance with the law in force, providing them with correct information on their rights and obligations.