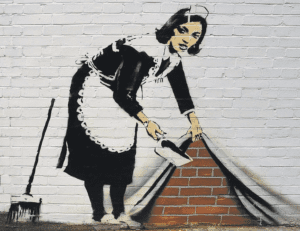 It has been approximately ten days since “Pobjeda”, state-run newspaper, had contacted us and asked to reply several questions about the topic “Affairs in Montenegro”. The intention of representing “affairs” as “alleged” was clear from the very composition of the questions. In other words, the intention was to defend Milo Đukanović, the most prominent actor implicated in these affairs, and thus to allegedly defend the state of Montenegro. In spite of my first impression, I decided to answer the questions, having in mind that other and different opinion would be desirable, even in the article which will be predominantly influenced by an obvious editorial intent.

The first question by “Pobjeda”: In recent years, several major affairs broke out in Montenegro. Two of them, “tobacco” affair and “Telecom” affair have been completed. Your comment?

My response: Unfortunately and disgracefully for our institutions, the “tobacco” affair has never been seriously prosecuted before our judicial institutions. To our knowledge, the Supreme State Prosecutor’s Office still carries out activities regarding the “Telecom” affair, so it is our expectation that they will soon present their new findings to the public.

The second question by “Pobjeda”: What did “produce” the latest major affairs in Montenegro?

My response: Instead of police and judicial institutions, Montenegro’s NGOs and the media have to ask questions, collect evidence and urge authorities to do their job.

The third question by “Pobjeda”: Why is Darko Šarić implicated in almost every affair in our country (Listing, etc.)?

My response: Listing is unfortunately another story that has not received its prosecutorial and judicial epilogue. Besides assurances of faultlessness by our politicians, institutions have not demonstrated that they are capable of uncovering more information and handling this affair in a professional manner.

The fourth question by “Pobjeda”: Why do you think the epilogue to various affairs is being awaited for so long?

My response: Primarily due to the lack of proactive attitude of the prosecution and the police. The Prosecutor will act solely under pressure and upon the request of international partners; many prosecutors do not want to do their job; there are obstructions at all levels of functioning of intelligence service; as well as significant problems in the cooperation of police and prosecutors. Most importantly, there is no political support and incentives for institutions to do their job. Moreover, there is a certain expectation from politicians that institutions will close their eyes in front of criminal offenses they make together with other holders of economic power.

The fifth question by Pobjeda: Do you think that the “audio-recordings” affair is an ended story?

My response: “Audio-recordings” affair will be an ended story when prosecution completes an efficient investigation of all the allegations against all the persons involved, and when judiciary ensures an adequate follow-up to the affair.

The sixth question by Pobjeda: Are you familiar with practice of European countries in the field?

My response: Police and prosecution authorities in EU member states devote particular attention to information coming from various sources, including the non-governmental organizations fighting against corruption but the media sources as well. Based on available information, these authorities conduct timely and efficient prosecution of perpetrators of criminal acts, especially regarding the cases of human rights infringement, damages to the state budget, corruption and organized crime.

The seventh question by Pobjeda: Will these affairs impede Montenegro’s EU and NATO integrations?

My response: If institutions turn a blind eye to the numerous allegations of the international organizations and media about corruption and organized crime cases, these integrations will be impeded and postponed for some other times.

Answers were written and sent on time. Journalists even confirmed that they received them.

I open Pobjeda on Sunday, expecting the article to be published. “Explanation” of the four pages long article is at the cover page. Question “How All the Fabricated Montenegrin Affairs Ended Up?” follows the big title “Fog Sellers Left in the Fog”. Further explanation is also provided. It reads: “All the affairs produced in Montenegro have fallen into water. Which kitchen prepares lies and arbitrary interpretations?”. At the inner pages, editorial theses are elaborated, interpreted and explained by Predrag Drecun, Predrag Popović, Srđa Vukadinović and Obrad Mišo Stanišić. Their statements are titled as “Wise Move of Milo Đukanović”, “Mountain Shook…” and “Dummy Bullets Against Montenegro”.

I turn the newspaper upside down, but none of my answers is there. Apparently, they didn’t fit into the concept. There was no enough space for a too different opinion. It could shake the firm belief in unanimous opinion and attitude of the well-intentioned analysts.

In sum, Pobjeda – newspaper, publishing and printing joint stock company is not giving up a defense of the person and work of its beloved President and of the only legal and legitimate political party.

Instead of dealing with remarks of the most recent reports of the European Commission and of the U.S., which note concerning scale of corruption and organized crime and connections between politics and business, Pobjeda is still chasing after traitors from opposition, non-governmental organizations and media. Pobjeda is still defending Djukanovic, not only from what he is being accused of today, but from what he had been accused of ten or twenty years ago.

The love of the state’s daily newspaper towards the president of the Government, which is tasked with the appointment of the members of the Managing Board of Pobjeda, is great. One more boost at ours EU and Euro-Atlantic paths.