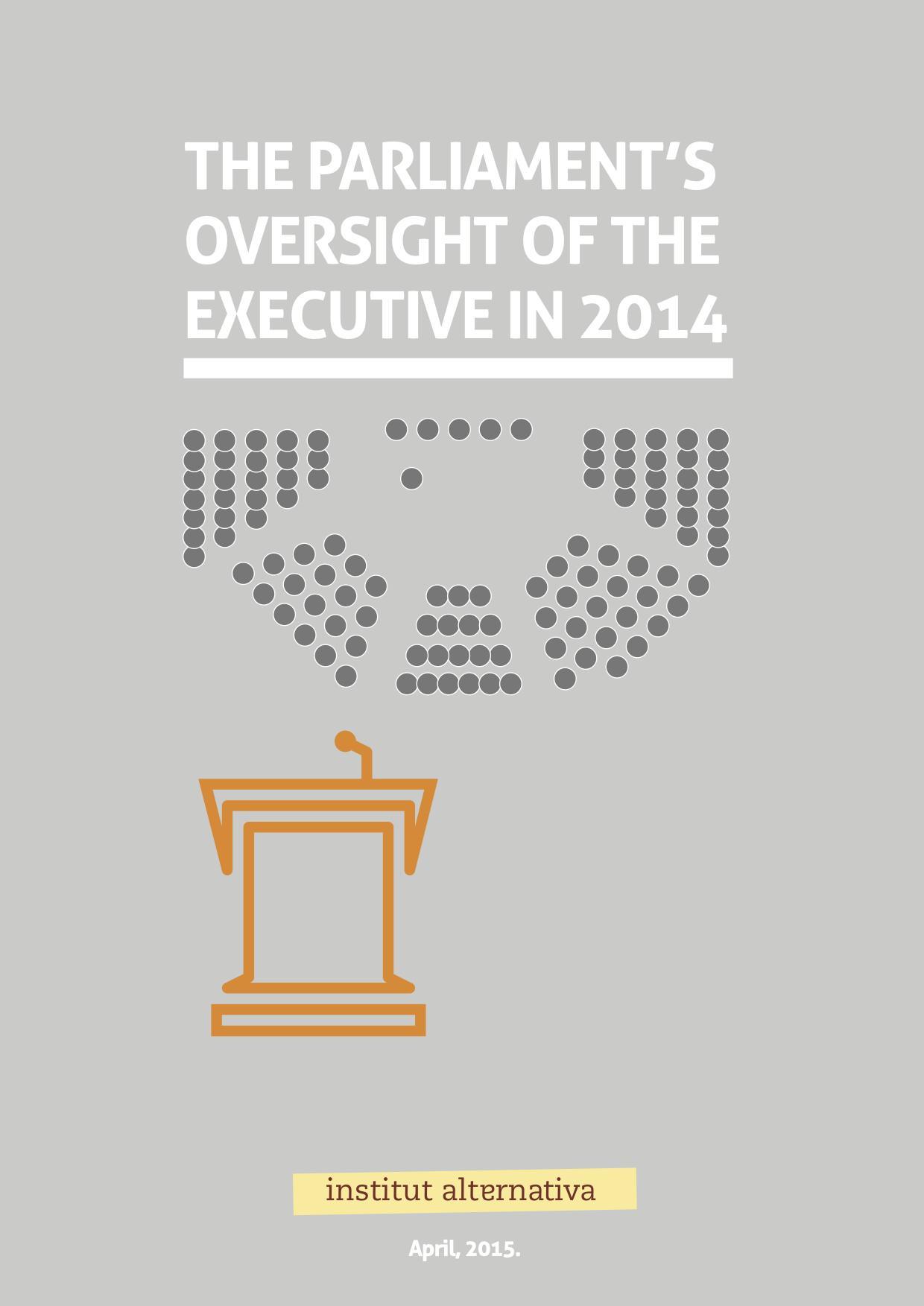 “The Parliament’s oversight of the executive in 2014” monitoring report has been developed within the “Analytical monitoring of the oversight function of the Parliament” project supported by the Budapest-based Open Society Foundations – Think Tank Fund. Throughout 2014, the Institute Alter- native research team monitored all the parliamentary committees’ sessions devoted to hearings or the deliberations on the state institutions’ performance reports. In accordance with our programme goals and our areas of interest, we paid particular attention to the work of four parliamentary committees: on economy, finance, and budget; security and defence; European integration; and anti-corruption.

The report presents the activities of the Anti-corruption Committee, as a special body for monitoring the areas of fight against corruption and organised crime, as well as the activities of the Committee on European Integration, the principal working body monitoring the EU accession negotiations. The work of the remaining committees has been analysed by looking at certain specific issues from their remits. The parliamentary oversight of the security and defence area is covered in a separate analysis.

This report also gives a short overview of the implementation of all the control mechanisms in 2014. Given that we devoted significant attention to researching the Parliament-related measures envisaged by the key strategic documents such as the Action Plan for Chapter 23 (Judiciary and Fundamental Rights) and the Action Plan for strengthening the legislative and oversight role of the Parliament, we also gave a short overview of the key commitments outlined in these documents. In this context, we hosted two special events for the purposes of this project: a round table discussing whether there was a need to adopt a Law on the Parliament, and a panel discussion on the Code of Ethics for MPs. In hosting these events, we received significant logistical support by the Service of the Parliament and the MPs, i.e. political party clubs in the Parliament.

The impact assessment of the control mechanisms available to the MPs has been conducted on the basis of a detailed analysis of the documents available at the Parliament’s website (minutes, parliamentary questions and ministerial responses, performance reports, action plans, etc.). We also sought data through the free access to information requests. The qualitative assessment of the control mechanisms’ practical impact was based on the interviews held in December 2014 with eight MPs and the Secretary-General of the Parliament.