Skip to content
Institute Alternative » Publications » The Parliament passes the decisions, but what is the procedure like? 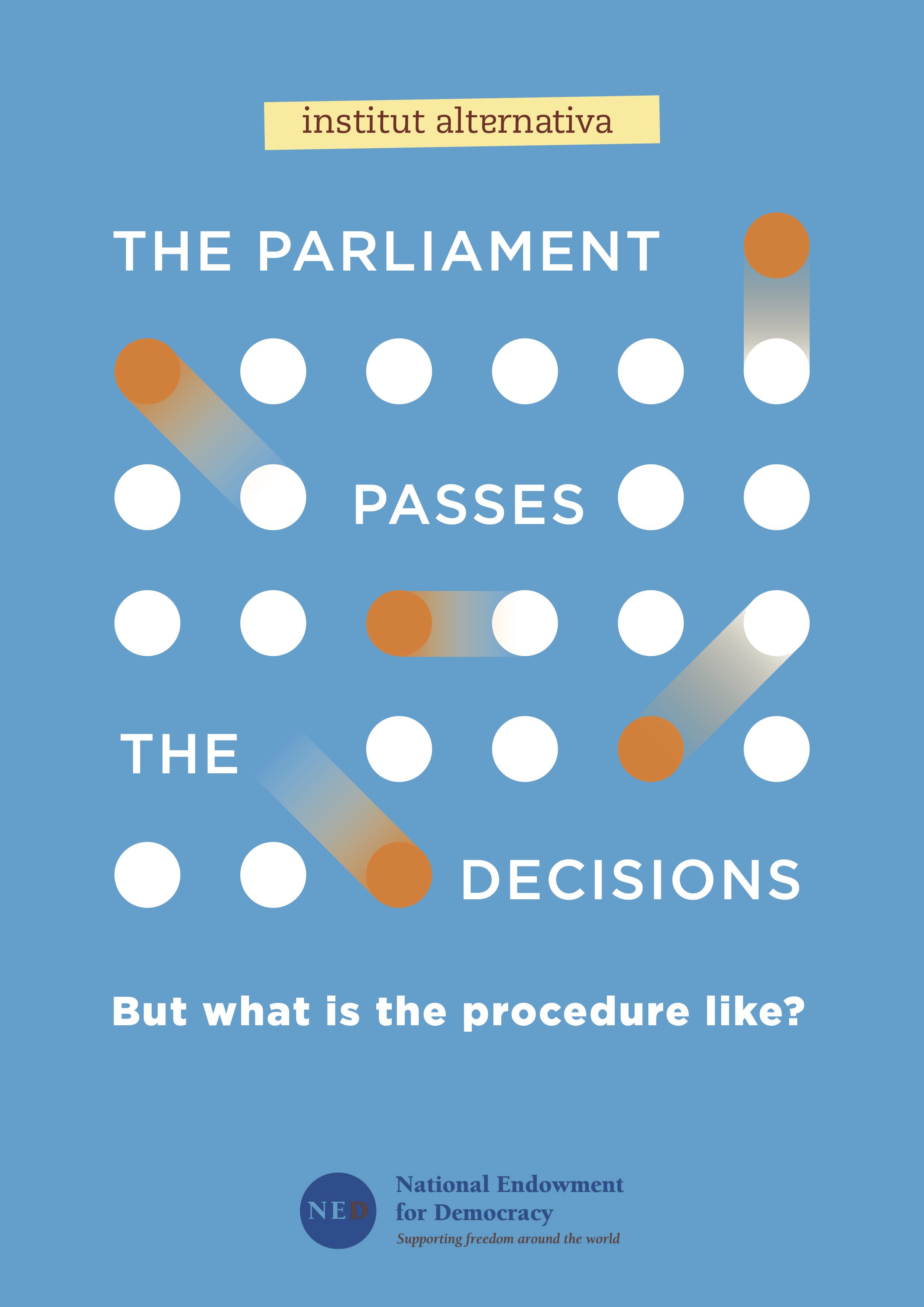 Analysis of the legislative function of the Parliament of Montenegro

This analysis addresses the legislative function of the Parliament of Montenegro. Between September 2020 and 22 September 2021, the share of the proposals for laws introduced to the Parliament by the MPs exceeded 50 per cent, surpassing, for the first time in the past ten years, the share of those introduced by the Government. This trend, however, was not coupled with detailed procedures that would have ensured an adequately informed process of proposing legislation, necessary data and public participation.

The MPs frequently stated that implementation of the proposals they introduced did not require any additional funding, although it was evident that new costs would arise in some cases (e.g., the establishment of the Talent Fund or new obligations of the Real Estate and State Assets Administration related to the restitution of olive orchards in the cove of Valdanos). The MPs did not elaborate the procedures for involving stakeholders and facilitating a broader debate on the proposed arrangements. On the other hand, the contents of the Government opinion to the legislative initiatives introduced by the MPs are not prescribed; hence, a “positive” opinion does not serve as an indicator of the quality of the initiative in question.

The amendments tabled by the MPs are accompanied by sketchy Explanatory Notes. The drastic changes of the spirit of the laws and the amendments to the regulations pertaining to labour and internal affairs, respectively, changed pensionable age and exposed the selection of the Police Director to direct political influence by requiring the Parliament’s affirmative opinion. Those situations warned and exposed the need for better explanations and broader debates on the substance of amendments. The MPs do not exercise their competences to review and conduct oversight over the regulatory impact analyses developed by the Government and accompanying the proposals for laws introduced by it. The potential of the Parliamentary Budget Office for carrying out more comprehensive financial analyses that should serve as the basis for the legislative role of the Parliament has not been tapped. The Parliamentary Service does not have a more proactive role in conducting the analyses that should precede major decisions made by the MPs.