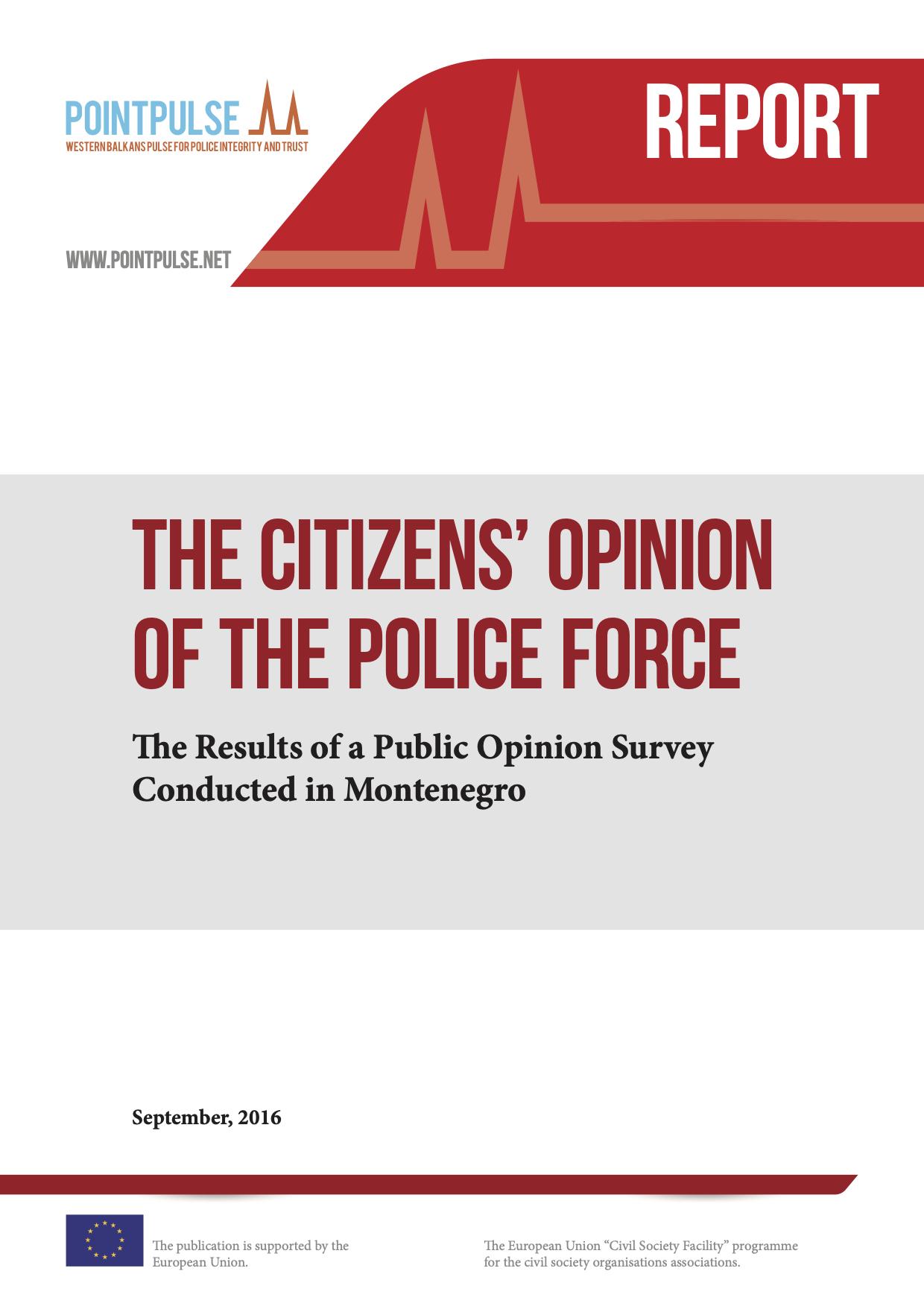 Six out of ten citizens of Montenegro trust the police. This suggests that police, despite numerous challenges, has citizens on its side as significant impetus to its work. In a nutshell, these opinions include, apart from the high level of public trust, largely positive associations about typical policemen and policewomen.

This trust score in police is in contradiction with other survey results, drawing a somewhat complex picture of people’s opinion of the police. Citizens think that corruption in this institution is relatively widespread; that the police predominantly serve particular interests, and that recruitment is not merit-based.

The key trends remain steady in comparison with the survey conducted in 2015. This suggests that relatively turbulent developments and opposition protests in the capital city of Podgorica from October 2015, which resulted in excessive use of force by a number of police officers, have not significantly affected the general perception of the police.

Also – like in 2015 – trust in the police and perception of corruption are not positively correlated, indicating the need for further research of key determinants of public trust in institutions. Possible explanations can be associated with the predominant political culture, which is not highly participatory and civic-oriented but is, instead, still parochial and submissive to a significant extent, meaning that a significant portion of population is not eager to question the authorities regardless of their performance.

The report was published as part of the project titled “Western Balkans Pulse for Police Integrity and Trust”, which aims to contribute to increasing the trust and confidence in the police by promoting its accountability and strengthening its integrity. For this reason, the following seven civil society organisations from the region came together to form the POINTPULSE network: Analytica from Skopje, Belgrade Centre for Security Policy (BCSP), Balkan Investigative Reporting Network (BIRN) from Belgrade, Centre for Security Studies (CSS) from Sarajevo, Institute Alternativa (IA) from Podgorica, Institute for Democracy and Mediation (IDM) from Tirana, and the Kosovo Centre for Security Studies (KCSS) from Pristina.

The project is supported by the European Union through the programme “Civil Society Facility” under the Instrument for Pre-Accession Assistance (IPA). The content of this report is the sole responsibility of the Institute Alternative and the views expressed in this document are not necessarily those of the European Union.