The IA calls upon the Capital City to return by-law acts that regulating cooperation with NGOs for additional amendment, and to boost cooperation by improving these documents and thus paves the way for the future.

If the Capital City has no vision to create even better basis for cooperation with civil society organizations than the state, the least it can do is not to go below the minimum that already exist at the state level. In other words, if there is no will to adopt better regulations than the Governments’ Decree on Cooperation with NGOs, the solutions contained in that document should be retained.

Instead, the capital has prepared frivolous and rigid proposals, which shows that there is no good will and intent for cooperation. Among other things, it is intended to prescribe that each NGO representative has to have 3 other NGOs supporting him/her in order to get nomination for the working group. However, Capital city proposal does not require that NGOs who support the candidate actually have experience in the area of the working group, which is extremely important. 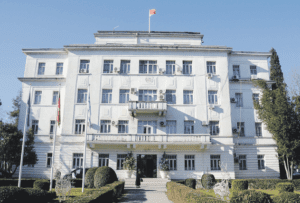 Our organization also had negative experiences with the Capital City in 2017 and 2018. One of the cases was regarding the participation in the preparation of the proposal of the budget of the Capital City, which is one of the main issues for the functioning of Podgorica. From our experience we saw that this was the call for participation without the intention to really work on the preparation of a high-quality budget proposal.

This simulation of cooperation has shown us that there is no communication and coordination among the local government bodies, when it comes to cooperation with the civil sector. Also, it became clear that the opening of working groups for the civil sector is, not for helping and constructive cooperation, but for raising the statistics of openness of local authorities, in particular the Secretariat for Local-Self-Government and the Secretariat for Finance, and that the responsibility for poor cooperation is missing.

We expect more from our local self-governments, especially from the Capital City, which should represent a positive example for other municipalities, and we hope that the principles of openness and public participation, instead of empty phrases, will be put into the function of essential cooperation between local authorities and citizens. The goal and the ultimate outcome of cooperation between authorities and NGOs should be to improve public policies, better quality of decisions and thus improve the quality of the lives of citizens.