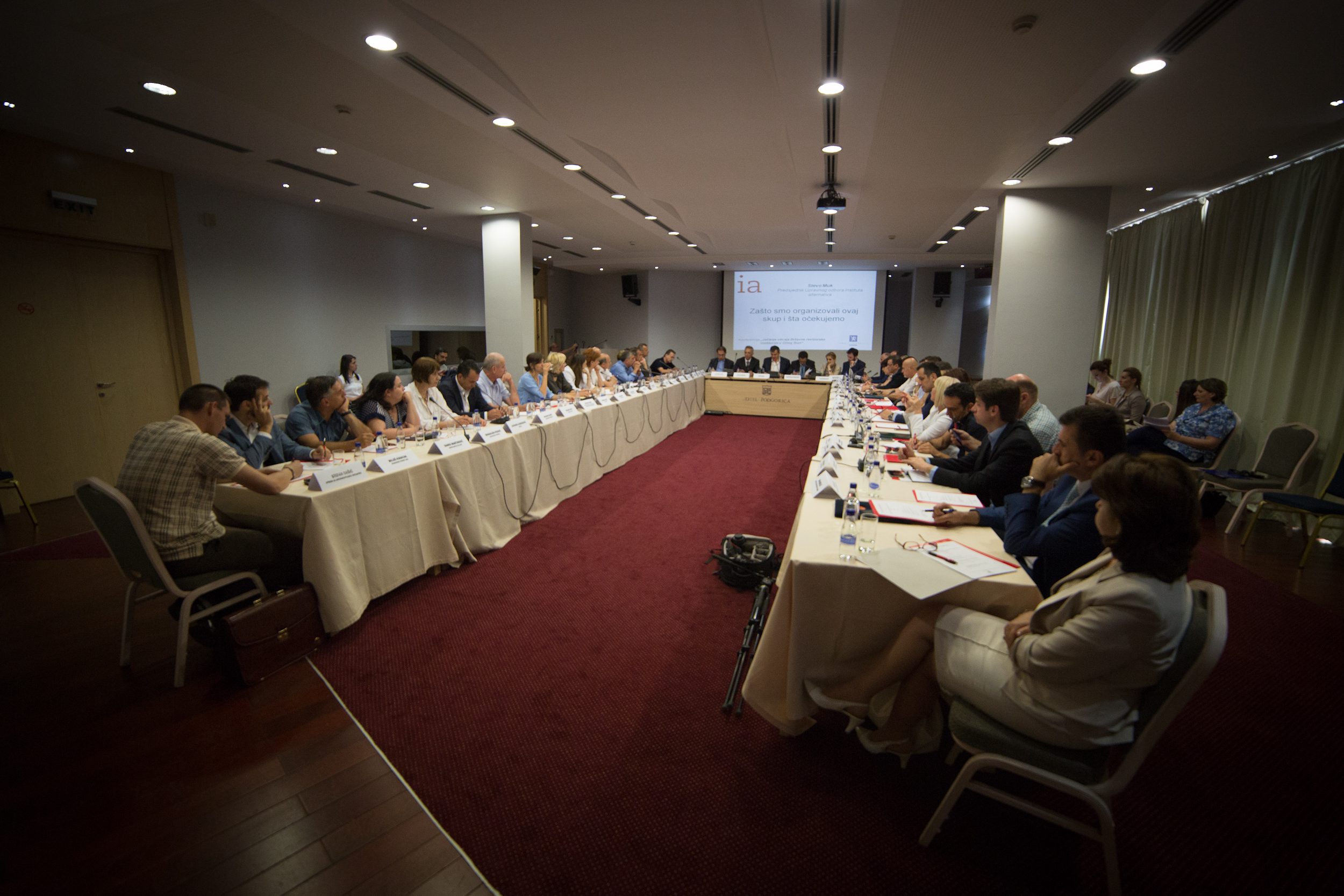 We are still far from effective control of the budget and far from the impact of the State Audit Institution (SAI) we wish for, it was concluded at today’s conference organized by Institute alternative. In this mission, Parliament, Government, Prosecutor’s Office and other institutions must have more active role and they should use the SAI’s report in their work, in order to establish accountability for any misuse and in the fight against corruption, as well as in systemic problem existing in the public sector.

Year in, year out, the Government is implementing less than 30% recommendations related to the final budget account and it tolerates the auditees’ failure to submit information to Ministry of Finance about what they have done in order to implement the obligations from SAI recommendations and from the Action plan for its implementation.

Aleksandar Damjanović, the chairman of the Parliamentary Committee on Economy, Finance and Budget, has announced the establishing of sub-committee on control of public finances for this fall, as one of the examples of fulfillment the obligation from the Action plan for Strengthening Legislative and Control Role of the Parliament. Moreover, he announced that the protocol on cooperation between the Committee and the SAI will soon be signed, which will ensure better exchange of information, significantly more engagement in each audit reports and monitoring the fulfillment of the recommendations. 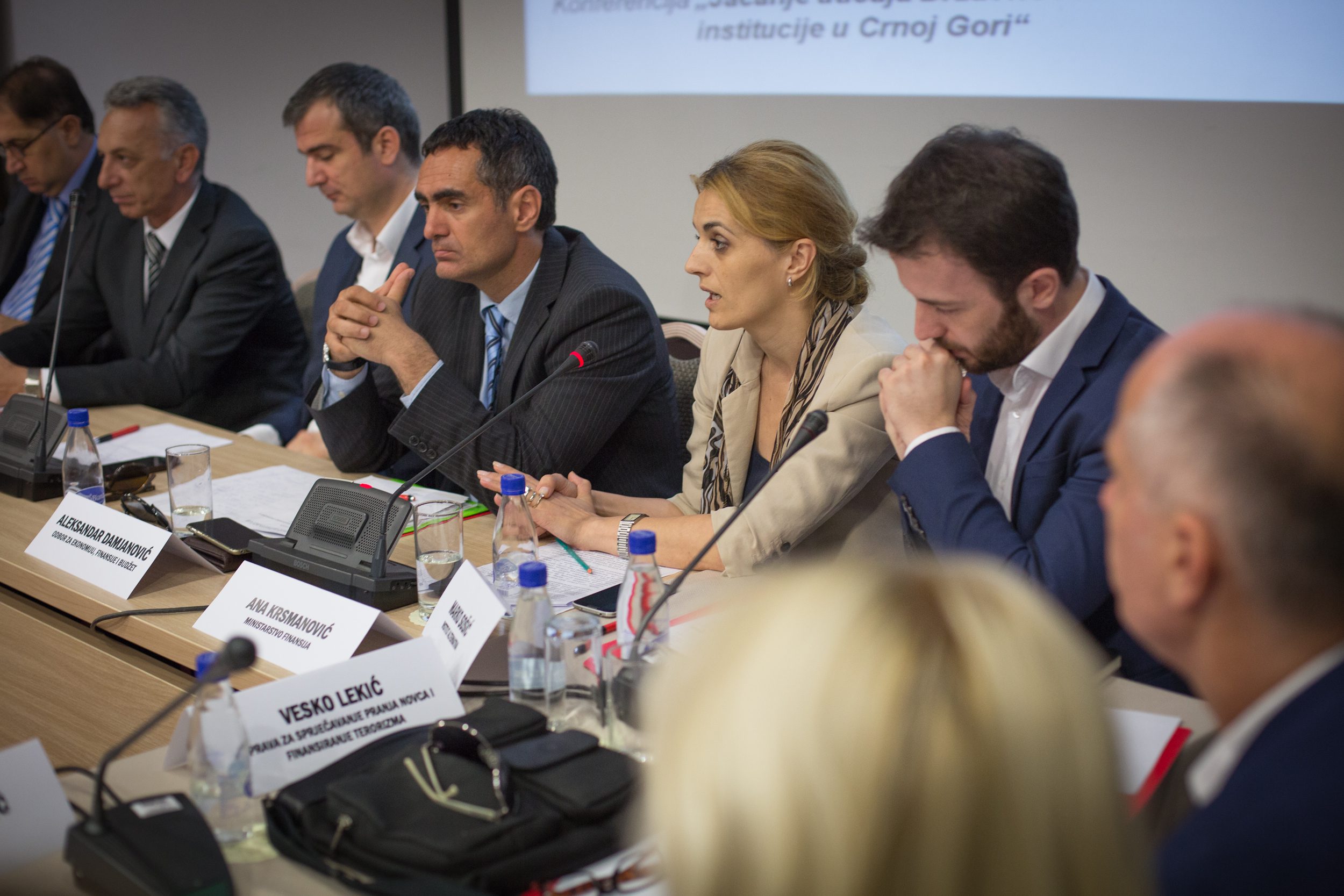 The Senate of SAI has announced that they will dedicate special attention to the development of the methodology for the monitoring and evaluation of the fulfillment of the recommendation by the auditees. Moreover, it has been announced that the SAI will work on strengthening the cooperation with State Prosecutor’s Office in order to determine the criminal liability related to the misuse of the budgetary funds which SAI encounters in its work.

One of the topics at the conference was what happens after the SAI reports are published, in terms of misuse and irregularities. It was concluded that it is unacceptable that the Prosecutor’s Office keeps ignoring audit reports and fails to carry out investigations on the basis of those reports, which SAI submits to them. In addition, misdemeanor charges, requests for compensation and clear definition of political accountability have to be an integral part of SAI’s work in the future if we want to stop practices that SAI has observed throughout the years.

The fact that the Parliament is allowing the Senate of SAI to work in an incomplete composition for almost five years has also been subjected to criticism. 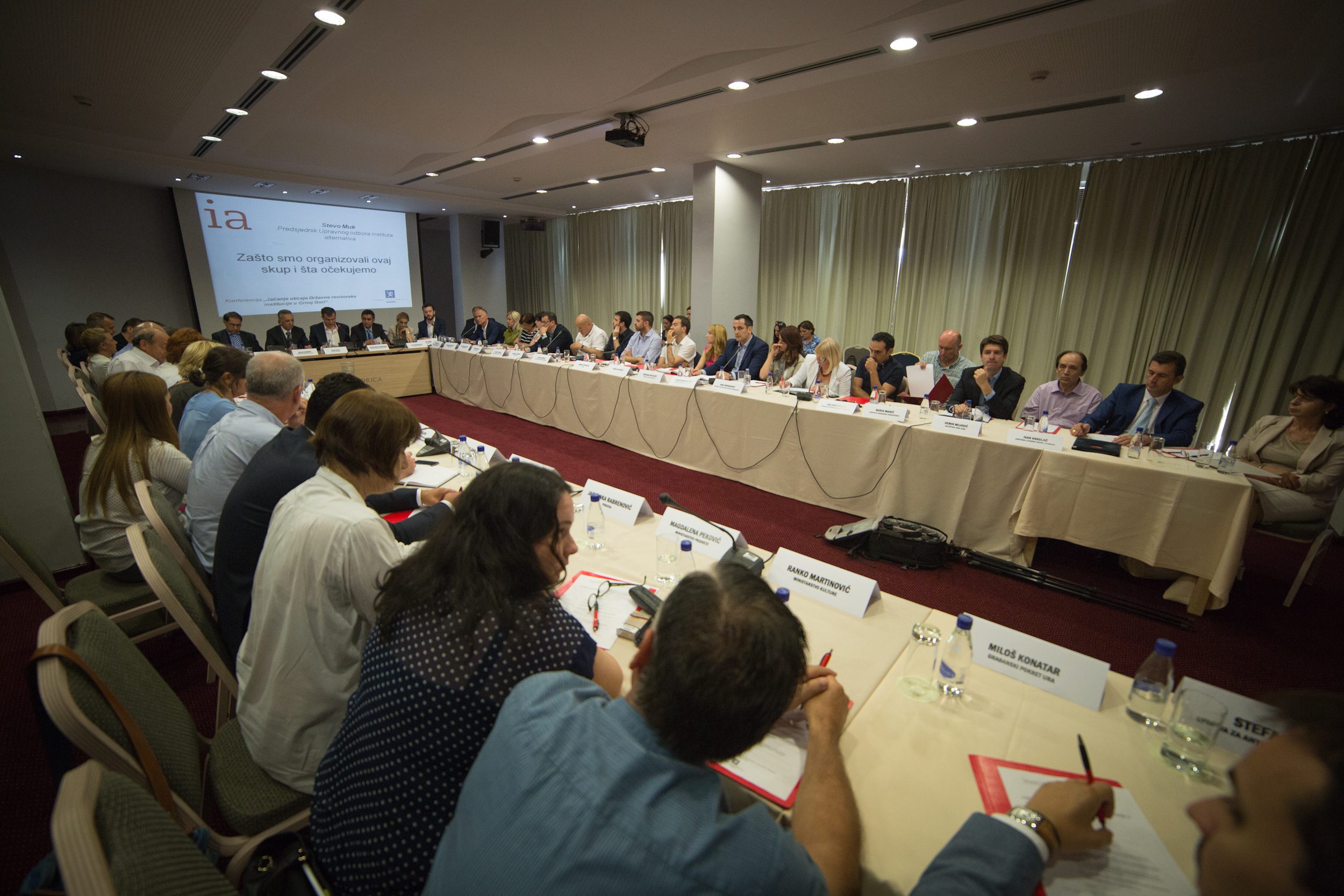 The capacities of SAI were also discussed, because SAI works with only half of the planned number of state auditors, while the Ministry of Finance continues to approve new employments in the SAI.

The attitude of the Institute alternative is that it is unacceptable that the Parliament violates the Law on State Audit Institution by appointing the state auditor in the Council of the Agency for the prevention of corruption, who cannot be the member of any managing body of legal entities.

Institute Alternative has also announced that new website www.mojnovac.me will be launched soon and it will offer data which will show which auditees are fulfilling the SAI’s recommendations.

The policy debate “Strengthening the impact of the State Audit Institution in Montenegro” is the part of the project “Together towards accountability – strengthening the impact of the state audit in Montenegro”, supported by the Royal Norwegian Embassy in Belgrade. The goal of the project is to increase the level of the implementation of SAI’s recommendations, as well as strengthening ties between the SAI and the Parliament of Montenegro, civil society organizations and internal auditors in the public sector.