Jovana Marović, IA’s research coordinator, commented on the participation of the Parliament in drafting the action plans for chapters 23 and 24 for the daily “Vijesti”: 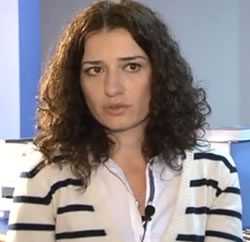 Although representatives of the Parliamentary Service, as members of working groups, participated in the development of Action plans, the role of Parliament in fulfilling the conditions for opening negotiations on Chapters 23 and 24 should have been more active. Therefore, the draft versions of the action plans should be discussed in the Parliament prior to the adoption by the Government at the end of the month. Given that the Rules of Procedure provide that the Committee for European Integration is in charge of monitoring the negotiations, then they should be considered in this committee. However, a more functional model would be to include other committees in the discussion as well – such as the Anti-corruption Committee, the Committee for Economy, Finance and Budget.

A similar model should be used when considering the common positions – having joint sessions of the so called “parent” committees, those working bodies interested in the matter and the Committee for European Integration.