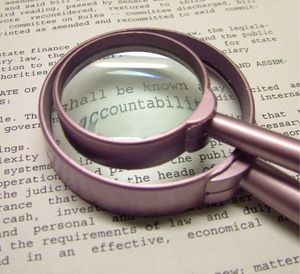 Parliament should further bring closer its work to citizens and enable live streaming of the committee meetings, which is already the practice in the region or, at least, publish audio recordings from these meetings.

Institute Alternative has sent a letter to the Secretary General of the Parliament, with initiative to enable live streaming of all committee meetings, such as streaming of plenary meetings via website or youtube channel. Alternative to this solution could also be to publish audio recordings from meetings or working bodies on the official website of Parliament.

Taking into consideration the need of citizens to be informed more frequently about legislative and control functions of Parliament, we believe that the stakeholders are deprived from hearing the speeches of MPs and the expert discussions on key questions in accordance to the competence of the committees, since the available minutes of meetings do not contain detailed information about the course of debate and the views expressed.

This practice is well known in the region. For example, citizens of Macedonia and Serbia can watch live streaming of the Parliamentary committees meetings via internet presentations of these institutions. Therefore, we believe that the Parliament, which in leading Montenegrin institution in regard to the transparency, should present this part of its work to the public.

Although the transparency of the work of the Montenegrin parliament is significantly improved, citizens aren’t still informed about the work of their elected representatives. It is only after the given insights of the work of MPs that citizens can responsibly vote in elections.