We call on the MPs not to support proposed amendments to the Law on the Prevention of Corruption, which foresee exclusion of councillors in local assemblies from the application of restrictions in the performance of public functions in public companies and public institutions, submitted by the representatives of the Democratic Party of Socialists, Daliborka Pejović, Marta Šćepanović, Petar Ivanović and Momčilo Martinović, on the initiative of the Union of Municipalities. 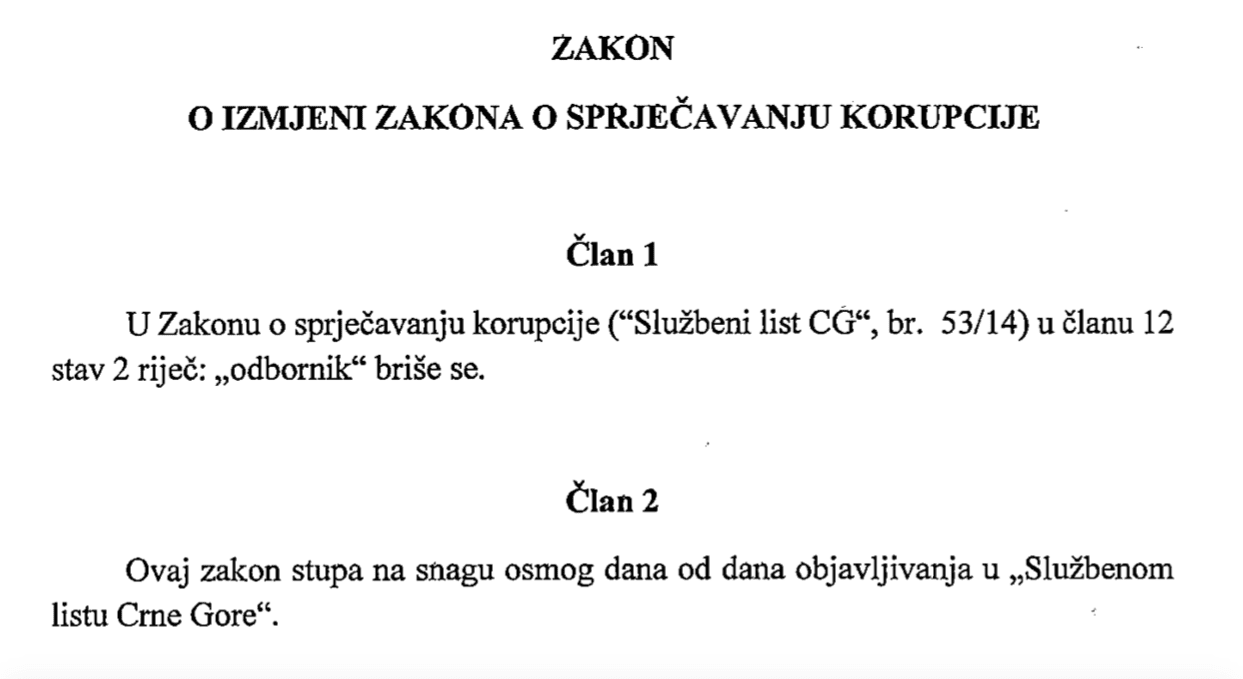 The proposed amendments seek to amend Article 12 paragraph 2 of the Law on the Prevention of Corruption which stipulates that a councillor shall not be a president or member of the management body or supervisory board of public companies, public institutions or other legal persons owned by the state or a municipality.

Specifically, it attempts to legalize the situation of, for example, DPS councillors in the Assembly of the Capital Podgorica, who in parallel with this public function also exercise managerial functions in public companies and institutions, contrary to the valid Article 12 of the Law on the Prevention of Corruption.

Adopting of proposed amendments is particularly problematic because it would undeniably place councillors in conflict of interest as they would control companies and institutions which they lead. Namely, the Law on Local Self-Governments prescribes consideration of work reports of public services founded by a municipality as one of the competencies of Local Assembly (Article 28, paragraph 1, item 24). Hence, this would undermine control mechanisms of local assemblies, as councillors could not be impartial in considering the aforementioned reports of public companies and institutions headed by them.

We recall that previously we had a situation in the National Parliament in which MPs who at the same time headed agencies, institutes or public companies, defended their own reports in front of fellow MPs or had discussions with state auditors, but this possibility has been recognized as a conflict of interest and abolished. Even though, according to the DPS logic, the ruling majority MPs do not have much work in controlling the executive on the national level, let alone the local one, persons who lead local public companies and institutions still have to be held accountable for their work by a local assembly.

Therefore, by adopting the proposed amendments, the MPs would be allowed to receive compensations from the public budget based on performance of two public functions that are in conflict of interest. In addition, single and comprehensive definition of a public official from the Law on the Prevention of Corruption that had been sought since 2004 in Montenegro would be dissolved by the proposed amendments, and councillors would be excluded from this definition as a special category of public officials.

We call on the MPs to bear in mind the aforementioned during their consideration of proposed amendments, as well as the publicly available Opinion of the Agency for the Prevention of Corruption on the currently valid Article 12 of the Law on the Prevention of Corruption, which states that ” under no circumstances can a councillor be a president or member of the management body or supervisory board of public companies, public institutions or other legal person owned by the state or a municipality”. 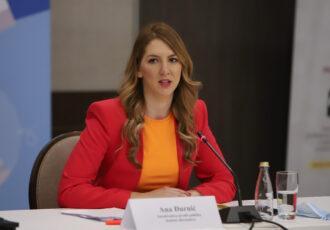