Skip to content
Institute Alternative » Accountable public finances » Reaction: State auditor cannot be appointed as a member of the Council of the Agency for the prevention of corruption 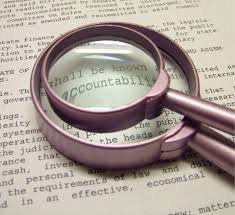 The Parliament is about to violate the Law on State Audit Institution (SAI) and therefore, endanger the appointment of the Council of the Agency for the prevention of corruption.

The Anti-corruption Committee has supported yesterday by a majority vote candidates for the Council of the Agency for prevention of corruption. The Committee has thus repeated the mistake made by the Commission for the proposal of candidates by supporting candidates whose appointment would directly violate the Law on State Audit Institution.

Namely, the Commission and the Committee have supported the candidacy of Mr Radule Žarić, long-standing state auditor in the SAI. The provisions of the Law on State Audit Institution clearly prohibits the membership of state auditors in the managing bodies of any legal entities (Article 41 and 45). It is the prohibition that applies to the members of the Senate of SAI, and according to that, it aplies to state auditors.

The only way that the Parliament of Montenegro supports the proposed composition of the Council of the Agency is if Mr. Žurić meanwhile resigns from his position at SAI. Otherwise, the Parliament will directly violate the Law on SAI and therefore compromise the process of constituting the managing body of the Agency for prevention of corruption.