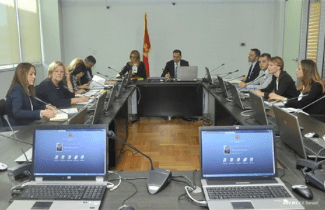 The second session of the Public Administration Reform Council was held yesterday in Podgorica, in which I participated as a member, on behalf of the Institute Alternative

I abstained from voting on the conclusions of the Council for the adoption of the Report on the Implementation of the PAR Strategy and Action Plan for the period 2016 – 2017.

I did not support the adoption of Report for both procedural and substantive reasons, which I have pointed out in addressing the members of the Council. I also requested the public and recipients of our conclusions to be informed about it.

However, in an official statement from the Council’s session, there is no information that I did not support the adoption of the report, despite the Vice President Pažin’s assurance that the public would be informed about my stand on the issue.

This Deputy Prime Minister’s failure to keep up to his promise, will not contribute to the further work of this Council and the participation of NGOs.

In addition, this report, as announced at the session of the Council, is not prepared for the Montenegrin Government nor will the Government adopt it. It was prepared on the European Commission’s request.

For these reasons, and in order to contribute to the transparency of the reform process, the Institute Alternative will publish this Report on its web page so that the public and citizens can get more information on the course of the reform.

Bearing in mind that only 5 out of 15 overdue measures foreseen by the Action Plan have been implemented, I have pointed out the need to individualize the responsibility for non-fulfillment of the measures.

The report only speaks in several places about the reasons and causes of poor realization. The least clear was the information on how far has come realization of the obligations in the field of development and coordination of public policies, which were supposed to be implemented by the Ministry of European Affairs.

The report unreservedly accepts the explanation of the Agency for Personal Data Protection and Free Access to Information that it could not verify whether ministries are proactively publishing information. This is, however, a simple website search activity that does not require special capacities.

The report contains inaccurate allegations such as that the Government could not adopt two annual reports on the implementation of the Decree on Cooperation between State Administration and NGOs and on Public Hearings, arguing that the Council for NGO development had not functioned, so the Government could not adopt these reports without Council’s advice. This is a pure counterfeit of the actual situation and sequence of events.

The report does not even contain the latest information in the field of public finance management, nor does it explain why we still do not have a state property register. Also, many data from the area of provision of services to citizens are provided in a form and manner that does not explain the actual situation and lead to the wrong optimistic conclusions about the results in this area.

I have pointed out that the measure “adoption of the Amendment to the Law on Free Access to Information” cannot be taken as a realized activity, nor one could claim that it has improved access to information when this law in effect restricts access by extending the scope of exemptions.

First of all, we know that e-consultations in Montenegro do not exist, but also the activity – “development of technical specifications for e-consultations “, the central government’s internet platform for public consultations and discussions, that was supposed to be implemented in the frame of a project supported by the European Union is not realized due to the lack of Government support. For these reasons, I have asked for more information on this UN research, methodology, specific data on Montenegro and sources of information.

Download the Report on the Implementation of the Action Plan for the PAR Strategy 2016-2020, for the July 2016-July 2017 period (only in Montenegrin)