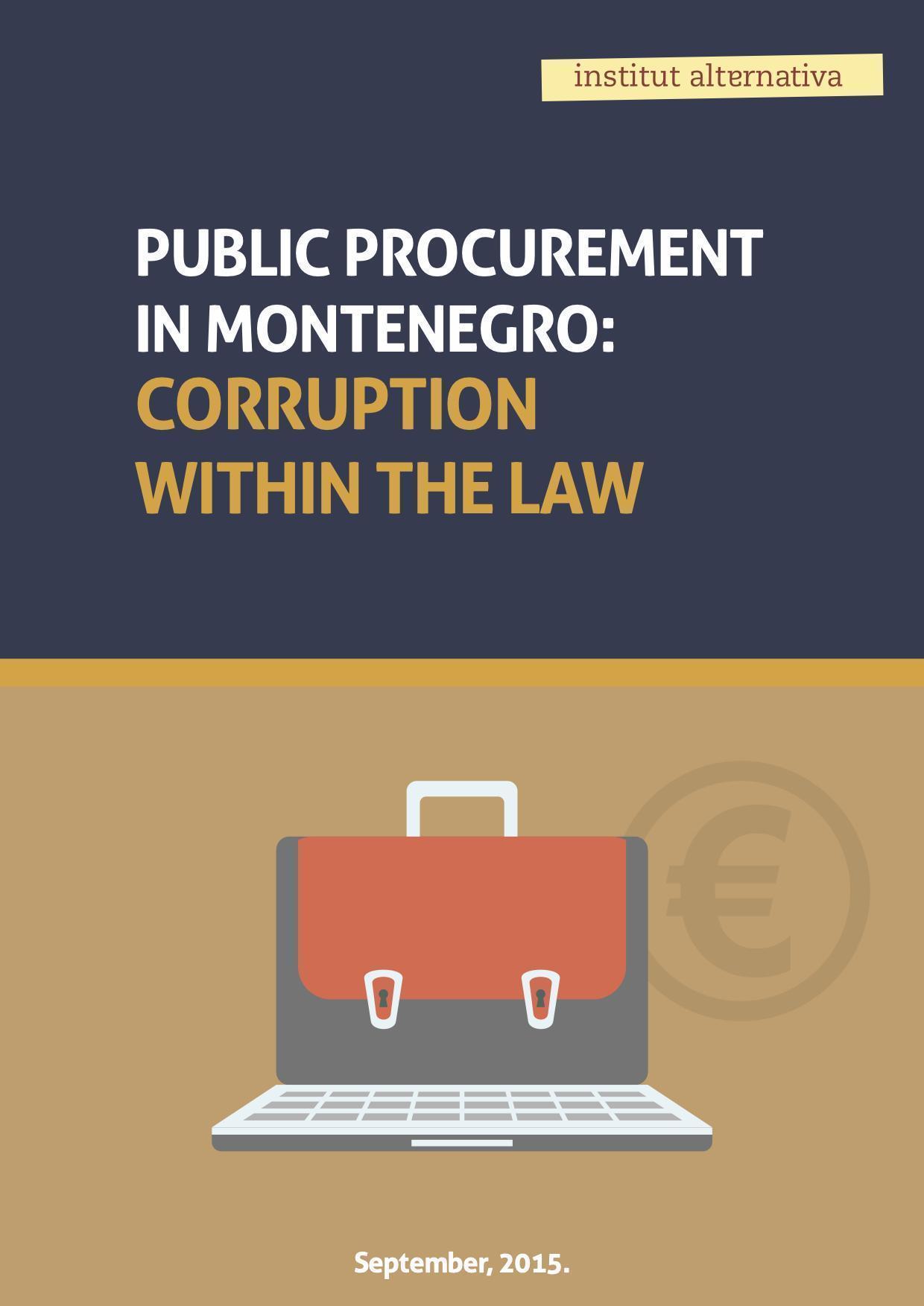 Taking into account our hitherto activity in the area of public procurement, in this report we shall focus on the following:
- Imprecise, incorrect, and incomplete presentation of information pertaining to the procedures and the public procurement agreements concluded;
- Poor implementation of the Law on Public Procurement.

Considering the irregularities we have found in the reporting procedures and the implementation of the Law, we wish to show that the public procurement data is either (a) not made available at all, (b) not sufficiently credible when made available, or (c) presented poorly, all of which bear negatively on transparency. The second objective of this report is to highlight how poor implementation of legal provisions is widening the vulnerability to corruption, while persons representing the contracting authorities in procurement are not called to account, i.e. remain free from any sanctions, while the system enables for covering these practices and presenting them as being within the scope of the law.

As regards the issue of poor reporting, we focused on the functioning of public procurement web-portals, key sections of competent institutions’ reports, the reports on the implementation of the Action Plan for Chapter 23: Judiciary and fundamental rights, as well as the reports of the Coordination Body for monitoring the implementation of the Public Procurement Development Strategy 2011-2016. Special attention was devoted to data which highlights contradictions in procurements at the annual level, which we identified in the reports of public authorities and those presented by the Public Procurement Administration. For illustration purposes, we have shown how the media has reported on public procurement, i.e. what topics have raised their interest. Taking into account the issues we encountered during the monitoring process, we have also pointed out examples of vague or unclear legal provisions, inconsistent implementation, and inadequate planning. We devoted a full chapter to ascertaining the extent to which the amendments to the Law, adopted in December 2014, have managed to improve reporting and remove inconsistencies in the Law. We also offer concluding remarks and suggestions for improving reporting and data presentation on public procurement, as well as for potentially more precise wording of legal provisions.

This report is part of the project entitled “Civil Society and Citizens against Corruption in Public Procurement”, supported by the Embassy of the Kingdom of the Netherlands, implemented by Institute Alternative in 2015. The data used in the report have been obtained through analysis of official documents, media articles, and by consulting individual reports of the contracting authorities on the implementation of the Law both the national and the local level, which we requested through the free access to information procedure.2 During the course of the project implementation, we held four meetings with contracting authorities, bidders, civil society representatives, and other stakeholders expressing interest in this issue. Key information, findings, and recommendations from those events have been used in the drafting of this report.