Results from the public perception survey on service delivery suggest that governments in the Western Balkans are striving towards digitalisation and citizen-oriented services.[1]

This year’s surveys show that all of the countries in the region are either making progress or remain at the level of the first PAR Monitor 2017/2018.

Compared to the results of the previous PAR Monitor, Serbia and Albania record the most noticeable changes with regards to citizens’ perceived simplicity of dealing with public administration. In other words, there were respectively 23 and 18 percentage point increases in these two countries, followed by Montenegro at 14 percentage points:

Survey also show that roughly two thirds of citizens in the region feel that governments are moving towards digitalisation (69%). Apart from Bosnia and Herzegovina, where slightly below 50% of citizens perceive this trend, in all the other countries of the region, between 66 and 81% of citizens surveyed feel this way. At the regional level, citizens noted positive improvement in the time needed to obtain administrative services. This was especially so in Serbia, Albania, and Montenegro, where more than 60% citizens confirmed it has decreased.

It is also worth noting that 58% of citizens in the region claim to recognise governments’ efforts to simplify administrative procedures – more than in the previous PAR Monitor. As before, public administration in Kosovo takes first place according to perceptions, followed by Serbia.

The availability of e-services: more awareness, same levels of usage

The public is increasingly aware of e-services across the Western Balkan countries. Unlike the previous PAR Monitor, no country records below 50% of awareness, with as high as 74% of citizens in Albania:

At the same time, surveys show that most citizens in every country (between 70 and 80%) report that e-services are easy to use. This resembles the results of PAR Monitor 2017/2018, in which approximately 80% of citizens surveyed in all countries included reported the ease of use of these services.

Bearing in mind the high awareness figures, a lack of information on e-services is unlikely to account for the low-level usage. More than two thirds of citizens who used e-services, more or less frequently, had little or no difficulties finalising services they requested. Nonetheless, in terms of public perceptions, there has been tangible improvement in citizen-oriented service delivery in Albania, Bosnia and Herzegovina, Montenegro, and Serbia. On the other hand, the situation in Kosovo and North Macedonia has mostly remained unchanged.

Governments in the WB still do not provide adequate in... 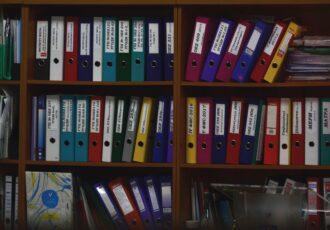 Proactive informing from public authorities is still a... 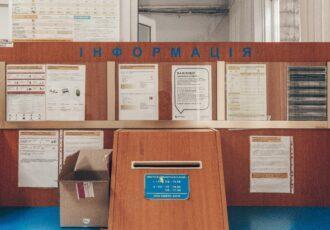 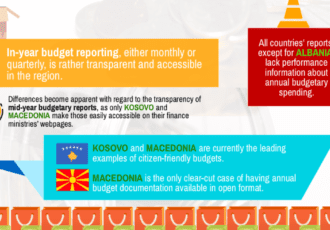 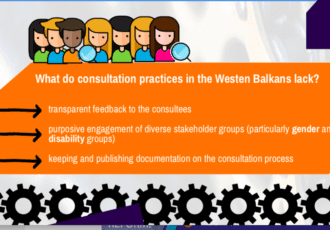 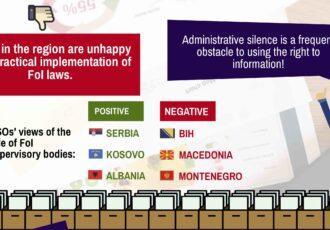