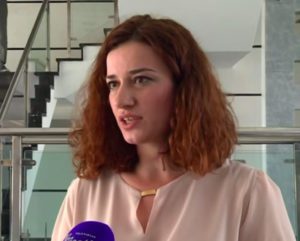 Jovana Marović, research coordinator, has participated in public debate which marked two years since the adoption of the Action plans for Chapters 23 and 24. The debate „Action plans for Chapter 23 and 24: Where do we stand after two year of implementation“ was organized by the Office of the Chief Negotiator on Accession of Montenegro to European Union, in cooperation with the Delegation of European Union and British Council.

Jovana pointed out that hitherto negotiation process within the Chapter 23 can be observed based on 4 criteria:

She added that, apart from completion of the normative framework, we are stagnating by all aforementioned criteria. By adapting the Action plans by the end of 2014, the deadlines for more than half measures related to the fight against the corruption have been postponed. Only 1/5 of measures from this part of Action plan have been completely realized, while the rule is that we lack measurable results within this field. There are not any final legally binding decisions for high-level corruption, and only one financial investigation has been started. Violations of law are not being sanctioned.

Regarding transparency, she pointed out, refusing to report quarterly on the negotiation process in Chapters 23 and 24, closing the Council for the Rule of Law’s sessions for public, refusing to publish European Commission’s opinion of Draft laws are examples which cannot serve as a good example for the quality and the transparency of the process.

Unique model of civil society direct participation within the Negotiation working groups is good. However, representatives from NGO sector in th working group are not equal with other members, since, among other things, they have selective access to information, she concluded.

Apart from Jovana, the speakers were: