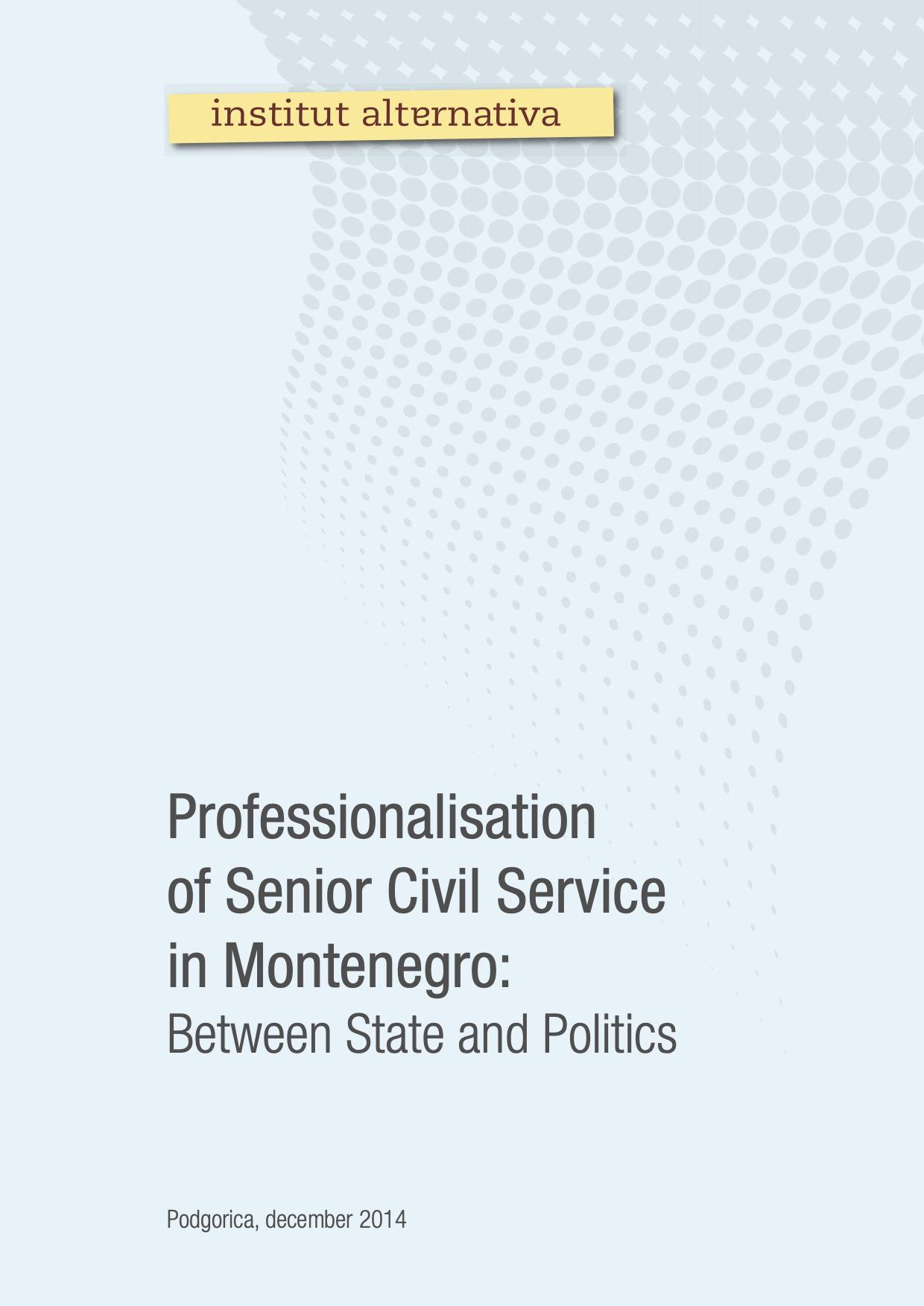 Montenegro has only formally set the boundary between professional functions and political appointments in state administration. Even though the room for political influence on senior management staff and heads of authorities has been reduced with the new Law on Civil Servants and State Employees, the legal framework is still plagued by inconsistencies and imprecise norms that have an adverse effect on the overall efforts towards professionalising the state administration.

According to the existing regulation, senior civil servants do not need to be experts or specialists in the areas they cover. On average, they are mostly required to have an undergraduate degree in social sciences and at least three years of working experience in managerial positions or positions requiring autonomy. The awareness of the need for their further professional development is low, which results in their very low participation in trainings offered by the Human Resources Management Authority.

The legal framework is ridden with shortcomings when it comes to regulating the status of senior civil servants, such as insufficient provisions relating to the conditions for their dismissal and the absence of the requirement of their work’s appraisal. Appraisal of the senior managers’ performance is superficial, and it neglects specific benchmarks existing for their performance appraisal. The rigid wage policy for state management staff leaves little room for flexibility and additional stimuli, a consequence of which is that relatively low salaries are being supplemented through additional remuneration for membership in various working bodies and state enterprises’ managing boards. The average monthly income of most senior civil servants is around EUR 1.000.

Another reason for concern is that the nominally professional nature of the senior civil service is in reality subject to direct political influence through informal practices. A considerable number of senior civil servants, at least 90 of them, are simultaneously members of organs of political parties currently in power, which indicates that Montenegro’s senior civil service is in a conflicting situation of being torn between political priorities of the ruling parties, on the one hand, and the reform priorities, on the other hand. Consequently, the need for further prevention of political influence on this level of state administration is all the greater. An adoption of a special framework of competencies for senior civil servants, which in effect would contain a list of all the necessary skills they must possess, would be a good starting point for further professionalisation of these positions. Legal amendments should also thwart this cadre from participating in managing or advisory bodies of all political parties, and should define very precisely their rights and obligations in cases of deciding to run in elections.