By the end of this year, the new Law on Public Procurement will be discussed in the Parliament, and the Decree which will regulate procurement in the security sector will only apply from 2020. 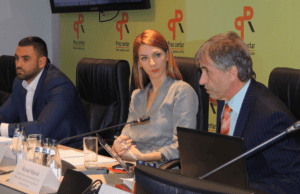 “The European Commission had several remarks on the Law, which mainly refer to legal protection, especially since the members of the State Commission for the Control of Public Procurement Procedures are appointed by the Government, and not by the Parliament”, explained Mujević.

Mujević added that the European Commission had no objections in relation to the state administration intention that the Government’s regulation, instead of the law, regulates procurement in the security and defence sector.

“We received only 3-4 remarks that are to be solved, so we hope that by the end of the year this law will be discussed in the Parliament”, said Mujević.

Asked why the Regulation on Procurement in the Security and Defence Sector was not adopted within the legal deadline, Stefan Šaponjić, Head of the Public Procurement Directorate in the Ministry of Defence and a member of the Working Group for the preparation of the Decree, replied that its Draft was prepared, but ‘’due to the information on the preparation of the new Law on Public Procurement, and on the basis of verbally consent, it is awaiting the adoption of the new Law.’’

“This Regulation is ready and will be adopted after the adoption of the Law on Public Procurement, and will apply from 2020”, added Šaponjić.

Ana Đurnić, Public Policy Researcher at the Institute Alternative (IA), said that this Decree should be made publicly available and that the public discussion should be organised before adoption, so that all interested parties can give their suggestion and comments.

“Having in mind that the draft Decree has already been prepared, the public should be informed on how it regulates the spending of money for procurement in the security and defence sector – confidential procurement, how planning is regulated and reporting on these procurement and which control mechanisms in this respect the Draft Decree prescribes”, added Đurnić. 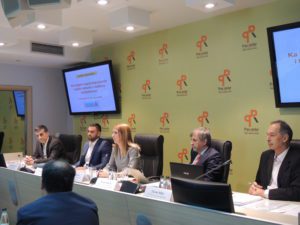 She said that, according to the findings of the Institute Alternative, the Ministry of Internal Affairs so far has not prepared confidential procurement plans, and that the report on them was prepared only for 2014. She also explained that the plans and reports on confidential procurement of the Ministry of Defence for the past five years have not been submitted to the IA upon the request for free access to information, and that the same documents of the National Security Agency were declared “CONFIDENTIAL”.

“Therefore, we can not say that planning and reporting on confidential procurement is well regulated nor that it is in line with the EU Directives”, Đurnić said.

Blažo Savković, Head of the Sector II at the State Audit Institution, whose jurisdiction includes the audit of consumer units in security and defence sector, said that, according to the audit findings so far, ‘’the Ministry of Interior failed to plan procurement well’’ and that this contracting authority does not adequately assesses its needs at the beginning of the year, which later leads to problems in the implementation of the Public Procurement Plan.

“The first indicator of bad planning are the frequent changes to the Public Procurement Plan – up to nine times during the year. Although this is permitted by law, it is usually an indication for us that we should do the in-depth research”, Savković said, adding that poor planning and assessment of authorities’ spending needs often leads to the implementation of procurement procedures in a manner that is not in accordance with regulations.

Zoran Milić, Head of the Public Procurement Bureau at the Ministry of Interior, said that this ministry spent about 58 million euro for public procurement in the previous five-year period. 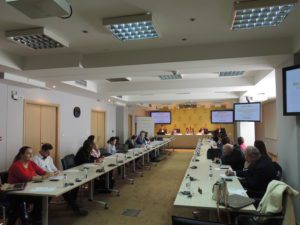 “There are differences between the planned and executed public procurement budget because some tenders are announced at the end of the year, in November and December, but can not be finished until the end of the year”, Milić said, adding that it was not about poor planning.

During the discussion Marta Šćepanović, a member of the Democratic Party of Socialists in the Parliament of Montenegro and a member of the Parliamentary Committee for Security and Defence, said that “the issues raised at this event are of a great importance and largely in the domain of the work of the Security and Defence Committee”. She recommended that “Institute Alternative initiates a control or consultative hearing on procurement in the security and defence sector, based on the findings of this event and earlier findings of the Institute Alternative”.