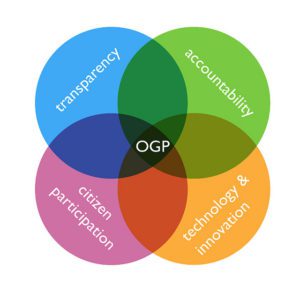 At the moment, there is ongoing work on the preparation of the second Action Plan of Montenegro within the global initiative Open Government Partnership. The working group in charge of preparation of this document is actively considering the large number of ideas submitted by members of the working group, consisted of the representatives of the Government and NGOs. Institute alternative is one of, currently, four NGOs which are part of this team. Three others are CCE (Center for Civic Education), CDT (Center for Democratic Transition) and MANS (Network for Affirmation of NGO Sector).

IA has submitted ten key recommendations with the aim of reforms in the field of increasing public integrity, efficient management of the public resources and responsible Government work.

When it comes to transparency of public finances, we have recommended the establishing of the public register containing all projects financed from the capital budget of Montenegro. It would contain the data on invested resources and current stage of the project. We have proposed that each project was presented with its full documentation and simplified description, the amount of resources invested for each year and the current stage of realization of the project. The register would be public, easy to use, search and retrieve data.

Bearing in mind that significant resources of citizens are being spent through public procurement procedures, we have proposed an urgent improvement of the situation on the Public Procurement website. In order to improve transparency, the amendments to the Law on Public Procurement are urgently needed:

It is also necessary that all state bodies have the special section on their websites publishing of data, information, documents, from which the designation of secrecy has been removed or has expired within the legally specified period, as well as the decision on the establishing of the commission to periodically review as well as short information about their work and results.

One of our proposals relates to the improvement of the work of the Ethics Committee to monitor the application of the Code of Ethics of state employees. It is necessary to introduce the amendments to the Code of Ethics to proscribe an obligation to publish a public call for all officers, employees and representatives of civil society organizations to apply for membership of the Ethics Committee. The procedures for the election of members of the Board should be made on the basis of consultations between the heads of state bodies, taking into account the professional and working quality of the applicants when talking about civil servants and employees, and with respect to the expertise of civil society organizations. It is also important to establish the site of the Ethics Committee which would publish all the relevant information about its work, and also provide the citizens with the opportunity to submit complaints online.

We have proposed measures for improving keeping track of statistics in the field of criminal law and judiciary: to form a working group which will consist of representatives of the Police, the State Prosecutor’s Office, Supreme Court, Ministry of Justice, etc., which will prepare the analysis of the current situation and differences in the statistical reports of the Police, the Prosecution Office and of the Courts, and to propose measures for the gradual harmonization of statistics, with a deadlines for the implementation of the conclusions and recommendations.

Finally, it is necessary to amend the Law on Public procurement in way that it will proscribe, apart from the obligation of the publishing the direct agreements: