Skip to content
Institute Alternative » Parliamentary program » Press release: Passivity in work is not a recommendation for reelection 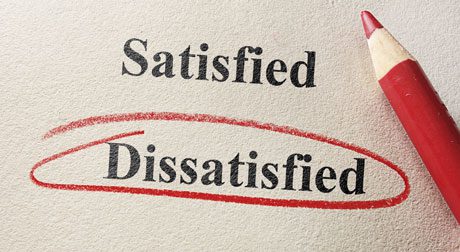 Institute Alternative (IA) does not support the reelection of the current Protector of Human Rights and Freedoms, because passivity at work shown during his previous mandate does not constitute a good basis for his reelection.

IA has pointed out on multiple occasions the ommissions in the work of the current Protector of Human Rights and Freedoms/Ombudsman, therefore the reelection of Mr Baković’s candidature cannot be supported again. It is our opinion that he has not contributed enough to the positive effect of the Institution of Protector, which has been recognised by the European Commission (EC) in its Progress Report on Montenegro for 2015, estimating that the capacities for efficient handling of complaints are still limited, despite certain improvements in terms of resources.

Although there is a relatively high level of implementation of recommendation that the Ombudsman carries out, overall, the number of carried out recommendations is still low (just 77 recommendation for 24 months), which demonstrates the lack of proactivity of this institution when it comes to the protection of human rights by the public authority body.

Some of these issues are also acknowledged by SIGMA, the joint initiative of the EC and the Organisation for Economic Cooperation and Development (OECD) in the Report on Principles of Public Administration in Montenegro. SIGMA also points out a small number of recommendations of the Ombudsman and points out the negative opinions of several NGOs regarding its work. We consider that the Parliament and national institutions should acknowledge these positions of the civil society.

In addition, when it comes to nominating the Ombudsman, when proposing just one and the same candidate by President Vujanović, the competition for election for that position is put into jeopardy. Therefore it would be necessary to use the opportunity of proposing more than one candidate, in order to elect a new Protector of Human Rights and Freedoms according to the principle of competition and based on his/her knowledge of the modern concept of human rights as well as the personal and professional qualifications.

The current Protector of Human Rights and Freedoms has not therefore made the expected progress of this institution, which does not recommend him for being reelected the Protector. We therefore call for the members of the Parliament of Montenegro not to support the suggested candidate.