The number of employees in Montenegrin municipalities has increased by more than 1200 in comparison to the year 2012, despite the announcements that this number would be rationalized in accordance to quotas established beforehand as well as with regulations stipulated in the Public Sector Internal Reorganisation Plan.

On September 30th 2014, Montenegrin local governments had around 12000 members of staff including all administrative authorities, institutions and companies founded by the municipalities. This number of civil servants and employees is significantly higher than the one stated in the information given by the Ministry of Finance from 2012, which has also been evaluated as exceptionally high in the Public Sector Internal Reorganisation Plan. The Plan offers a projection than municipalities have more than 1000 member of staff than needed, and suggests reducing this number until the end of year 2016, in accordance to the established annual dynamic. Nevertheless, recently published data show that almost all municipalities have increased the number of employees. In two-year period, more than 1200 new members of staff have been employed, with Berane, Nikšić, Pljevlja and Podgorica as municipalities which were the leaders in this trend.

The policy of the permanent employment which is not based on human resources planning, analysis and real necessities does not contribute to the consolidation of the public finances. As a reminder, total debt of the local government is around 348, 89 million euros.

The municipalities do not fulfill the other requirements as well which are related to the reform of the civil servant system and so far none has prepared the analysis on maximum number of officers, neither the plan to reduce the number of employees, while the relatively small number of municipalities has adopted new Rulebooks on Internal Organization and Systematization. Moreover, the capacities of local governments to manage human resources are extremely limited.

the transparency of the procedure of employment and promotion at work, considering the fact that more than two years have passed since the beginning of the application of the Law on civil servants and state employees, and not even the prerequisites have been fulfilled nor adopted.

The previous steps in the rationalization of the number of employees do not offer enough space for the optimism when talking about depoliticization and professionalization of the public administration in Montenegro, especially taking into account the context of the negotiations for the full membership in the European Union, where the reform of the public administration is the umbrella for all other reforms as well as one of the requirements for the advancement in the process. 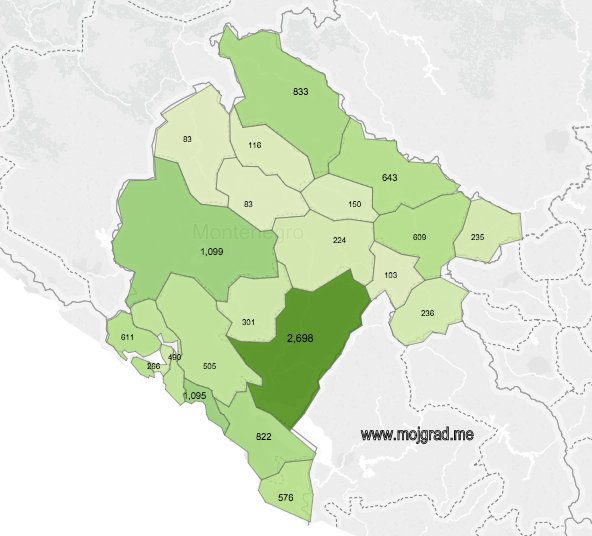